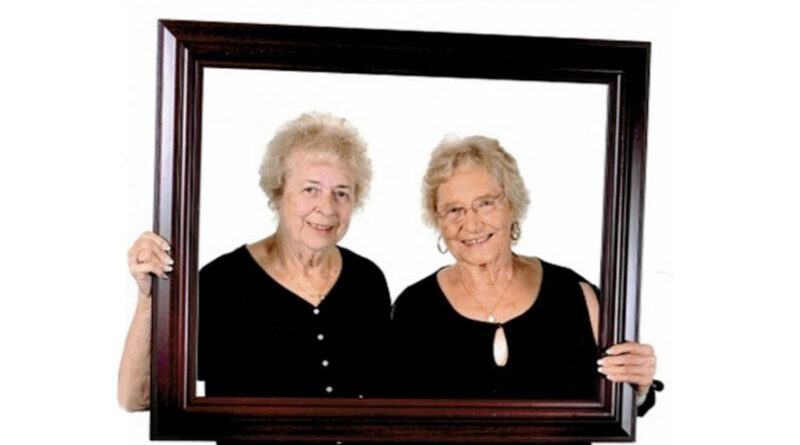 The store, which offers costumes for children and adults as well as makeup, accessories and novelties to meet its theatrical, business, school and Halloween needs, has been a staple in Rochester for more than 60 years.

But do people realize that five generations staff Arlene’s?

It’s all a family affair: Arlene Stephens, 85, her sister Donna, 82, her daughters Cindy, general manager, and Dawn (warehouse manager), her granddaughter Terry, marketing manager, and her great-granddaughter Mollie, who does face painting and temporary tattoos.

In an era where retail businesses come and go, Arlene’s has a legacy that began in 1956.

Arlene and her mother, Mildred “Molly” Stephens, ran a small shop on East Main Street in Rochester. The Next to New Shop was a vintage and consignment clothing store.

Why did smiling women leave the store with unmarked brown paper bags? “It was very taboo back then to be seen in ‘used clothing’, unlike today where it is considered chic,” Arlene says.

Arlene and her mother Molly paid close attention to the conversations of their customers. Harried mothers talked about the need for costumes for their children, something unique that would befit the imaginations of their children, and the unspoken competition between kids for best costume. On Halloween, Molly and Arlene would watch women scramble to make costumes out of material and embellishments or even garbage bags. That is when Arlene and Molly went to work making costumes for children in the neighborhood.

The mother-and-daughter team soon outgrew their retail space, renamed the shop as Arlene’s Costumes and moved to a different location.

Rentals such as overhead parade outfits and vintage period costumes were the main attraction.

Now in a showroom on Portland Avenue, the store offers traditional Halloween costumes for children and adults as well as theatrical makeup, accessories and novelties.

“Adults love Arlene’s Costumes as much as kids do,” Arlene says. “There might be a nostalgia factor, but it also has to do with the incredible selection of costumes and accessories for time periods like the Roaring 20s — which is especially popular this year being 2020.”

If people think older adults are satisfied with the status quo, they have not met this lively sister team.

“We have also developed our own ‘side hustle.’ Just over 25 years ago, we took our theatrical makeup department up a notch and started doing airbrush face painting and temporary tattoos for birthday parties, community and school events, holidays, corporate events and more,” says Arlene.

In 2015, they took their one-stop disguise shop on a whole new level. Always a company that stays on top of trends and technology, they started selling beyond their own website and started with Amazon, and then with eBay, and with Walmart.

Arlene’s Costumes has recently been doing a warehouse sale, to sell off some of their retired rental costumes and accessories, as well as discontinued items. They have concentrated on marketing to theater groups, cosplayers and schools. The sale will be expanded to include more brand-new discontinued costumes and accessories. The store owners expect a greater volume of customers because of Halloween and the deals they are offering.

Arlene and Donna have been instrumental in making special moments for thousands of people.

“One of the most touching memories we have was a 9-year-old girl and her uncle, recalls Arlene. “She had just lost her parents and her uncle was doing his best to help her enjoy Halloween on a shoestring budget. All she wanted was to be a bird, but a full costume was not within their budget. We did have accessories that we could piece together with her regular clothes. We found her a cape, feathers and a boa and showed them how to put the costume together. On Halloween, she came back for trick-or-treating in the mall. She ran up and gave us a huge hug. We were all crying as she skipped off twirling around tweeting like a bird and loving Halloween.”

What keeps these energetic women in their 80s going?

“We love working with our customers,” says Donna. “It is more than helping find a costume. It’s about making memories that last.”