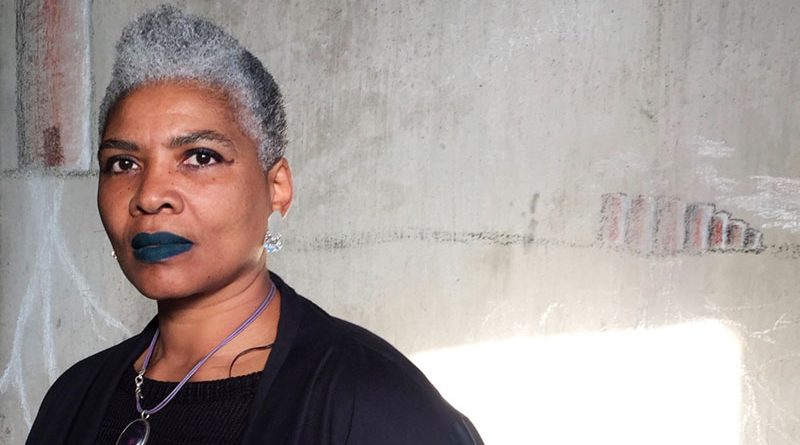 Stylists say they see many more women over 55 embracing their natural gray. Is that a new trend?

People all over town stop Brockport resident Elizabeth Banner to ask about her hair.

“People always, all the time, come up to me and say your hair is so beautiful. I’ll be in an airport or at Wegmans and these people they’re just, ‘What did your hairdresser do?’ And I’m like ‘this is God!’ It’s never been a big deal to me and people make a big deal out of it.”

What’s so different about Banner’s hair?

It is a lustrous, healthy silver-white.

In recent years, stylists are witnessing many women over 55 embracing their natural gray. But what has prompted this trend?

It’s not a simple answer, but Andrea Bonawitz, owner of Parlour Salon in Rochester, said that some clients want freedom from the hassle of coloring their gray on a regular schedule.

“It is just stressful to have to be in the salon that much or have to book your life around your hair.”

For others it is about embracing an authentic self, a self that doesn’t conform to traditional beauty standards.

Jen Marks, who styles hair at Surface Salon in the South Wedge, said she noticed the same trend. “I think it’s a rebellion for people that are getting more mature.”

But whatever the reason, it appears to be a trend that isn’t going away anytime soon.

• Banner, 57, a music teacher at Brockport High School and SUNY Brockport, never considered dyeing her hair. “I never think about my hair color. I think more about the shape of my hair, and I’ve never thought about coloring.”

She saw her mother go gray without coloring, so she followed her example. And the chemicals found in hair dye gave her pause. “The chemical aspect was a little daunting to me. I didn’t know if it was healthy, especially so close to my brain.”

When asked if gray hair was a negative sign of aging she laughed and said, “I don’t feel old because I have gray hair. I’m a kid still!”

• About three years ago Cecilia Moffat, 57 of Spencerport, was dyeing her gray hair every five weeks. One day she noticed that gray roots were peeking through near her temples. The coloring upkeep was just getting to be too much.

Moffat, a retired elementary school principal secretary, didn’t want a harsh line between her colored hair and her gray hair. She went to stylist Jill Glidden of Jill’s Boutique in Brockport for help. Glidden started by highlighting her hair with lighter streaks. Every time Moffat came in, they went lighter with the highlights. Finally, they got to a point where the highlights were similar in color to her natural gray hair. Today her hair is a color-free salt and pepper. She noted that, “it’s a lot healthier than it used to be.”

• Annette Daniels Taylor, 54, is an artist and poet in Buffalo. She started coloring her hair to cover her gray in her late 30s because, “I thought they made my face look tired and washed out.”

But in her 50s, she noticed that her fast-growing hair required color touch-ups almost every two weeks. She was tired of it and decided to accept what nature was offering and save some money to boot.

“I didn’t appreciate having a financial dependency on a beauty corporation to simply hide what was actually a beautiful natural occurrence. I earned these gray hairs. They were a part of my new chapter in life. So, I allowed myself to accept being a ‘Silver Fox,’ and I allowed my hair to gray naturally and accept the beauty in my new self, my silver self, and all its lovely stunning senior beauty!”

• Nancy Washer, 59, of Brockport also teaches music at SUNY Brockport. She’s always been about ease when it comes to her hair and crops it short to keep her grooming routine simple. Her hair is a rich brown with gray streaks blending throughout. But, like Banner, she didn’t even consider dying them. Her decision was based on ease, but she is also aware of the underlying statement going gray can be for women.

“As a woman you are always supposed to look young and that’s ridiculous. It is unrealistic. You can’t always look young because you age. [Coloring gray hair] sets an unrealistic standard for everyone.”

She also said she is seeing the gray hair trend among younger women and has witnessed her students dying their hair gray. She wondered if this is a sign of a new generation flipping beauty standards on its ear.

“As men age and they go more white or gray they become more distinguished and people take them more seriously, whereas when women go gray or white, they become invisible. Is this trying to counter that?”

• Ellen Bahr, 65, also of Brockport first decided to dye her gray hair when her daughter was a little girl. Someone asked if she was her grandmother, and that sealed the deal. But that little girl grew up, and Bahr was weary of the constant dyeing. Besides, so many of the people in her family had nice white or silver hair. She figured it was time to join the club.

She started with some silver highlights and over time it became clear that her natural hair was about the same color as the highlights. Today, her hair is all white, and Bahr said it feels much healthier than before when she said it felt like “straw, unnatural.”

“It feels good now and feels very nice to just be who I am.”

Tips from the Pros

All local hair stylists interviewed for this story agree that everybody’s natural gray, silver or white hair is different, so care can vary widely from person to person. But, in general all agree that talking to a stylist or color specialist can help you determine the right way to treat gray.

There are shampoos and conditioners, some with a purple tint, that can help with shine and luster. An occasional deep cleaning with a special shampoo can wash out pollutants like cigarette smoke and mineral deposits from water.

As for preventing gray hair, it’s not possible. Going gray after a “shock” is just an old-wives’ tale, and if you want to know what to expect look to your family as genetics is the biggest gray hair determinant.

But the question isn’t simply whether to dye or not. Andrea Bonawitz, owner of Parlour Salon in Rochester, said that there are plenty of options out there.

“You can do color services that don’t read to the public or viewer like you’re coloring your hair. You can do gray enhancement services, you can do gray blending services, so that while you are in the process of transitioning into your white hair or your gray or out of color you can do things that make that transition much easier, and it doesn’t look awkward.”

Going gray after 55 is ultimately about freedom.

“They are freeing themselves up in other ways at that age, too” said Bonawitz. “It is a really beautiful season of life as they are preparing for retirement because they are saying, ‘I’m finally ready to embrace who I am.’

Photo: Annette Daniels Taylor, 54, started coloring her hair when it first became gray but ultimately she said it was too much work. “I didn’t appreciate having a financial dependency on a beauty corporation to simply hide what was actually a beautiful natural occurrence. ” Photo courtesy of Bleu-Ruby Daniels -Taylor.