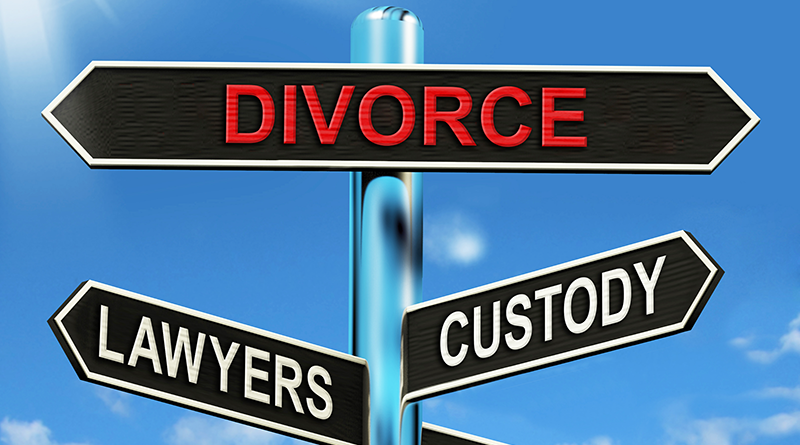 The overall divorce rate may have dropped but it’s gone up for seniors. According to figures from Bowling Green University’s National Center for Family and Marriage, roughly one in four divorces involves couples over 50 compared to one in 10 couples in 1990.

Living longer is one of many reasons. Thanks to longer longevity, someone in their 50s could easily live another 25 to 30 years and that may be too long for a dissatisfied spouse to bear. Many boomers are already in their second marriage and not afraid of terminating another one if need be. It could be a consequence of the empty nest syndrome. It could be the result of a difference in spending habits. It could even be out of economic necessity.

Whatever it is, society inflicts less moral judgment on it today than it used to, says Rochester attorney Sharon Stiller, a partner in the Rochester office of Abrams, Fensterman, Fensterman, Eisman, Formato, Ferrara & Wolf, LLP, who has had divorce clients in their 80s.

Stiller said she felt that judgment when her own parents divorced when she was growing up. Today, however, even the Pope is rethinking the Catholic Church’s position on it. Being happy is important.

Pittsford-based Louis Falvo of Cross Roads Divorce Advisors LLC recalled when he was going through his own divorce in 2008 that while his attorneys were great at fashioning legal agreements, they weren’t nearly as adept at dealing with the short and long term financial implications of the divorce and those financial considerations are arguably the most important element. More than a house and a car put together, “Divorce is the largest financial transaction that someone will go through,” Falvo says, necessitating the need for financial planner assistance. Issues include property, spousal support, social security and health benefits.

Men may have more of a financial advantage if the wife stayed home, raised children or interrupted her professional career.

“Women’s retirement lasts longer and costs more than men’s,” says Falvo. “Expenses can go up 30 or 40 percent after the divorce. If the couple did any financial planning prior to the divorce, the plan is irrelevant because it was based on the couple staying together through retirement until death.”

Retirement assets including pensions, social security and marital property aren’t going to be the same and there is less time left to recoup the loss.

Falvo recommends a gray divorce team approach that includes an attorney, a mental health professional and a financial professional trained in divorce finance issues. Falvo guides clients before, during and after the divorce to help comply with divorce agreement provisions and judgments, maintaining a budget, financial strategy and protection of assets in the future.

“A lot of people [women in particular] just want to get out of the marriage but it’s critically important to make sure the resolution they come up with is sufficient to support them,” attorney Stiller says.

It’s important because they may not be able to return or get into the workforce, may not have sufficient retirement funds and social security benefits may not be enough to maintain the lifestyle they’re accustomed to.

Divorce venues such as collaborative law and mediation encourage parties to work out their own resolution which can make post-divorce life a lot easier. Since New York is an equitable distribution divorce law state, that’s what courts will do unless the parties can reach their own agreement. A 50/50 split isn’t necessarily the best solution, however. Some give and take can be beneficial in the long run.

Coming up with a mutually agreeable resolution with attorney and/or mediator oversight saves parties acrimonious courtroom battles and having a judge issue a decision on divisive issues.

Stiller says people are more likely to comply with decisions they’ve made themselves and collaborative law offers a gentler and more dignified process that is particularly suited to gray divorce issues such as the illness of a spouse or their inability to work and make money.

The illness of a spouse is a sad contributor to the increasing gray divorce rate since older couples may divorce just to protect marital assets from being taken to pay for the health issues of a spouse.

“If the health of a spouse isn’t good and they need long-term care, divorce may be an option. It’s out there,” says mediator Renee LaPoint who came from a mental health care background to divorce mediation. “It’s a sign of where we are in our health-cost system.”

Elder law attorneys and financial professionals can help by creating asset protecting trusts for health care and other issues such as the needs of adult children. Reducing the amount of assets a couple has in their name so that they qualify for Medicaid is a planning tool worth considering, the experts interviewed for this story said.

No matter what the reason is for the divorce, LaPoint says there can be a lot of collateral damage and it can be hard to deal with. “A party can lose more than a spouse and money in gray divorce. Friends and family may take sides and adult children too.  Having as big a support group as possible is a key to navigating the emotional side of gray divorce including friends, family, church and clergy, and community when the spouse they’ve paid so much attention to in the past is gone.”

Corresponding with the increased rate of senior divorce is a rise in seniors re-marrying. It’s not uncommon for Stiller to see divorce clients return two or three times. Re-marriages are even more likely to end in divorce. People with assets to protect need an enforceable pre-nuptial agreement to protect those assets and the people they’ve worked so hard for in the past.

Longer life expectancy, illness of a spouse, empty nest, difference in spending habits are some of the reasons contributing to high divorce rate among boomers