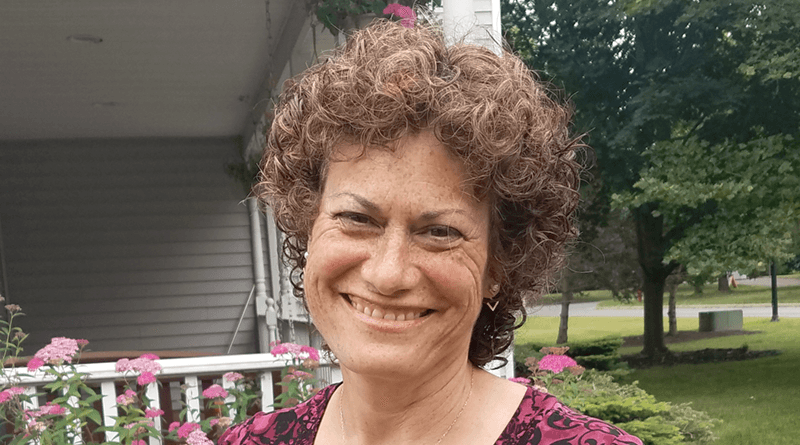 It all started with some words scrawled across a napkin during a lunchtime brainstorming session in 2013: grant writing, evaluations, project management and professional development.

In just a few short years Sara Silverstone, the CEO and founder of Brockport Research Institute (BRI), turned that napkin and those words into a full-fledged business with more than 40 consultants working on projects for nonprofits and educational institutions around the country.

Silverstone, 57, was a scientist and professor before she founded BRI. She holds a Ph.D. in microbiology from the University of California at Davis and taught locally at the College at Brockport in the biology department.

Several years ago, a business person approached her about doing some microbiology consulting regarding a product he had developed to eliminate bacteria. She found the project fun and not terribly difficult, so she sought out other consulting opportunities.

Silverstone then expanded her consulting to include mold inspection for home and business owners. But, “ultimately moldy basements weren’t my thing.” said Silverstone. “It did pay well, but I didn’t see it growing. I also felt it wasn’t the most valuable use of my time.”

In 2013 the Boards of Cooperative Educational Services (BOCES) of New York was looking for grant writing help, and Silverstone saw an opportunity.

She wrote seven grants for them listing herself as the person who would evaluate the projects if they were funded. To Silverstone’s excitement all of the grants she wrote were awarded to several area schools. That’s when the brainstorming session with the napkin came into play.

Those seven grants and that napkin became the start of Brockport Research Institute (BRI).

She then became a certified woman-owned business through New York state. But she knew she couldn’t evaluate and assess all of these projects alone. Silverstone decided to turn to her local MOMS Club (Moms Offering Moms Support) in Brockport to find friends to help her out.

“I realized that in the MOMS Club there are a lot of women that are very capable and had tremendous potential. I saw things like the newsletter, fundraisers, and the book clubs they did. The amount of organization that goes into that is really impressive.”

Soon, several MOMS Club members were assisting Silverstone with her evaluations and grant writing, and BRI grew exponentially in terms of their client base.

Silverstone also recruited from her club hockey team, Ladies on Edge. Michelle Viola of Brockport is a mother of seven who managed Ladies on Edge and was good friends with Silverstone for many years prior to the formation of BRI. Silverstone recognized some of Viola’s unique interpersonal skills and saw potential for her in human resources and corporate organization. She encouraged Viola to work with her and in 2017 she began as a part-time consultant. Today she is BRI’s full time executive administrative assistant and cheerfully called herself BRI’s “biggest fan.”

Silverstone and her staff also evaluate grant projects, have a full catalogue of professional development classes, and also work with clients on project management.

Silverstone noted that BRI’s success has quite a bit to do with how the company works with their consultants and employees. When she hires someone, she starts them out on a single project or on a part of a project. Giving a new person just one task gives both Silverstone and the consultant the space and time to see if this is really the right job for them. And there’s lots of flexibility built into the work her employees do as well. Since they work remotely they have the freedom to work during the hours that fit around their personal life or around other jobs they may have.

“[BRI is] “very aware of what everyone’s lifestyle demands are,” said BRI employee Kate Caccavaio of Brockport. “For example, parents often work in the evenings and not so much over the summer, while working teachers can do more summer projects. I see BRI as very accommodating to people.”

It was this flexibility that drew Caccavaio to BRI. Caccavaio has a Ph.D. in English but was looking to step away from an academic career when her father became ill. BRI allowed her to use her skills as a writer while affording her the flexible hours she needed to care for her father.

The first grant she wrote won her nonprofit client over $100,000. Today she is the lead grant writer at BRI and one of the very first full-time employees of the company.

Caccavaio isn’t the only employee at BRI who stepped into grant writing and evaluation from a humanities background. Shellie Clark of Churchville is BRI’s current director of grants and is working toward her Ph.D. in history at the University of Rochester. Clark wanted to work in grant writing, but many places wanted volunteer work or years of prior experience. But Silverstone saw her potential right away and knew that her skills as a historian were transferable to grant writing.

“[Grant writing involves] a lot of research, analysis, and writing skills, and if you can follow a syllabus for a history class and write a decent research paper you can write a grant. It’s really very much the same skills,” said Clark

As for the future of her company, Silverstone said that “there’s unlimited potential for growth.” She hopes, to grow beyond New York as well.

“I have this vision of having satellites in other states.”

Clark said that BRI is doing valuable work, and she hopes that they can continue to help clients reach their goals and dreams.

“What we do is not just a job. We understand that at the end of the day we are usually helping somebody. Our work ends up helping to provide scholarships for students, it helps provide better education programs and there’s a real commitment to that.”

Photo: Sara Silverstone, 57, was a scientist and professor before she founded Brockport Research Institute.