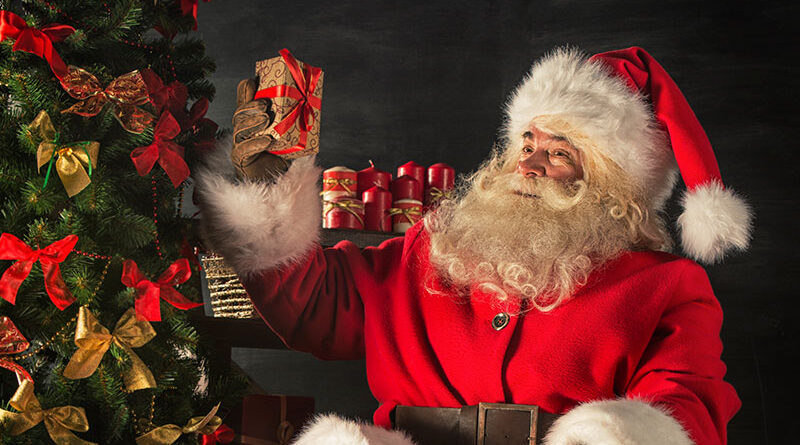 Portraying the Jolly Old Elf requires people skills, an engaging personality and a boatload of patience

It takes more than a red suit and white beard to play Santa for children, or, at times, grownups.

As these professional Santas attest, portraying the Jolly Old Elf requires a few people skills, an engaging personality and a boatload of patience.

“Some do it for the money, others for the love of Christmas,” said Cindy Sinopoli, general manager of Arlene’s Costumes in Rochester. “Some do it because they love kids. I’ve met all kinds.”

Her husband, Vic Sinopoli, now 67 and a retiree from working maintenance at Rochester City School District, portrayed Santa for two decades with his brother. At first, he dressed up only for his and Cindy’s children, until they realized “Santa’s” real identity. Eventually, he donned the Jolly Old Elf’s suit, wig and beard to raise extra money to fund his own children’s Christmas gifts.

Sinopoli has ho-ho-hoed at daycares, corporate Christmas parties, private homes and other events.

“I liked watching the excitement in the children’s faces and the anticipation,” he said. “At daycares, the kids would always get so excited. They’d want to give Santa a hug.”

At a Xerox Christmas party, he had a family approach them with a newly adopted child who spoke only Italian.

“Being of Italian descent, I knew a little bit and could converse with the kid,” Sinopoli said. “I asked his name and what he liked. He lit right up and the mother started to cry. After the child left, she gave me a hug. I said she was lucky if she had said Haitian or Spanish, we’d have a problem. It sealed the deal that Santa could talk with him.”

He would also appear as Santa for a Christmas in July event at Wildwood Lake, a campground in Medina that is now a KOA camp.

“We’d set up games and give out trinket presents and do games, snow cones and ice cream and things like that,” Sinopoli said.

In his Santa experiences, sometimes children would cry or appear mesmerized by Santa. But most of all, it was excitement to share their wish list as they sit in Santa’s lap.

While Sinopoli enjoyed his years in the red suit, arthritic knees and open-heart surgery 10 years ago have forced him to set aside public Santa appearances.

“Having kids sit on my lap, my knees weren’t taking it anymore,” he said. “I handed it down to my one son who did it a few years. Now we do it for my great nieces and nephews.”

During the pandemic, it has been more of a drive by and delivery visit. However, Sinopoli said picking up the children’s gifts from relatives and his son delivering them as Santa made the little ones’ Christmas more special.

“It’s about the look on their faces, the excitement and they ask you all kinds of questions like how the reindeer are doing,” Sinopoli said. “I used to carry a set of jingle bells my father had on a leather strap on the front door. I’d carry them over my belt. Whenever I got a kid who was standoffish, I’d say they were magic bells and I’d use them when I needed the reindeer to come pick me up. They were Rudolph’s bells. I’d put them on his harness on Christmas Eve.

“When you see the kids’ faces and their eyes get big, when they want to hug you, it’s unconditional love. They don’t know you but they love you.”