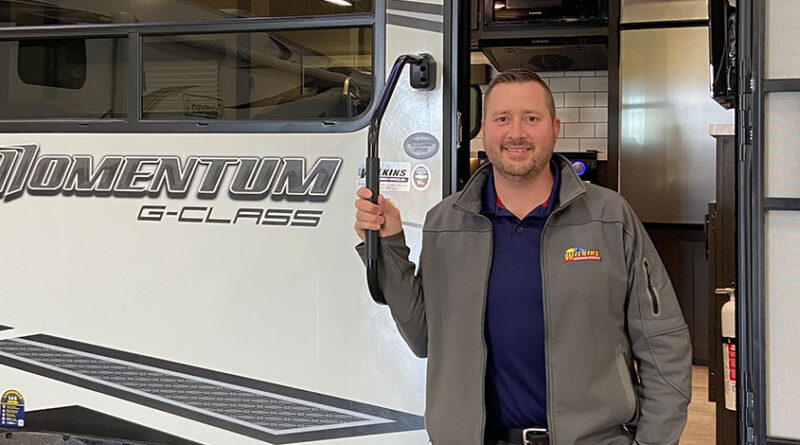 Typically, wintertime is an ideal time to purchase an RV, but this is no typical winter.

Like many industries, the recreational vehicle industry has felt disruption from the pandemic.

Consumers have flocked to dealers to buy RVs as a means of vacationing safely. This has decreased the supply and driven up prices. Interruptions to supply chains and labor shortages have contributed to shortages of supplies necessary to the manufacture and maintenance of RVs. Shortages also increase prices and generate frustration as consumers cannot acquire what they want in their expected timeframe. Higher costs for gas and tighter budgets because of inflation have also caused some consumers to put their RV dreams on hold.

But for those less affected by inflation, it may be time to consider an RV.

Tammy Mogiliski, certified financial planner with Legacy Financial Planning in Rochester, said that those interested in an RV should consider how much they will use it.

“Most people use it for a certain period of time and sell it because they no longer travel,” she said. “It may be just three to five years and then it will sit in their driveway.”

Since RVs are a depreciating asset, those who will use an RV for only a few trips should consider renting one. But these drawbacks should not hinder someone who can view an RV as a means of travel, like going to Europe, and not as an investment.

“Look for one gently used,” she advised. “They depreciate so quickly when they come off the lot. You will have tied up capital. Renting may be a better choice before you commit to one.”

That is especially true for people who want to use an RV as part of their snowbird plans. Undertaking the RV life for travel or as a part-time dwelling has a learning curve and possible complications as supplies and parts are still challenging to get.

“It’s a hit and miss,” said Lori Miller, operations manager at Brad’s Trailer Supply in Rochester. “We’ve got some companies where we can get products in a decent timeframe, and some take a while. We don’t know what’s coming in and what isn’t.”

Some items such as awnings or RV appliances can take two to four months to obtain, for example.

“Some parts are accessible; some are a few weeks out,” Perry said. “It goes in spurts.

It’s been a little frustrating for customers who have things break.”

He said water heaters, A/C units, awning fabric, Fiberglas body panels, sheet metal and manufacturing glue have been difficult for manufacturers to obtain. This has hampered restocking the supply of RVs.

“We are seeing some increases in costs but come in and see if there’s something you like before we’re out of inventory and before prices increase further,” Perry said. “We still have inventory at a reasonable price, as it is always good to come in the off season. Traffic is slower and the consultants have more time. Our inventory levels creep up in the off season. During March to May it dwindles down.”

Larry Marvin, owner of Family RV in Newark, said that his stock of towable travel trailers and fifth-wheel campers has risen compared with last summer.

“The popular floor plans are back in stock,” Marvin said. “There’s probably not a better time to buy because come spring, everything is jumping 8% to 10% in price. Plus, there’s inflation. In six months, inflation will raise the prices.”

He affixes the blame on the increased price in shipping and the rise in labor costs.

“Lately, just like cars and the price of beef and fuel, it’s inflation,” he said. “The costs are out of our control.”

He encourages shoppers to look now to save a few thousand compared with the costs in warmer months.

Featured Image: Eric Perry, sales manager at Wilkins RV. “We still have inventory at a reasonable price, as it is always good to come in the off season. Traffic is slower and the consultants have more time. Our inventory levels creep up in the off season.”