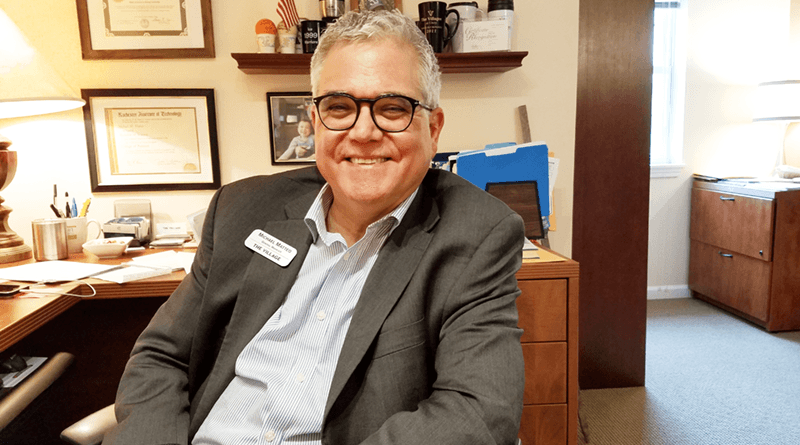 A former executive chef at Marriott now serving as general manager of The Village in Rochester, Michael Matteo focuses on bringing performing arts to his residents

Michael Matteo had to get his hands on a Mickey Mouse costume, stat.

A 7-year-old girl had chosen to visit her grandmother at The Village at Unity, a senior living community in Rochester, instead of taking the trip to Disney World her parents offered. But she missed her “Nonnie,” so off to Rochester they went.

Matteo, general manager at The Village, called his life enrichment department, and they found the mouse suit. When Nonnie’s little granddaughter walked through the front doors at The Village, Mickey was there to greet her. Joining Mickey that day was a group of “Mouseketeers” (Village staff) singing the Mickey Mouse Club theme song.

Matteo still has a set of mouse ears in his office to commemorate the Disney day he created for a very lucky family.

For Matteo, 59, this kind of attention to detail is part of his everyday managing style at work.

“He cares for the residents and also cares for his staff, wanting the best for both,” said Erin Stoianoff, performing arts coordinator at The Village. “I enjoy working with Mike. He has some really great ideas and is always willing to go above and beyond to help with anything you need. I’d say The Village is lucky to have him.”

Matteo hasn’t always been working in senior living. He started his career at the first home of the Rochester Red Wings — Silver Stadium on Norton Street — as a kid parking cars and selling hot dogs and pizza at the concession stands. Childhood dreams of being a lawyer went out the window.

“I don’t want to be a lawyer anymore,” he told his surprised parents. “I want to work in hotels and be in the food business.”

As a Boy Scout, Matteo was an explorer in food service. When it was time for college, he attended Rochester Institute of Technology for his degree in food hotel and tourism industries management. During his time at RIT and after graduation, he worked at Marriott.

“I worked my way through their kitchens as a production supervisor, banquet chef, and as a line cook, until I got promoted to executive chef when I was about 24,” he recalled. He loved the work until it was time for a family. 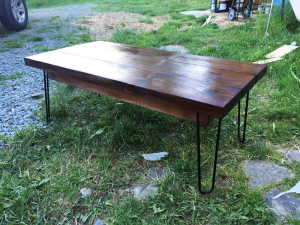 That’s when Matteo took on the role of instructor at Canopy’s Restaurant through SUNY’s Rochester Educational Opportunity Center. “We taught educationally and economically disadvantaged adults how to be in the restaurant business,” Matteo said. “We taught them to be waiters and waitresses, to be cooks, and how to order and budget. At the end of the 24-week program, we would try to place students either in school or in the industry.”

In 1994, Matteo took the reins as food service director at The Village. What he saw when he first started was encouraging. “I saw food being prepared that was real, that wasn’t coming out of a freezer,” he said. “It wasn’t hospital food, and I said, ‘Oh my gosh, I think I can do this!’”

He enjoyed his time in the kitchens, but what really made him enthused were the residents. He enjoyed serving them delicious food, talking with them, and he enjoyed making sure they were having a good experience at The Village.

Eventually, Matteo became senior director of operations, and then in July 2018, he was promoted to general manager.

“I get to lead an amazing group of people that just do fantastic work with our residents, because it stopped being work some time ago and became a calling,” he said. “We do this because we love it. We love our residents, and we are honored to be part of their journey through life as they go from stage to stage.”

While Matteo is still passionate about quality food service, he also strives to make all aspects of life at The Village top notch. A particular passion is its performing arts program. Residents can participate in a variety of programs involving music, art, reader’s theater and a drama club.

“We have quite a few residents who like to express themselves through art, music, and acting because it makes them happy but also gives them a sense of purpose again,” said Stoianoff. “Mike has been the No. 1 supporter and a driving force for the arts program at The Village.”

An important part of The Village arts programming is the center’s relationship with Rochester’s School of the Arts.

The Village “adopted” them for the 2018-2019 school year and now students come to The Village to perform for and with residents one to two times a month. Residents also travel to SOTA to visit students and enjoy programming at the school.

“We not only support the school with money and with our time, but every time they come here for an event, we have a real lunch and every time we go there, we’re bringing real food. It’s just become this tradition,” said Stoianoff. 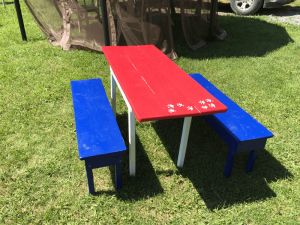 Alan Tirre, the SOTA assistant principal, is thrilled with how the program is going and appreciates how sharing a meal brings students and Village residents together.

“We’re able to break bread together and to see the actors interacting with the residents and vice versa,” he said. “It’s wonderful. It brings such joy to both of their lives.”

Tirre went on to say how important the partnership has become for students who get to share everything from poetry and creative writing to full-blown Broadway-style shows and Shakespearean plays.

“We’ve really been able to broaden the artistic experiences of the residents and in turn the experiences of our students,” he said. “We now have about 400 surrogate grandparents that we didn’t have before. This partnership is as much an enrichment for our students as it is for residents.”

When Matteo isn’t donning mouse ears at The Village, he can be found enjoying country life in the Steuben County town of Prattsburgh with his wife, Louise. They stay busy by boating on Keuka Lake, biking or building custom furniture from hand-hewn hemlock.

Together, they’ve built everything from farmhouse tables and end tables to flower boxes and picnic tables. They also like to travel and regularly visit their four children who live in South Carolina, New Jersey, Ohio and Texas.

But what he likes best of all is just sitting on the porch of the home they built together.

“We watch the evening tire. We’re on the porch and we’ve got some tea and the evening is just unfolding around us and we say, ‘Man is this nice.’ The family motto is ‘Life Got Good,’” Matteo said.