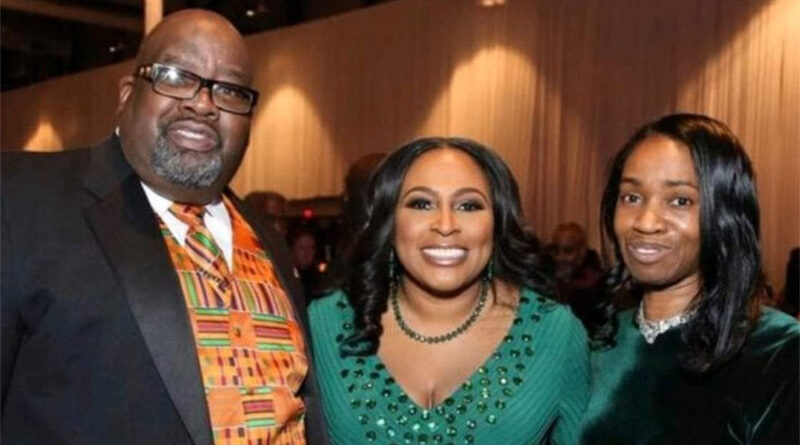 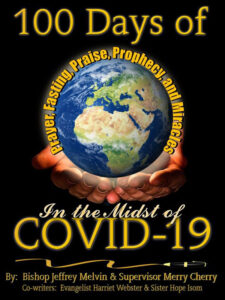 “She went to Congress with this,” Melvin said. “Skip Generations is still going; there are chapters all over the US.”

Also, his great-great-grandfather helped found the Mt. Pleasant Missionary Baptist Church in North Carolina after the abolition of slavery.

Melvin also influences his community. He pastors two churches, Power House Kingdom Cathedral Church of God in Christ in Rochester, and Encouragement Centre in Buffalo, and heads a Facebook-based prayer hotline. He has also written two books and operates an online radio station.

Melvin’s mother moved the family to Rochester in 1967 from Newburgh in Orange County, when her marriage to Melvin’s father ended. One of his earliest significant memories was the day Dr. Martin Luther King, Jr. was assassinated.

“We were outside and people started running and screaming, ‘They killed him,’” Melvin recalled. “My mother called us upstairs. On the TV, Walter Cronkite said that civil rights leader Martin Luther King was assassinated. My mother used that to explained what ‘assassinated’ meant; he was killed while doing the right thing. There were all kinds of chaos going on.”

He counts that event as his introduction to racism, classism and the differences between people — and the end of his childhood innocence.

His mother remarried. Though he never had a conversation with his father, Calvin Melvin, until he was 24, Melvin said that his stepfather, Howard Wright, Sr., helped him immensely through the challenges of growing up.

Melvin calls himself the “neighborhood fat boy — every neighborhood has one,” he said. At 5’10” and 245 lbs., he struggled to make the football team. Team member Willy Nesmith helped him get fit, lose weight and make the team at Franklin High School. Coach Vin Nix helped him not give up on himself for football as a metaphor for life. The lesson stuck with Melvin. He went on to excel at football and indoor and outdoor track and eventually received scholarship offers.

After a brief stint in college, Melvin married Deborah Denise in 1982 at age 19, and began preaching that year as well. He worked a few different jobs, including working with incarcerated youth for New York state, and eventually became involved with radio.

Though a seeming patchwork of employment, Melvin’s career path dependably intersected helping others. Though the couple has no children, Melvin said that he and Deborah have plenty of “spiritual children” whom they have influenced for good.

In 1993, he completed his theology degree at Zoe University in Jacksonville, Florida, and began pastoring in Lackawanna, near Buffalo, the following year at Lamb of Life Church of God in Christ until 2002. At that point, he was reassigned to Power House.

While still pastoring at Power House, he returned to the Buffalo area in 2005 to found Encouragement Centre, a church he still pastors.

Melvin said that he has written books to encourage others. One published in 2018 was inspired through a hospital visit with a member at Powerhouse, Audrey Alexander. Medical providers couldn’t readily find a vein for a blood draw. At last, a provider experienced in “difficult” veins easily did so.

Alexander recovered and Melvin’s book was published with her on the cover.

“Each ‘essential’ is an instruction you need to have a closer walk with God,” he said. “They’re very basic things.”

Earlier this year, Verlean Kingsby, a member at Encouragement Centre, received a cancer diagnosis. She was slated to return home from Roswell Cancer Institute in Buffalo with a treatment plan March 15; however, she became critically sick with COVID-19 and was hospitalized. Melvin said she was placed on ventilator in a medically-induced coma.

Melvin called her sister, Merry Cherry of Buffalo, and said that they needed to start a prayer chain — a group of believers in praying — for Kingsby. Beginning March 25, they began praying at both midnight and 5 a.m. for Verlene’s health. A few members of the church joined in prayer at that time. More people wanted to join them in prayer, so they began a Facebook page and offered a call-in number, 978-990-5000 code 352005, to share other requests.

Kingsby’s outlook was grim. Her family was notified in two separate instances that she wouldn’t make it, yet the prayer chain continued. On May 13, Kingsby returned home, heralded by the Roswell doctors as “The Miracle Woman of Roswell Park.”

“There was no way she was supposed to live,” Melvin said. “When she came out of the hospital, there was press there and a car caravan going to her house. The doctors are scientists, not theologians. To them, the science said she would never go home. They said she was the only one with cancer and COVID. She’s still being treated for the cancer but is clear of COVID. She came on the prayer line to thank everyone.”

Kingsby never needed the standard rehabilitation for patients in a medically-induced coma. She awoke after 10 days of the medication ending and never felt pain or the need for rehabilitation.

By April, Melvin felt that the Lord wanted him to write another book, “100 Days of Prayer, Fasting, Praise, Prophecy and Miracles in the Midst of COVID-19.” Melvin said he’s sold close to 1,000 copies.

“I’m sending them all over the nation,” he said. “The book offers hope and people are shut in right now. They need hope and something to hold onto.”

Dubbed the Warrior’s Hotline, his prayer hotline has received requests from people all over the world. About 50 to 100 people participate every session.

Melvin is also busy with R-Spirit, an online Gospel radio station, which was nominated for a Stellar Awards, what Melvin calls the Grammy Awards for the genre.

While the pandemic continues, Melvin has been working to stay in touch with his congregations. As of July, he hasn’t resumed services as normal, since the nature of his church’s worship tends to be physical such as laying on hands. Instead, he leads Bible studies and church services through Facebook Live to stay in touch until the congregation feels it’s safe to meet in-person again.