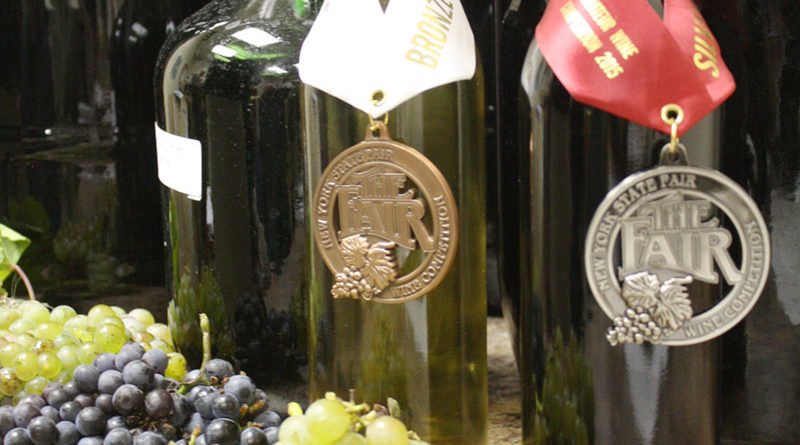 The ancient Greeks referred to the Italian region of Calabria as Enotria or the “Land of the Vines” because of the abundance of grapevines winding through the “toe” of the Italian Peninsula.

The grapes of the region became an integral part of the area’s rich and ancient art of winemaking.

But winemaking in Calabria wasn’t just for professional vintners. Families made wine in their homes and passed on the recipes and techniques through the generations.

Those family traditions traveled to the United State and today Rochester wine lovers can make their own wine with Tony Toscano and Tom Raco of Wineworx.

“Italian immigrants have a rich cultural tie to winemaking,” said Toscano. “Winemaking has been going on since prohibition, even before that. But the Italian Americans have always made wine either in the basement or in the garage for many, many years and that was both for economic reasons and because of prohibition. My father-in-law was one of those who made wine in his basement, and I learned the basics from him.”

Toscano, 72, of Rochester, is originally from Calabria. As a teenager, he came to the United States with his mother and siblings after his father died. He returned to Italy for college and that’s where he met his wife, Rose Marie Toscano. Together they moved to Oregon and he finished his Bachelor of-arts degree in photography and graphics. Their next stop was Rochester where he attended Rochester Institute of Technology for his Master of Fine Arts in fine art photography. He spent the next 37 years teaching in the art department of the National Technical Institute for the Deaf (NTID) at RIT before retiring in 2012.

For a while he and his wife ran a community-supported agriculture program from his small farm in Prattsburgh, Steuben County. Toscano also led small workshops on cheese and sausage making and taught classes at the culinary center at Canandaigua’s New York Kitchen.

Raco, 78, lives in Webster but is a born and bred Rochestarian who received his undergraduate degree from The State University of New York at Buffalo in occupational and curriculum development and a Master of Fine Arts in art education from RIT. After getting his doctorate in occupational education from the University at Buffalo he returned to Rochester to work at RIT/ NTID, where he remained for 47 years. His time at RIT included helping to establish the RIT campus at Dubai.

Raco is of Italian heritage and making wine is a special part of his family. He remembers making wine with his father as a child.

“I recall even as a little boy, helping him out making his wine down in the basement. And as I got a little bit older, I learned where he got his skill from which was his grandfather who brought it over from Italy.”

After some research, Raco learned that his family, like Toscano’s, also hailed from Calabria.

Both loved making wine with their families and their curious natures led them to learn more about wine and winemaking. Since they had been making wine in their own homes for many years, they felt that their combined knowledge was worth sharing with the public. That’s when they formed Wineworx in 2013.

“Since we are both educators,” said Raco, “it came quite natural for us to look at it as a way to help other people learn what we already know and pass it on. So, we decided to formalize it instead of just doing it in our garage or basement.”

The Language of Winemaking

At Wineworx clients can participate in every aspect of winemaking — from grape picking at a Finger Lakes vineyard to crushing and pressing grapes to bottling wine at their Mushroom Boulevard facility in Rochester. Approximately 50 to 55 people a year make wine with Raco and Toscano at Wineworx.

After the approximately year-long process, customers take home several bottles of their very own wine. Cost for a share of wine (about 24 bottles) ranges from $225 to $350.

“In addition to going to the vineyard, we also offer winemaking from fresh juices that come from all over the world. These are not the kits that you usually buy where the juices have been concentrated. These are freshly pressed juices that are maintained at a certain temperature,” said Toscano.

Wineworx clientele is varied and Raco and Toscano have seen young people bring their parents, grandparents bring grandchildren and friends come in groups to learn all about wine. Many of their patrons come back year after year.

“It’s great to see some of the ones that come back every year being the ones that answer the questions of the new recruits that come in. It gets to the point where we don’t even answer the questions anymore if they happen to be there when people come in to make wine for the first time. They just take over the business,” said Raco with a hearty laugh.

Tate DeCaro of Rochester has made white wine with Wineworx. Her favorite part was the warm days at the vineyard.

“I definitely enjoy the picking. It’s sunny out, usually nice, and you get to meet different people that are also interested in it. I still have them [the bottles of wine] and it’s nice to have, because if I have people over, I can put some out, or I can bring it to someone else’s house. It is nice to have that, and eventually I will run out and probably want to do it again.”

Frank Kruppenbacher and Jacqueline Schertz of Rochester have also made wine with Wineworx, and they both enjoy the sense of community Raco and Toscano foster among their clients. Schertz is deaf and noted how Raco and Toscano both used sign language to make her experience more accessible.

“For me, as a deaf person, I don’t have to bring in an interpreter. We have direct communication amongst each other, and that in itself is key,” she said.

“There’s no boundaries, no boundaries at all,” added Kruppenbacher. “There’s full communication and culture and language, all of it right there. Even if you don’t know how to sign you find a way to communicate. And maybe wine making is a language.”

“We Don’t Make it for Them”

Raco and Toscano want people to know that Wineworx is about education and skill building. They want clients to go home with the confidence to continue to learn about wine and other culinary arts.

“I want to emphasize that we tell people what to do. We don’t make it for them,” said Toscano. “So, it’s more like a continuation of our teaching experiences that we have had. We tell them what to do, and we sample the wines with them. If we find something that needs to be adjusted, we’ll suggest something that meets the personal needs of the individual. Some people like white wines and some people like sweet wine. Some people like high alcohol and some people like low alcohol. Some people may say, ‘oh, I don’t want to use sulfates,’ or whatever. Each person can decide how to make their own wine and feel comfortable that the wine is not going to turn into vinegar — which has never happened by the way!”

Kruppenbacher credits Raco and Toscano’s success with Wineworx to their educational background as professors.

“Both of them are really educators themselves and that is key. They have a passion for making wine. And they want to teach people how to make wine.”

Schertz went on to add that Raco and Toscano, “gave us our passion, and they have led us to investigate and learn more and research more.”

That sense of curiosity and passion is exactly what Wineworx is all about. “For the people who are making wine for the first time every step of the process is another aha moment for them,” said Raco. “And those are the joys that I get from working with customers.”

Make Your Own Wine

About 50 to 55 people a year learn the technique involved in making their own wine at Wineworx in Rochester. The process is hands on. Participants have to pick their own grapes at one of the Finger Lakes vineyards. Then they crush, press and do everything in between to see the final product. After the approximately year-long process, customers take home several bottles of their very own wine. Cost for a share of wine (about 24 bottles) ranges from $225 to $350.

Photo: Wine produced at Wineworx in Rochester has been recognized at the New York State Fair wine competition in Syracuse.