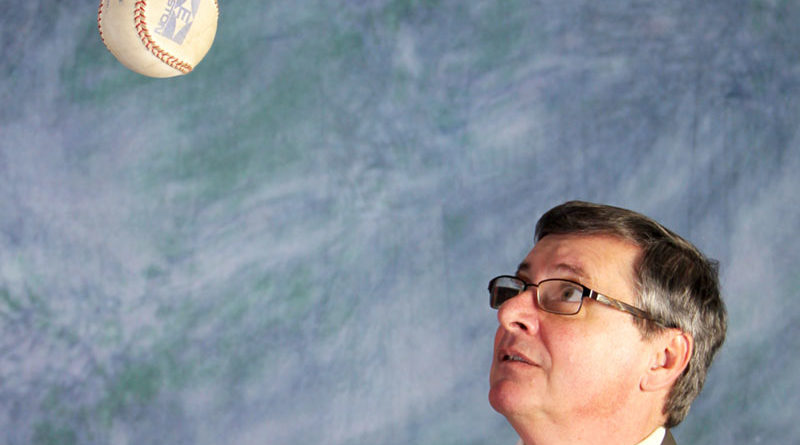 Never too late to turn a dream into reality, says businessman

For the next 26 years after graduation, Sherry worked in accounting, finance and management roles at Eastman Kodak. When the company closed, ending his employment, he was 46 years old. It was February 2002, just months after 9/11. Since he couldn’t find a job in the wobbly economy, he had to find something else to do.

Then he had an epiphany: he really did not like accounting.

A little introspection revealed that he had always had an interest in real estate. He landed a job with a brokerage company that offered him a position in commercial real estate.

“There’s no time like the present [to start a business]. Don’t waste another day thinking about it. If you’re that passionate about it, do it.”

“I thought about it and realized it was a neat fit,” Sherry recalled. “One thing I learned about myself, I didn’t want to sit in front of a computer eight hours a day. I wanted to be out talking with people, meeting with people, talking with them about real estate and helping them finance it.”

One of his earliest sales was a shopping center. He sat punching numbers into a calculator with the buyer, telling him what his mortgage would be and the projected rate of return. The man bought the center.

“I thought, ‘Could it be this easy?’” Sherry said.

He continued working for the firm for 15 years.

At age 60, Sherry launched his own real estate business, JM Sherry Realty, in Rochester. Still selling commercial investment real estate, he helps house flippers or people who want property to rent out or use as commercial space. The business also offers property management.

In addition to “the school of hard knocks,” Sherry learned the business through a few conferences and through continuing education.

He said that since New York doesn’t require a license to sell commercial real estate, many people don’t understand the differences as agents.

“With residential, you talk about schools and crime rates and the life of the roof,” he said. “With commercial, you have to know about the traffic and the area’s median income levels. Would you put a BMW dealership in a high poverty area? You have to know the area.”

He added that commercial real estate is more about business acumen and consulting than about salesmanship.

“I’ve learned that by telling the truth and saying, ‘I wouldn’t put that business there’ they’ll listen to me,” Sherry said. “It’s more along the lines of having business sense and telling people things. You could be one block off the corner and totally out of the sales traffic area, where no one will see you.”

The biggest surprise for his mid-life career switch is how much he enjoys it. The flexibility was especially important when his children were young and he wanted to attend their events or help his wife, Beth, by taking the children to doctor visits, for example.

“I enjoy the different people I’ve met,” Sherry said. “My clients become friends. I enjoy that a lot. It suits my personality. I’m a type A personality so I enjoy being busy. I enjoy when people refer me out because they had a good experience.”

But Sherry also notes a few disadvantages of operating his own business.

“I never get a chance to take a vacation, so I can experience burnout,” he said. “It does take a mental toll on you. It’s very stressful. You wake up every morning unemployed and have to go find a paycheck and you still have all your expenses. I work weekends, nights and I work around the clock. I wake up to 100 emails.”

He has no employees and would be interested in hiring if he could find the right people willing to work for his small business and if he had the time to train them.

Sherry is a big Amerks and Red Wings fan, and also roots for the Cleveland Browns. When he gets the chance, he also likes to go on cruises.

Despite the drawbacks of operating his own business, his only regret is that he didn’t get into real estate sooner.

He advises anyone interested in changing to their dream career, “There’s no time like the present. Don’t waste another day thinking about it. If you’re that passionate about it, do it.”

Photo: John Sherry, owner of JM Sherry Realty, in Rochester: “One thing I learned about myself, I didn’t want to sit in front of a computer eight hours a day.