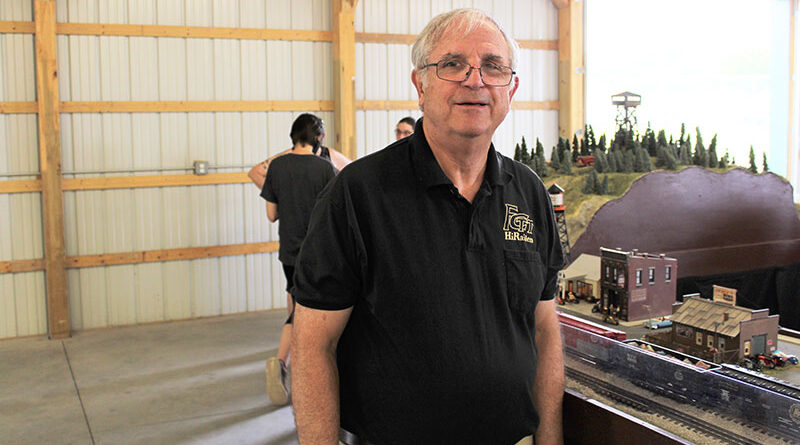 Tom Frey serves as show coordinator for the FTTC HiRailers, a group that sets up model railroad displays for fairs, festivals and their own model railroading events

For Tom Frey, a 68-year-old Penfield resident, model railroading is all about the details — getting the perfect set up just right for each exhibit.

He heads show coordination for FCTT HiRailers, a Rochester-area nonprofit group of about 40 members mostly hailing from the Rochester area.

Together, the members use their train sets to cover a space of up to 40 by 150 feet with model railroads and all their accoutrements, such as buildings, trees, pedestrians — entire town and country scenes.

They have 1,800 feet of mainline track and at least three main lines with railyards. Only for a national model railroading event have they put all of their sets together.

They can also set up a smaller display for a smaller space for local events or venues. Their displays are comprised mostly of sets owned by members, but also a few the club owns.

What goes into a display “depends on the audience and the number of people available to work the show,” Frey said.

For a children’s hospital, the group sets up the display lower, so that children can see it, and includes trains such as Thomas the Tank Engine (the PBS program character) or the Hogwarts Express of Harry Potter fame because children relate to these trains. They have displayed at the Hemlock “Little World’s” Fair, among other events. 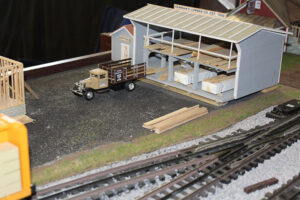 He likes that displays helps allow more than a handful of people to enjoy the HiRailers’ trains.

The group has also exhibited senior living centers, as residents enjoy reminiscing over their own family’s train sets and it offers an event to bring in the grandchildren.

Frey grew up in the 1950s when toy trains were a top toy. Model railroading lets train enthusiasts continue their pastime through adulthood.

The club uses a mix of pre-World War II, post-World War II and modern sets. The older sets made before mass production in the 1980s are the most valuable. 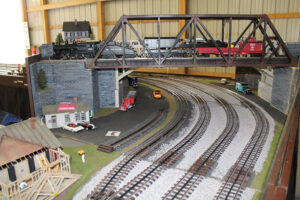 “You have to have something to do outside of work and family,” Frey said. “We did it with our kids growing up. It’s now something to do with my grandkids. Trains you can relate to with other people, like kids and grandkids. You can meet people with similar interests. It’s amazing the different people in the group.”

Frey works in product development for Xerox. He said he will continue to work because he still finds it challenging.

His wife, Betty Ann, supports his interest in railroading. The couple enjoys hosting their grandchildren to see their home’s train layout.

“They love to see the trains go around,” Frey said.

He thinks that railroading has picked up since the pandemic started, since more people have turned homeward for hobbies.

“With model trains, there are tons of skills,” he said. “I learned soldering and carpentry and track planning and history of trains.”

Photo: Tom Frey of Penfield works in product development for Xerox. He is also the show coordinator for FCTT HiRailers.