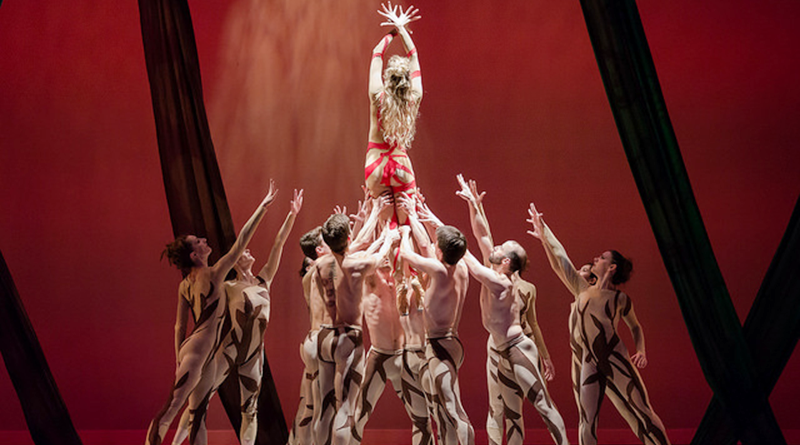 When some people think of ballet they think of tulle skirts and pink tights. They think of classical music and traditional choreography. But today’s balletomane — a ballet enthusiast or devotee — knows that ballet is, as Rochester City Ballet’s (RCB) artistic director David Palmer puts it, “not what it was in your grandma’s time — ballet keeps moving forward.”

The company has experienced tremendous growth since Gantshar began work with the RCB in 2014 and Palmer in 2015. Under their direction the yearly number of shows they perform has increased from 12 to 27, and they raised their budget from $700,000 to $1 million.

The company performs at Nazareth College Arts Center and Kodak Hall at Eastman Theatre as well as twice a year at Canandaigua Academy. It has also increased its presence in area schools and partners with organizations such as the Boys and Girls Club and the Hillside Children’s Center. Each year since 2015 the company also presents a sensory-friendly performance for children on the autism spectrum.

“As an audience member, I have definitely seen their growth,” said Cassandra Moffitt of Irondequoit. Moffitt is a hobbyist ballerina and balletomane who appreciates all the RCB does to make ballet accessible in the community.

“Instead of sticking to the classics year in and year out, it seems like they’ve had increasing freedom to introduce us, as audience members, to new ways to appreciate the art form. A few that specifically stand out for me was the Stravinsky/Bowie production, and “Tutus and Tango.”

The vibrancy Gantshar and Palmer have brought to RCB has also been felt back stage. Company dancer Katherine Duffy told 55 Plus that Gantshar and Palmer are extremely supportive of their resident dancers and are easy to approach with questions and concerns. This connection between dancers and leaders has led to a feeling of ease that has aided Duffy on her journey as a ballerina. “I’ve grown more here in the last year then I had in the previous five years,” said Duffy.

Ellen Comisar of Brighton thinks that Rochester art fans need to add ballet to their personal arts calendar if they haven’t already.

Nichole Gantshar graduated from the Walnut Hill School for Performing Arts and trained with the Boston Ballet. After high school graduation she spent a season dancing with the Milwaukee Ballet. She then went on to have a dual career as a dramaturg by day and as a staff editor with The Post-Standard newspaper in Syracuse by night. But at age 46 she took a buyout from the paper, left the theater, and decided to pursue a career as an arts director. She tirelessly researched what it would take to dramatically change careers and talked to people in the field who knew the ins and out of arts direction. She then took staff positions at the Tulsa Ballet and the Pittsburgh Ballet Theatre. Her journey finally brought her to Rochester in 2014 when she became the executive director of the RCB.

As a former ballet dancer herself she knew that this was the job for her, and when the days get long and tiring she just pops her head into the practice space at the Draper Center, the official training school for RCB, to take in the beauty of the ballet.

When asked why she chose to make Rochester home and to run the RCB she said, “It’s really exciting to have the challenge of building a ballet company.”

But Gantshar was quick to point out that her work as executive director isn’t only about business, budgets and marketing. It’s also about the joy of dance and bringing top-notch performances to the Rochester arts scene.

“I’ll never forget the first show David [Palmer, artistic director] did and the lights went down and I hadn’t seen the piece yet. And I just started crying thinking ‘I helped make this happen.’ It’s my dream to be able to do this. There’s nothing else that compares to being in a crowded theater and being inspired.”

While Gantshar remains largely behind the scenes raising money and organizing the business end of the ballet, Palmer’s job is to develop “product.” As such he is the principal choreographer and director. “Nichole tries to raise the money and I spend it,” he joked.

But his job is no joke when it comes right down to it. He has helped the company grow by bringing innovative and exciting new shows to a Rochester audience. Originally from Australia, Palmer has been dancing since age 16. After a series of childhood injuries, his parents decided that dance might be the best way for him to rehabilitate and develop his athleticism. He wasn’t thrilled about ballet at first, but he soon found that he had a talent for dance. Since then he has danced in over 40 countries and was a principal dancer in the Joffrey Ballet, Miami City Ballet and San Francisco Ballet. He also founded Maximum Dance Company in 1997 and was most recently the associate artistic director of The Washington Ballet.

He enjoys living in Rochester with his family and raising his two young daughters in such an arts-oriented city. When asked why Rochester arts enthusiasts should come to the ballet he said, “It’s so good, it’s real entertainment. You don’t know you’re a ballet fan until you go. It’s an exciting physical inspiring staycation that takes you into a surreal world. It allows you to relax and at the same time can inspire you, can make you laugh; it’s a very powerful vehicle. If you haven’t been to the ballet you just don’t know what you are missing.”