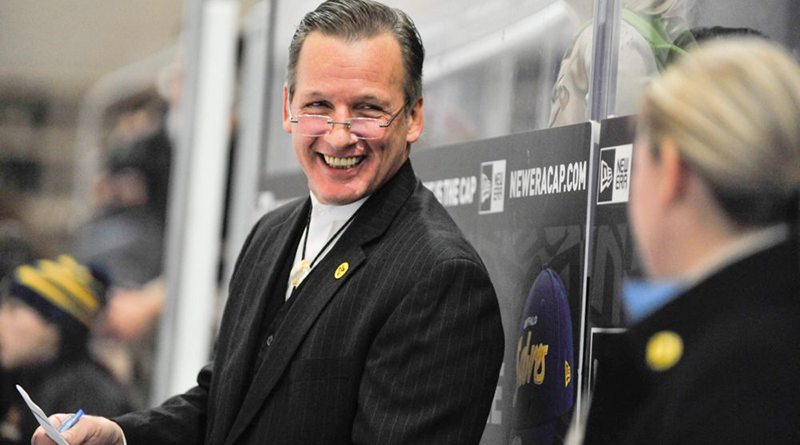 Like many retired players in the Buffalo Sabres organization, Ric Seiling made his way back to the area when his playing days were over.

The 60-year-old Gates resident played on some of the best Sabres’ teams as a forward from 1977 to 1986 before finishing his career in Detroit.

He and his wife, Leslie, raised four children. None followed their father into pro hockey, but brother Rod played 15 years in the National Hockey League.

Seiling returned to his first love of racing horses “on the Buffalo and Batavia circuit” after retiring from hockey in the late ‘80s and early ‘90s before giving it up due to it being “too many hours and not enough return on the investment,” he explains.

Seiling was coaching in Tulsa in 2000 before moving to Rochester to pursue a career in banking and finance. Today, he’s a vice president in finance for M&T Bank. He also coached men’s minor pro in San Antonio, Glens Falls and Utica.

Why is a former major league player still working?

It’s because they didn’t make the kind of money players do today. “We’re the ones who got them to where they are today,” he says.

The 14th pick in the 1977 NHL draft, Seiling played over 800 games in the NHL and is still very much involved in the game today.

He’s been the color commentator on Rochester Americans home game broadcasts with play-by-play announcer Don Stevens since 2005 and coaches a women’s professional team, the Buffalo Beauts, of the National Women’s Hockey League.

The color commentator job is a nice contrast from the world of banking and finance that isn’t far from Blue Cross Arena and a way for him to watch a game in peace and put his two cents in, he says.

Stevens “makes me sound more knowledgeable than I really am,” Seiling says. But Stevens has all the figures and statistics to cross-examine the analysis when he sees fit. “I just try to make it as entertaining as possible,” Seiling says.

“He’s been an outstanding partner for the last dozen years,” says Stevens. “Ric is like the Energizer Bunny — he just never stops. I don’t know how he squeezes it all in.”

Seiling’s many activities include still playing recreationally, coaching and participating in charity and alumni events, along with his normal work schedule.

Fortunately this season, area fans can see the most entertaining Amerks team in years as they try to keep pace with the Toronto Marlies for first place in the Northern Division of the American Hockey League. Seiling says this year’s team led by head coach Chris Taylor has speedier defensemen and a more aggressive offense than they’ve had in recent years.

It’s not his job to get involved in stadium renovation and expansion, but the success of the new Harbor Center in revitalizing downtown Buffalo can’t be ignored as the Sabres and the city of Rochester look at the possibility of renovating Blue Cross Arena. The Sabres are the Amerks’ parent club.

Getting back to the playoffs would help, an achievement they haven’t made since 2014.

Seiling caught a stick in the eye that affected his sight but continued playing for years even though the injury left him sightless in his left eye. He was the first player in the game to wear a protective face shield full time, something opponents initially ridiculed him for, he says. Surgeries in recent years have proven successful in restoring sight in the eye.

Seiling tried coaching minor pro teams in Adirondack, Tulsa and Utica when his playing days ended at the tender age of 30.

Coaching both pro and younger men’s hockey players left him with bittersweet memories of the experience. “Why do coaches get fired? They’re the cheapest and easiest person to get rid of. I’m a teacher of the game not a motivator or a thinkologist,” he says.

“They had a different learning curve (than boys). It felt like they wanted to know everything. They always listened and whatever you asked them to do, they tried to do it,” he says. He feels the same way about the Buffalo Beauts professional women’s team he coaches today.

He and the Beauts won the league’s second-year championship in 2017. The league has had some growing pains, but Seiling expects it to survive.

“If you haven’t seen the game at this level, you really need to,” he says of the female pros, some of who are from the Rochester area.

“We’ve got players that can shoot the puck 88 miles per hour, harder than half of the guys in the NHL,” he said.

Women’s hockey was the second-most watched Olympic sporting event at the 2014 games in Sochi, Russia, proving there is a taste for it with sports fans. “I think the league will make it. The Pegulas wouldn’t have bought into it otherwise,” he says.

For road games, the Beauts’ bus stops on the Thruway near Rochester for their coach and area players to join them on trips to play in Boston, New York and Connecticut.