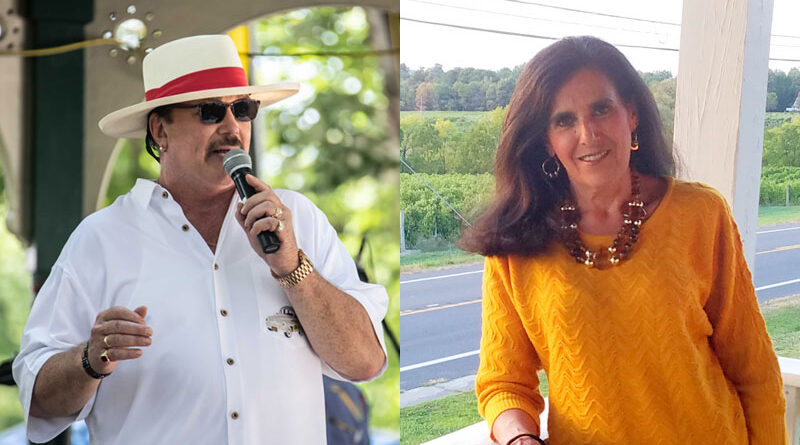 Pandemic has pushed millions of older workers into involuntary retirement

About 2.9 million older workers in the U.S. — those between the ages 55 and 70 — have been forced into retirement because they have been laid off during the pandemic, according to data released in August by New School’s Retirement Equity Lab, affiliated with the New School in New York City.

The study shows that if the trend continues in the next few month, an additional 1.1 million workers will have exited the labor force in the U.S. — for a total of 4 million people potentially pushed into retirement before they are ready. This is expected to increase old-age poverty and exacerbate the recession, according to the study.

Judy Mancini, 56, is trying to avoid joining this statistic.

The Webster resident had worked for the Joseph A. Floreano Rochester Riverside Convention Center as the controller of food and beverages and had overseen state permits for the center for 30 years when the pandemic hit. In March, she had a three-month furlough but by the end of May, her job was gone.

“It’s a struggle,” she said. “Today, the job market isn’t what it was. Everyone’s working virtual.”

She’s trying to find work outside the events industry in customer service. With her background in finance, recruiting and management, Mancini appears very qualified; however, she fears age-related bias may hamper her chances since she’s much closer to retirement than candidates in their 20s.

She began looking while furloughed — just in case — and has received few calls back.

“It is nothing like what I thought,” she said. “My co-workers are still in contact. It isn’t personal but there are days like, ‘Is anyone going to call?’”

She has connected with a recruiter at an agency and has a LinkedIn profile. She is willing to work at home if asked, since “that’s the new normal,” Mancini said.

She has also received help through word-of-mouth referrals.

One thing she’s not going to do is start over at $17 an hour — much lower that her former payrate. She has paid her dues and wants to land a job that is commensurate with her experience. During the summer, she was sending one resume per week. Since the beginning of September, she has sent out about 20 resumes a week.

She receives unemployment and was paid for unused vacation pay, which has helped financially, but Mancini said she has curbed spending so she can hold out for a better job. She and her husband Ron have one son at home.

Mancini feels blessed that she can take her time and find just the right job — if she can.

Michael “Woody” Woodward of Rochester, 60, owns On-Key Productions and has produced the entertainment for the Corn Hill Arts Festival.

He has also experienced the brunt of the events and entertainment industry fallout. Before COVID, Woodward worked independently as a music producer, promoter, DJ, emcee, actor and musician.

He has been out of work since March 20, despite his diversity in the entertainment business. His only event last summer was a concert series at the Corn Hill concert stage. Changes in the guidelines curbed these kinds of efforts. He said it’s hard to put $10,000 toward a two-day event and then worry if it will even take place.

He books entertainment for event locations and has lost four venues that have closed because of the pandemic. His wife Peggy was also laid off from her job as the financial director for the local branch of the National Center for Missing and Exploited Children, because fundraisers weren’t possible.

Although the rapid rollout of a vaccine may get the economy going again, Woodward fears for his industry, which he thinks will be the last in line of people going back to work.

“It’s a really hard, difficult situation for those in entertainment,” he said. “A lot who don’t know about entertainment, they think we’re all incredibly wealthy and make a ton of money. The market in Rochester was soft enough before all this.”

He said that he has never filed for unemployment but he has no other choice, even though he’s not happy about it. The couple cut their spending and has held conversations about keeping their house.

“We’re no different than anyone else in this country,” he said. “I understand all this and try not to complain.”

Since he has worked independently 27 years, it’s hard to go to work for someone else, especially at age 60. Instead, he’s trying to focus on when the pandemic ends.

He added that one of the biggest reasons he and Peggy are OK financially is that they had put money away for a “rainy day” fund. They never imagined that a worldwide pandemic would happen.

“Once we get to June 2021, if I can’t get back to work, we will have an issue,” Woodward said. “I don’t think she’ll have trouble finding more work. With music and entertainment, it has to do with being there in person.”

Christine Palmiere, first vice president and financial adviser with Sage Rutty & Co., Inc. in Rochester, said that someone contemplating early retirement should ensure there’s enough money to do so.

“Consult someone who will put together a plan for you based upon your age, level of your assets, ideally when you’d like to retire, and make sure that your money will last,” she said.

For those younger than 65, it may be worth continuing to work for health care benefits, as this coverage is very costly.

Palmiere said that for some people, working part-time or in a different career may meet the needs.

“We can run the numbers to say, ‘If you earn this much between 62 and 65, you’re good to go,’” she said. “People who had pensions could retire at 55. Those were the days. If you don’t have a pension to supplement your Social Security, you’d better have a lot of assets.”

Photo: One left, Michael “Woody” Woodward of Rochester, 60, has been out of work since March 20. “It’s a really hard, difficult situation for those in entertainment,” he says. On Right, Judy Mancini, 56, of Webster, lost her job at the Rochester Riverside Convention Center. “It’s a struggle,” she says.