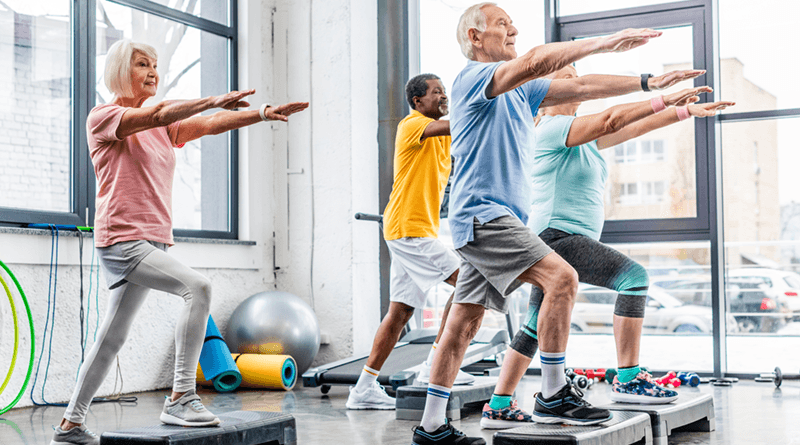 By 2030, one out of every five people in the United States will be older than age 65.

In New York state, the over-65 population will make up 16 % of the state’s population by 2025, more than any other age group, according to the AARP.

The aging of New York will not only affect the outward appearance of the state’s population, it will also impact the economy as needs and spending patterns of baby boomers change.

Nursing home care, for instance, will see a boom. Total spending on nursing home care for New York residents in 1995 was $8.7 billion. By 2030, total nursing home expenditures are expected to rise to $39.4 billion, according to the AARP.

“Monroe County recognizes the importance of promoting age-friendly policies to address changing demographics while also enhancing independent living among our residents,” said Julie Allen Aldrich, director of the Monroe County Office for the Aging, in an email response to questions.

“We stand committed to a process of continual improvement to support active and healthy aging, while also sustaining economic and social vitality for our aging adult community.”

Aldrich said her office is in the process of having Monroe County registered as an “Age Friendly Community” through AARP and the World Health Organization.

“As a part of this initiative, we will engage in a two-year planning process. Once planning is complete, we will have up to three years to identify resources and implement strategies and solutions identified in the plan,” Aldrich said.

Aldrich added that the Monroe County Office for the Aging, as the identified Area Agency on Aging in Monroe County, through the New York State Office for the Aging and U.S. Administration on Community Living and Older Americans Act, “is the organization responsible for engaging in a four-year planning effort to support the needs of the 60-plus population, caregivers of any age, and persons with disabilities.”

She said that the most recent component of the four-year plan was designed and approved for 2016 through 2020.

“We provide annual updates to New York state to adjust for any changes in the community and available funding. Funding and service delivery is then approved by the New York State Office for the Aging after the passage of New York State’s budget each year,” Aldrich said.

She said that while the plan for 2021 through 2025 is not due for some time, Monroe County is in the process of working with community organizations, consumers, municipalities and funders “throughout the year to monitor and tweak current plans and design future plans to support the changing needs of our community.”

Aldrich said that another helpful program is NY Connects.

“This program is part of New York state’s ‘No Wrong Door’ for information, assistance and referral. Through the service, phone advisers can help individuals of any age and ability, including caregivers, identify needs and connect those individuals to appropriate programs and services,” Aldrich said.

“When an identified need includes help with public assistance, they will help guide them through the process. The reason it is called ‘No Wrong Door’ is because anyone can contact NY Connects with a long-term care need, and if other needs are identified, such as when an individual or loved one may qualify as developmentally disabled and need assistance with mental health or substance abuse, NY Connects will guide them through long-term care needs, and then connect them to one of the other hubs to ensure an overall comprehensive system of care.”

Assistance hubs include the Rochester Center for Independent Living, Office of Mental Health’s Single Point of Entry, Office for Persons with Development Disabilities, and the New York State Office of Alcohol and Substance Abuse Services.

The NY Connects office can be reached at 585-325-2800 or by email at nyconnectsadvisors@lifespan-roch.org.

New York is among the states considering ways to relieve some of the strain that the anticipated growth of long-term care services will place on state budgets.

“Some states have created incentives to encourage more people to purchase long-term care policies in hopes of reducing future demands on Medicaid. Still others have adopted more stringent Medicaid eligibility rules” in order to reduce the number of people applying for Medicaid, according to the AARP.

An AARP survey of New York residents aged 50 and over show that 88 percent of those polled support the state Legislature increasing funding for home and community-based services such as in-home health care that allows people to remain in their own home as they age.

The survey found that New York state residents want to be able to age in place.

“Most say they would prefer to receive long-term care for themselves or a family member at home with assistance from family, friends and home care professionals such as a nurse or personal care aide.

More than 75 percent of New York residents aged 50 and over believe “it would be extremely important to have a central place to get information about all types of long-term care services if they or a family member needed long-term care,” the survey found.

Six in 10 New York residents in the 50-and-over age group “are very or somewhat worried about their ability to afford long-term care services for themselves or family members,” according to the survey, which said that at a cost of about $35,000 a year, more than half off residents in the age group “are not very or not at all confident they could afford to pay for assisted living for three years.”

More than two-thirds of residents, or 67 percent, are not confident they could afford to pay for nursing home care for a three-year period given that the average private pay nursing home rate in New York is about $103,000 a year.

The majority of residents surveyed by the AARP “strongly or somewhat support offering payroll deductions as a way to save for long-term care,” according to survey results.

Americans in general “are facing major long-term care challenges as the U.S. population ages and people live longer, according to the AARP.

The state Office of Aging recognizes “fundamental changes” have taken place in the demographics of New York state’s population over the last decade. The number of seniors most affected by long-term care needs and compounding health, social and economic problems, including those aged 75 or older with mobility limitations, “has continued to grow at a much faster rate than that of the general population.”

“Like the rest of the country, and the world, New York’s baby boomer cohort will continue to swell the ranks of the state’s older population,” the Office of Aging states.

While the number of those over age 65 is expected to increase dramatically in coming decades, the overall population of most Upstate counties is remaining constant or declining.

New York state led the nation in loss of population between 2017 and 2018, according to Census Bureau estimates.

Forty-two Upstate counties lost population in New York between 2010 and 2017. New York is estimated to have an overall population of 19.54 million as of July 1, 2018, according to the Census Bureau. 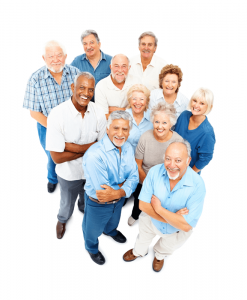 From the report by Center for an Urban Future, commissioned by AARP and released in February:

“New York’s population is rapidly graying. In every corner of the state, older adults are driving most if not all of the growth,” said Jonathan Bowles, the group’s executive director.

Some of the findings:

• Nearly one in six New Yorkers was 65 and over, representing 16 percent of the total population — more than any other age group, according to the report’s review of census data.

• The older adult population outpaced overall population growth in all of the state’s 20 largest cities and counties.

• Rochester had the fastest growth in older adults of any city, increasing 36 percent between 2007 and 2017. During the same period, the city’s under-65 population fell 2 percent.

Source: Center for an Urban Future as reported by The Democrat & Chronicle.