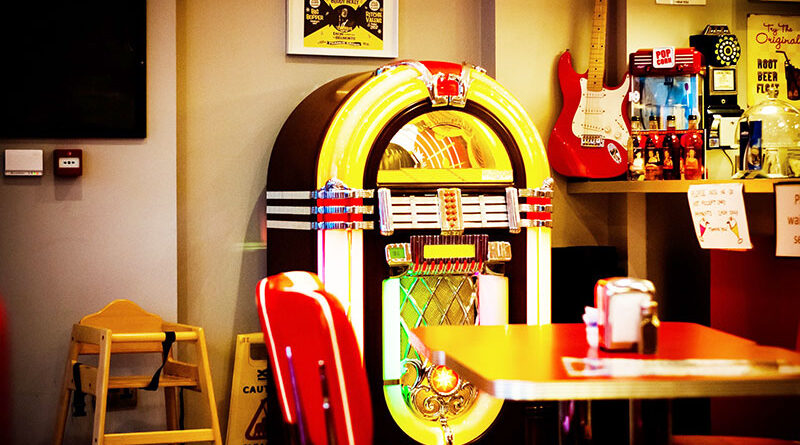 A chance meeting results in a ‘musical’ new career

The things that happen over a cup of coffee.

In 1984, Gary Merritt had a chance meeting with Stan Holloway at a restaurant.

“We would each stop in to get a coffee,” said Merritt. “I’d read a newspaper. You know how you meet people at the counter. We started talking one day. He was having some concerns.”

Merritt, 77, from Webster, owned a management consultant firm. He has a Master of Public Administration degree from the Maxwell School at Syracuse and has done work for Monroe County and many of the area’s largest companies.

Merritt said in one of those chance coffee conversations, “Holloway asked me if I’d come over to look at his business and see if there was anything I could do to help him.”

As the two men worked together and became friends, Merritt started to learn something new in his life — fixing jukeboxes and pinball machines. That was Holloway’s business. Little by little, Merritt got involved in the hands-on aspects of fixing the machines.

“He taught me everything I know,” said Merritt. “I bought the business from him in 1994 and he worked for me. At first it was a part-time thing. I kept the management consulting thing opened for a while, but I ended up doing this full-time.”

“This” is fixing slot machines, jukeboxes and pinball machines. Merritt’s company, Great Selections, started in a store at Wynton Road and Main Street in Rochester, but has now settled in a repair shop in Village Gate, on Anderson Avenue.

He spends his days working on objects of sound and sight that bring great pleasure to people…but they are artifacts of a different age. The number of craftsmen still able to make them dance and sing are fewer and fewer — Merritt figures maybe 60, tops, in the country.

“Everything I’d done in the past was administrative, financial. This was something where I could use my hands to repair and create stuff. I enjoyed that,” he said. “I like taking something that doesn’t work and making it work, and cleaning it up so it looks the way it’s supposed to.”

“Anything from 1960 on, you repair; anything from the ‘50s and ‘40s, where you can see the records play, those are the classics and are worth a lot of money — those you absolutely restore,” he said. “The new ones from the 1960s on aren’t worth restoring — people like them and play them, but you just repair them. You can’t see the mechanism working in the newer models. They can’t ‘do’ anything. It’s a jukebox.”

“The Wurlitzers of the 1930s and 1940s are the best and most beautiful,” he said. “The one you saw on TV like ‘Cheers’ is a Wurlitzer ‘bubbler.’ It lights up and bubbles. That’s not the most valuable. The most famous — the 1952 Seeburg that Fonzie hit to play music on ‘Happy Days’ is one of the most valuable, because of the TV show.”

Indeed, the Wurlitzers were the Rolls Royces of jukeboxes until they were slow to change over to something new — 45rpm records.

“Seeburg started in 1948 and 1949 with 45s, and the 45s took over everything. Vendors — you didn’t have a jukebox in your home, they were all placed in stores by vendors — and vendors bought the Seeburgs because there were 100 selections versus 24 selections (with 78s). In the 1950s, Wurlitzer started going to 45s and asked the vendors why they weren’t switching back to their brand. They were told, ‘We’ve trained all our mechanics and have all the parts for the Seeburgs: why would we want to go back?’” he said.

Jukeboxes are interactive entertainment. You insert a coin (it was a nickel when Glenn Miller recorded “Juke Box Saturday Night”), you choose what song you want to hear, push a button or two, and watch the machine go pluck your record from a neat row of them, turn the record around, and either bring it to the needle or lay it on a turntable…and the music starts while the machine glows and pulsates. A lovely beverage and a willing dance partner complete the experience.

Merritt marvels at the breadth of his customer base.

“They come from all walks of life: doctors, lawyers, professionals, older people in their 70s and 80s; young people in their 20s and 30s,” he said. “Income levels are also variable. I’ve got multi-billionaires who are customers, and people like me who just survive along the line.”

And very often, the most appreciative and enthusiastic audience is grandkids.

When the jukebox under his care is finished, the big moment arrives when a customer is re-introduced to the machine which is now shiny and ready to rip.

“There’s a level of happiness and enthusiasm,” Merritt said. “Now they can actually see it function and they can hear it. That’s the fun part. All of a sudden they’ve got something that works and they can enjoy it. They can also enjoy it, many times, because they have grandkids and the grandkids enjoy the jukeboxes.

“I have customers — of almost every wealth category — who tell me, ‘Okay, come over and take care of all my machines — and they may have four or five machines. I know exactly the reason I’m going over there to repair those machines — their grandkids are coming over and the grandparents want the jukeboxes to work for their grandkids.”

Getting a 70-year-old electronic and mechanical device to command a room and fill it with light and sound takes a good amount of work and talent.

Merritt, by necessity, is wired into people who can provide parts, relying on 10-15 folks whom he has dealt with over time. “I use them because I know them and have had dealings with them: they’re reliable and their prices are reasonable. There are a few people out there who think their parts are gold and I just won’t deal with them. It’s not worth it.

“Once you deal with these people a lot, you get to the point when you call them up, you get to know them and there’s a relationship. On the flip side, they may call me for parts. I have some customers who can do their own work on certain things. They ask me to get them this, get them that. I buy the part and sell it to them, or I take it off one of my machines and give it to them,” he said.

He said others doing the kind of work he does are middle-aged plus, but he also sees younger people coming into the ranks as their parents (or grandparents) pass the businesses on to them.

Has Merritt thought about bringing in someone young to take over the work or cut down the backlog?

“The problem is,” he said, “nobody seems to want to commit to learn the business and they think they should be getting journeyman’s wages instead of apprenticeship wages.”

COVID-19 has kept Merritt out of his repair shop for most of the last year. He’s return this spring.

Time is always on his mind.

One particular part can be so rare it takes several months to find it. If that’s the case, Merritt may employ an expert to make the part that is no longer available and that can put the price of a restoration up by several hundred dollars. He normally needs two to five months to finish a project when parts aren’t a particular problem.

In the end, he loves to watch the expression on a customer’s face when his work has had the desired effect.

“When a customer says, ‘That looks nice and really sounds good — I didn’t think it was going to sound that good.’ That’s the joy of the customer getting the jukebox back and enjoying the sound — and usually, it’s their records they’re listing to,” he said. “The real audiophiles like to hear their music on vinyl rather than on disc or over the internet because the sound is truer and warmer on a record.”

Photo: Jukeboxes like this one were a dream addition to a teenager’s game room or basement with big sound, bright lights, and lots of recordings inside. Gary Merritt of Webster is a special craftsman who repairs and restores jukeboxes, pinball machines and old slot machines.