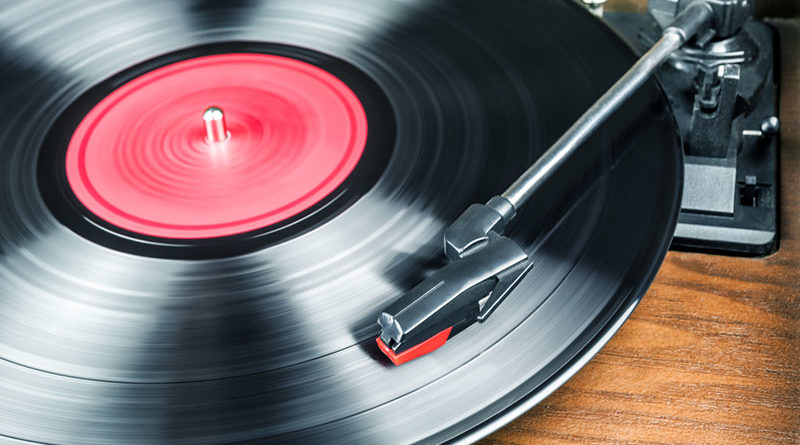 LP and 45 enthusiasts have enjoyed the revival of records for the past decade — and it doesn’t look like the trend is ready to dwindle anytime soon.

Despite the convenience and ubiquity of streaming music, to some people nothing beats records for listening to their favorite music.

“There are so many reasons why folks prefer vinyl albums over other forms of pre-recorded music,” said Alayna Alderman, vice president and co-owner of Record Archive in Rochester. “There’s the nostalgia of it. We all know how music transports us to another time and place, it reaches us in an ethereal way. Couple that with the wonderful graphics and artwork of vinyl and the visual is another connection.”

Records give owners of the music a physical object to link them to the sounds they love and the times those songs represent.

“When listening to records, you have to interact with it; flip the record, read the liner notes, etc,” Alderman said.

Since all retro things are cool, it makes sense that records are popular with younger people. Alderman said that she sees parents shopping with teenagers and they share their favorite bands.

“I see it as the only format that truly bridges generations,” Alderman said. “’You must have this Beatle album or Led Zeppelin,’” she said. “People also take pride in their record collections. It defines who we are and is an important part of our history and culture.”

Tom Kohn, owner of Bop Shop Records in Rochester, has been in the record business close to 50 years. He said he never gave up on the popularity of records rebounding.

“I knew they’d be around for a while,” he said. “Part of it is hipster. The kids are doing what their friends are doing. Not all records are available through streaming services like Spotify.”

Kohn said that seeing what the bands look like, along with logos and other illustrations, helps people feel closer to their favorite entertainers.

“There’s nostalgia about records,” Kohn said. “A lot of fathers and daughters or fathers and sons come in to explore together. It’s awesome.”

He said teens through young adults like classic rock, like Rush, Pink Floyd, David Bowie and The Clash.

Kohn said that many music companies have been appealing to people in their 30s and 40s by reissuing rock that was popular in the ‘90s that had never been issued on records before.

“By then, vinyl was pretty much over, but if you were a teen in the 90s you can find the music from these music companies, as all those are getting repressed,” Kohn said.

Though he prefers the sound quality of originals, he’s glad to see records accessible for people who want them.

He recommends spending more on a good turntable, not an inexpensive model at discount stores.

Among his 20,000-album collection, his favorite music is Oliver Nelson, a blues abstract troupe. Kohn owns copies in both vinyl and CD. The store stocks about 200,000 recordings.

“Records will continue just fine,” Kohn said. “They ebb and flow. If we get into a petroleum problem or other economic forces, they may decline, but the desire will always be there.

The growth in the popularity of records has also spurred a growth in record consoles. Dan Bogel of Walworth stumbled upon the console repair business. The 56-year-old works as a project manager for Best Construction in Ontario. One of his customers had a four-foot console repurposed as a plantstand.

The customer wanted to sell it, so Bogel bought it for $50.

Always up for a challenge, he decided to restore it. By researching resources online and applying his existing knowledge of cabinetry, he completed the project. He did a few more for friends and acquaintances. His work on consoles picked up steam and he founded For The Record Stereo Console Restoration in 2017, working from his garage and eventually from a 20-by-20-foot addition he constructed.

“It’s certainly easier to do the wood than the electronics,” Bogel said.

He reaches out to many different mentors when he feels stumped.

When Bogel bought the first console, he didn’t even own any records.

“In my teens, eight-tracks were much smaller, though a record has a better quality of sound,” he said. “I didn’t have a lot of records then because I didn’t have much money.”

By the time his income increased and he began buying more recorded music, he began purchasing CDs. Now he owns 3,000 records of all genres except the one he doesn’t like: rap.

He stores many unrestored consoles and portable record players at his workshop where clients may come select the model they want. Most are older than Bogel, but some are younger adults who want a console to complement the vibe of their retro-furnished homes.

Once clients come to an agreement on the model and its price, Bogel charges a deposit and begins working.

“Every unit remains intact as it was when it left the factory, except adding Bluetooth capability if desired,” he said.

Every part is inspected and cleaned or, if necessary, replaced, as well as the cabinet. Some restorations take months, including a trial period where Bogel plays the console daily for a few weeks.

“Once I am satisfied with its performance, the clients may come and claim their console,” Bogel said. “Patience is a virtue I need [that] from my clients.”

So far, he has restored only 15 consoles. The cost of restoration starts at about $700.

Bogel said most of his consoles are from the 1960s.

“History is history and if the walls of the cabinets could talk, they would spin endless tales of families gathered around the precious console to listen to music,” Bogel said. “And that is it—it’s all about the records and the machines that played them.”