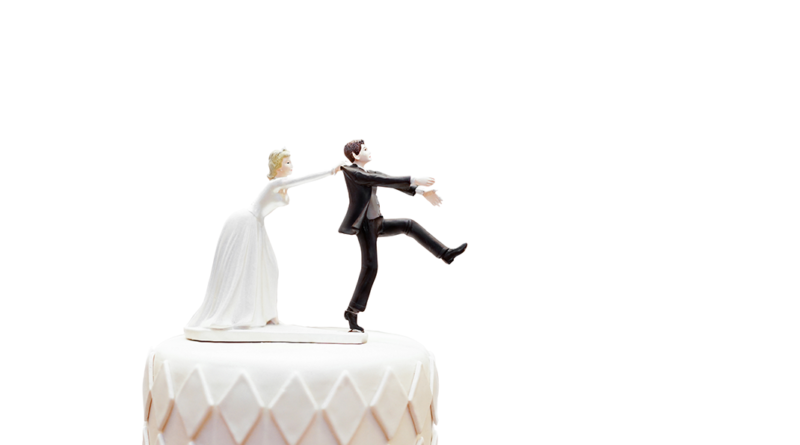 A few generations ago, most people married right out of high school or at least by their early 20s.

According to data gathered by Pew Research Center, only 67% of baby boomers married by age 37. Some choose to never marry. For others, waiting makes more sense.

Marrying later in life occurs for quite a few reasons.

Meena Lall, licensed clinical social worker with Tree of Hope Counseling in Rochester, said that many who marry after age 55 is likely “a highly successful person and your priority is moving forward in your education and career. If you’re getting all your ducks in a row, marriage waits.”

Holding off on matrimony until finishing school and buying a house has become much more socially acceptable in light of economic struggle.

In recent generations, more people seem to be aware of the need to “find themselves,” Lall said.

Despite the stigma of divorce fading, nobody wants to enter a doomed marriage. Many people have observed their parents’ miserable marriage and often, subsequent gray divorce and want to wait on choosing the right spouse. They may not know what they want out of life and who they are as a person until they’ve passed their 30s and even 40s.

“There’s a newfound pattern of people being encouraged to grow, change and meet their life goals without being labeled as selfish or something is wrong with them if they don’t marry right out of high school,” Lall said. “We’re allowing ourselves time and honoring ourselves to say, ‘I want to be my best self before I commit to this.’ It’s possible there could be some real honor and respect for the relationship itself. ‘I want to bring that best part of myself to that relationship.’”

She tells couples to treat their relationship as something they will continually work on, not a life goal they check off a to-do list.

When someone weds midlife or later, building a good relationship relies upon a few key areas. Flexibility came to mind first for Lall.

“Just like we treat our bodies as we age to be flexible, it’s the same with our beliefs, values and thoughts,” she said. “It doesn’t mean to sell yourself out, but it means that you’re willing to stretch, listen and not get stuck on that’s the way it always was.”

As with the physical body, this can become harder with age. But it can also become easier with practice. Flexibility helps with making accommodations for the spouse’s thoughts, emotions and — to get practical — their stuff when melding two lives together. Flexibility also helps couples realize that they should allow the other person room to do their own thing.

“We all come into relationships with unmet needs and mistakenly expect the other person to meet that need instead of having that person as a person who can support us in meeting our own needs,” Lall said.

In addition to realistic expectations, Lall said that communication is also important. Oftentimes, couples speak over each other or rehearse what they plan to say next instead of listening. She thinks that people do this because they are afraid. Instead of responding defensively, she encourages people to ask, “’What is this about? What are you afraid of? What’s happening?’” she said. “It gives them a chance to take a minute and clarify.”

Despite the best intentions, conflict inevitably arises and thus the need for forgiveness and acceptance. But forgiving and accepting oneself is just as important as forgiving the spouse, according to Sandra Hope, licensed mental health counselor and owner of Sandra Hope Counseling in Spencerport.

“If you do these over and over, you’ll be successful,” Hope said.

Before marriage she tells couples to discuss finances, sexuality, spirituality, and family of origin. This helps them understand each other’s expectations and past experiences before they can become more emotionally charged issues.

“Any trauma in your childhood you’ll see in your partner even if it’s not there,” she said.

Understanding these triggers and watching for them can help spouses avoid misdirecting their negative emotions. Often this happens when a spouse unknowingly says or does something that to the other resembles a past experience.

Hope also counsels couples to “give up the idea that we have to be right” as in many areas, both spouses can be right to certain degree.

“Growing up with the all-or-nothing idea has been damaging when there’s so much gray in the world,” she said. “We’re scared to death to not know. We create these ways of thinking and paradigms that make us feel secure and safe when as we found with the pandemic, we’re totally out of control. We create things to make us feel safe.”

It’s all right to disagree on something and let it drop. Hope urges embracing the areas in which the couple agrees instead.

In some areas that matter, “it’s brainstorming and coming up with a mutual idea. Put down every possible solution and choose what will meet both of your needs,” she said.