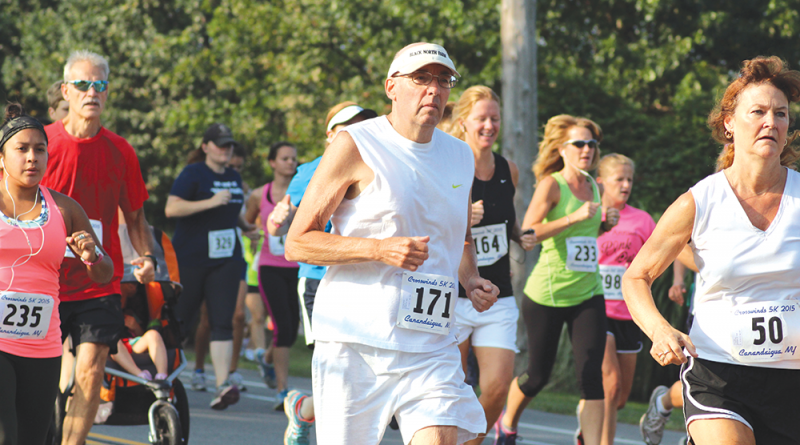 Gates man reaches out to other runners with implanted medical devices

At age 66, there’s not much that stops Bruce Rychwalski from keeping on the move. The Gates resident is closing in on running his 200th race since having implantable cardioverter defibrillator surgery in 2011.

The device helps Rychwalski to manage the genetic heart muscle disease from which he suffers.

He is now working to reach out to others who face similar medical issues through the formation of “Rochester Running Heroes” — a group he envisions consisting of runners who, like himself, have had medical devices placed into their bodies — including pacemakers, insulin pumps, coronary or thoracic stents.

Formation of the group was announced last autumn, but Rychwalski says so far, people have been slow to respond to his efforts. He’s now planning to promote the effort during this running season.

“I’m going to try to re-energize the project,” he said. “I think it would be a good idea to have a T-shirt printed up with ‘Rochester Running Heroes’ on the front and a picture on the back of a device such as a pacemaker. I could wear it to races and people could see what it is all about.

“I may be the exception rather than the rule,” Bruce muses regarding his efforts to keep running and active despite his medical issues.

He said there are more older runners now than there were just five or 10 years ago, although most do not have medical conditions like his.

“Even with a slower pace, I still usually finish in the top-50 percent or third of all runners in the race,” Bruce says. “There are a handful of guys my age or older that I can’t beat, but there is nothing wrong with them.”

For seniors who would like to consider running as a way to keep active and in shape, Rychwalski suggests buying a decent pair of running shoes. He typically buys shoes for $40-$45 and advises to start slowly.

“Anybody of any age can start by walking and then progress to a brisk walk, then jog, and then increase slowly to running,” he explains. Runners should also work to gradually increase mileage, working up to a 5K distance. Training programs are also widely available, Rychwalski adds.

In addition to forming his running club, Rychwalski says he is hoping to volunteer at Unity Hospital as a mentor for others who are undergoing procedures to have pacemakers or defibrillators implanted.

“People are frightened because they don’t know what to expect.  This can help relieve their anxiety or make the decision to get an implant a lot easier,” he says.