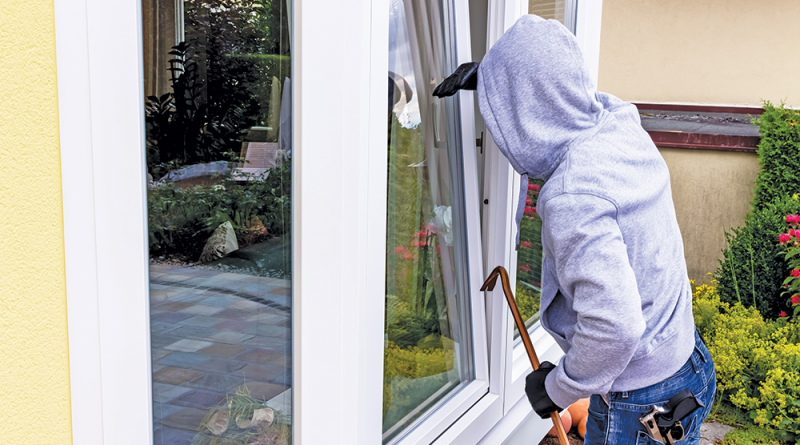 Burglary: you think it will never happen to you until it does. How can you reduce your risk of break-in? Local experts shared their tips.

1  Keep your home locked. “Everybody opens their windows to get fresh air and they leave windows open and doors unlocked to go for coffee. Most entries are open entries. I, personally, check throughout the house before I leave. I really think many of these crimes are crimes of opportunity. There is a heroin epidemic in our country and locally. Drugs are more of an issue and that increases entries and break-ins. The best area to start is to make sure all windows and doors are locked.”

2  Keep your home well-lit. “I recommend motion lights around the home, especially around the entries and the driveway near the front door. I have a dim night light and it gets three times brighter if there’s motion.
–  From Adam Wood, Absolute Home Security, Rochester

3  Get a quality security system. “A lot of times when they’re thinking of a security system for their home, they settle on price alone. As a result, they don’t get the proper protection they need.”

4  Don’t give burglars hiding spots. “Keep your bushes trimmed and low. Many people have nice greenery in front of windows and it’s a way for a burglar to hide.”

6  Don’t open the door to strangers. “Get a peephole; they’re cheap. Once you open the door, they’re in your home because it’s so easy to push your way in. Greet the individual first. If they say they’re from RG&E, ask them to put their ID badge up to the window. Make a phone call to R&G and tell them who is there representing their company. It’s pretty easy to make an ID badge with a home printer. When in doubt, call 911. Tell them you have a suspected utility worker at your door. They’ll send a police car to your home quickly and now if he’s legit, he’ll stay there. If they’re not legit, they’ll leave.”
– From John Romero, Keystone Security Systems, Rochester

7  Turn your alarm system on. “Eighty percent of all burglaries happen through doors, which is why alarms work. If they kick in the door and the alarm goes off, they will leave. People should get into a routine of turning on their alarm before going to bed and whenever they leave the house.”

8  Keep your house looking lived-in while you’re gone. “Have a light on. Turn the radio on. Have someone mow the grass while you’re away and have the Post Office hold your mail so it won’t pile up.”

9  Let burglars know you’re there. “If someone knocks on your door and you don’t want to answer it, the worst thing you can do is make someone think you’re not home. Burglars want to know if someone’s home. If he kicks in the door and there’s a screaming person, he has a reason to hurt you. Instead of not responding, say, “Who is it?” without opening the door or flip the light on. Now they know at least you’re home. They don’t want confrontation. They want an empty house.”
– Alan Des Grange, ADG Security, Hilton

10  Watch your online activity. “Don’t post pictures of your vacation while you’re gone or tell about the restaurant while you’re there. Everything being mobile, it’s very easy for people to pick up a phone and see where you are.”