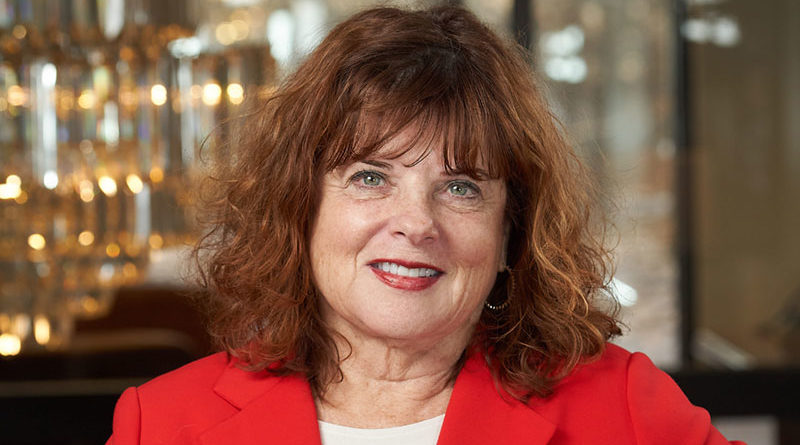 Sharon Stiller began setting her sights on difficult-to-reach goals as a young child.

“I just never really perceived them to be unreachable,” the 68-year-old says.

That drive to accomplish has taken Stiller to a partnership at a Rochester law firm — Abrams, Fensterman, Fensterman, Eisman, Formato, Ferrara, Wolf & Carone, LLP — where she heads the employment law practice.

The firm, which has offices statewide, has been named one of the top-100 in New York. Stiller has also carried an Olympic torch, traveled widely, raised a child and produced a play, just to name a few of her other accomplishments.

Stiller was born in Rochester, the middle of three children, then moved with her family to Irondequoit. When just 8 years old, she became curious about the legal profession, and arranged to meet with the late Irving Kessler, a relative who was a prominent attorney.

“I remember having a yellow legal pad, taking notes on what he said about what it was like being a lawyer,” she says. “However, he answered my questions in a way that made me want to be a lawyer.”

Her path to the legal profession wasn’t an easy one. For one thing, her family had little money for higher education. After graduating from Irondequoit High School, she headed off to SUNY Albany. Though on scholarship, she had to work to make ends meet.

“We were not a wealthy family,” Stiller explains. “My father was the only one in the family who was college educated.”

That didn’t stop her from completing her undergraduate studies a year early. Stiller then headed off to the private Albany Law School, where she again had to work to supplement her scholarships. The competition among students was fierce.

“One of the things they say when you enter law school is, ‘Look to your left and your right.’ One of those two people won’t be there when you graduate,’” Stiller says.

Back then, the internet didn’t exist, and law students had to research legal cases in the school’s library. Some of Stiller’s more competitive classmates tried to beat their peers by hiding the books that were needed to complete assignments.

Few women sought to become attorneys back then —Stiller was only one of 20 women in her class of 200. That knowledge appears to have pushed her to achieve.

“I had to do it better not only for myself, but for other women,” she says.

Stiller graduated from law school in 1975 — again, one year early — and was intent upon working for the Monroe County District Attorney’s office. At that time, the incumbent DA, Jack Lazarus, was running for re-election against his challenger, Lawrence Kurlander. Stiller couldn’t be sure which would win, so she took no chances.

“I secured a promise from both candidates for office that whoever was elected would hire me,” Stiller says.

Kurlander won, and was true to his word. At a time when few women entered the legal profession, the hiring of a female assistant DA was news.

“I was one of the first two female full-time assistant district attorneys in the Monroe County DA’s office,” Stiller says. “We actually had a press conference.”

Stiller soon made her way into that office’s appeals bureau.

“You take somebody else’s trial, and you try to uphold it, being in the DA’s office, against the various issues that are raised,” she explains.

Eventually, Stiller rose to argue a case before New York state’s highest court, the Court of Appeals. Though she found such work fascinating, after a time she decided to take on the challenge of prosecuting cases — which involved a whole new set of skills.

“When you’re an appellate attorney, you’re reading the record — you have your leisure to research things,” she says. “When you’re a trial attorney, it’s all instinct and learning.”

“In a trial, you’re telling a story,” Stiller says. “What I was trying to do when I was a trial attorney was to get people to understand the story, and not see me as a woman or a man or anybody, but as a prosecutor.”

Stiller went on to prosecute violent felonies and major offenders, while taking on other tasks for the DA’s office. For one thing, she taught budding physicians about court procedures.

“I developed a mock trial for medical students at the U of R [University of Rochester] in order to teach them about a legal system that they would surely become involved with,” she says. “The American College of Surgeons picked it up, and used it for training for years.”

After a time, Stiller decided to take another career and set of skills.

“I ultimately realized that I kept seeing the same people coming in and out of the criminal system, so I went into civil law,” she explains.

Her first job was as an associate at Kessler’s law firm, Goldstein, Goldman, Kessler & Underberg.

“The first day that I was at the firm, one of the other associates left on my desk a night court case to go to that night,” she says. “That’s just what happens.”

In about 1987, Stiller found herself drawn to practicing employment law. Back then, even the term was largely unknown.

“When I went to law school, there was no such thing as ‘employment law,’” Stiller says. “It was a twinkle in somebody’s eye.”

She chose to devote her energies to the practice of that type of law. In most of her cases, she represents the employer.

“There are a couple of cases where I’ve taken cases representing employees when I couldn’t resist, but it’s honestly equally fulfilling to represent employers, particularly employers who are trying to do the right thing,” Stiller says.

In 2010, Stiller signed on with Abrams Fensterman, drawn by the chance to practice law both inside and outside of this area. The firm has five offices, including one in Manhattan. Since then, she has represented such clients as the Rochester Philharmonic Orchestra in civil suits.

While pursuing her career, Stiller has also followed more personal interests, including the desire to support women’s rights.

Kate Bennett, president of the board of directors of the National Women’s Hall of Fame, met the hard-charging attorney in the early 2000s, after Stiller joined her on the board. The two quickly bonded over motherhood — both were raising or helping to raise daughters — and their interest in women’s rights.

That commitment led Stiller to produce “Susan B.,” a play about famous suffragist Susan B. Anthony’s trial for voting in the presidential election of 1872, when women were denied that basic right. The word “suffragist,” which Stiller prefers to use to describe Anthony, refers to someone who advocates for the extension of the right to vote in elections, especially to women. Anthony was convicted for illegally voting, fined $100, but refused to pay a dime.

“Susan B.” was performed in 1995 before overwhelming crowds in Rochester and in Canandaigua, where the original trial took place. Freelance writer Gary Lehmann wrote the script, using court records from the original proceeding. Lehmann’s wife, Wendy, has long been a friend of Stiller. The couple calls Penfield home.

Stiller has given her great energy to other causes, as well. She’s a longtime supporter of The Little Theatre, one of Rochester’s cultural gems, and of WXXI, the region’s public radio and television station.

“She’s someone who’s really involved in the community, and really cares about the community,” says Norm Silverstein, president and CEO of the WXXI Public Broadcasting Council. He became friends with Stiller after he moved to the Rochester area in 1995.

At Stiller’s urging, Silverstein joined her on the board of the National Women’s Hall of Fame for a time. After he left that body, she sneaked him into the ceremonies of such notable women as Supreme Court Justices Ruth Bader Ginsberg and Sonia Sotomayor when they were inducted into the hall.

“We met Sonia Sotomayor, and had a chance to talk to her,” Silverstein explains. “Some of the most interesting people that I have met in 23 years or more in Rochester have been either directly or indirectly because I knew Sharon Stiller.”

“It’s a whole evening of pre-Thanksgiving turkey — and, a lot of pretty good wine is consumed there,” Silverstein says. “It’s a place to see and be seen.”

Stiller’s desk at Abrams Fensterman is surrounded by awards she has received, books on employment law — she’s written three on the subject — and personal items. Two photos are prominent. One, a large picture of Stiller’s daughter and some of her nephews as young children, hangs opposite the attorney’s desk.

The other, a photo of the earth that was taken from the moon, hangs on the wall to the right of her desk. The picture, which is gift from a past client, bears the signature of astronaut Jim Lovell. Stiller says the photos help her stay grounded.

“It’s so nice to have children on one wall and to have that on the other wall,” she says. “It puts everything in perspective, doesn’t it?”

• Has run in five marathons.
• Carried the Olympic torch when it came through Rochester in 1996
• Makes eight turkeys at a time for her yearly Thanksgiving bash
• Has been to Australia, New Zealand, Thailand and Cyprus
• Always drinks decaf, because she doesn’t need any more energy