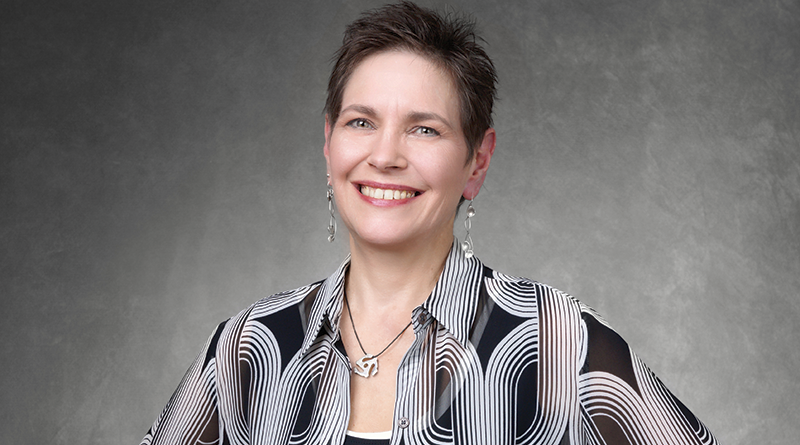 Julia Figueras, a classical music director at WXXI, is as passionate for Dvorak and Brahms as she is for Bruce Springsteen and Radiohead

If you look at WXXI Classical 91.5 Musical Director Julia Figueras’ CD collection you’ll find plenty of classical selections — Dvorak and Brahms are two of her favorites. But you’ll find a lot more than classical; American rocker Bruce Springsteen and British indie rockers Radiohead are also among her favorites.

“I never felt like I was two different people; a Dr. Jekyll and Mr. Hyde,” said Figueras, 61, who in addition to her music director duties is the midday on-air host and host of the “Backstage Pass”, a monthly live program that highlights local and visiting performers.

And that could very well be a good country song just as it could be a classic Brahms symphony, she said

“It’s all a matter of not categorizing, just listening.”

The old times of classical radio disc jockeys only listening to classical music are gone, she said. The genres influence each other and cross over in to each other styles, Figueras said. “I think it’s really exciting.”

Johnny Greenwood of Radiohead and the late Jon Lord of Deep Purple are among the rockers who have also composed classical music.

And the classical musicians of tomorrow, like the students at Eastman School of Music, are listening to bands like Radiohead, she said.

When Figueras, who will celebrate her 20th year at WXXI in February, graduated from Greece Arcadia High School in Greece and headed to college in the early 1970s, she set her sights on becoming a professional actor.

“Then I discovered I had stage fright,” said Figueras.

She did, however, enjoy being a stage manager, which kept her involved with theater throughout her college career.

Figueras graduated from Brandeis University in the suburbs of Boston. She liked the area and started waiting tables and working as a record store clerk. “It was a way to make money to pay the bills, be independent and sort of figure out where to go next,” she said.

Then, she discovered WICN, an alternative music station in Worcester, Mass. She already loved the genre and grew to love the station as well. The more she listened, the more she became attracted to the world of radio.

“I love it. It’s magical. Radio is the best thing in the world.”

“You can be whoever you want to be when you turn on that mic.”

She called the station to talk about music and the craft of radio and they offered to train her. “I went to a station that was playing music I liked and they taught me how do it.”

At WICN, and several stations in the Boston area, she learned the basics, what you need in a radio show and how to build that show.

That’s still one of her favorite parts of the job, Figueras said. “I really love building a show; creating the arc of what’s going to happen from beginning of the day to the end.”

Her early instructors also taught her about on-air presence.

“Don’t talk into the mic, talk to somebody.”

“Be warm, be friendly, and if possible be witty.”

Her mentors also taught her about things to avoid, like revealing too much personal information on air, Figueras said.

“Also, be very accurate in information you give.”

Another important lesson she learned from her days in commercial radio; you don’t have to be a fan to play the music.

“What you need is to be competent on the air,” Figueras said.

“If you’re good at radio, then you should be comfortable in whatever format you are working in.”

Before finding her way to classical music, Figueras was a disc jockey at a heavy metal station.

“That wasn’t my gig, but it didn’t matter,” she said. “I had a competent tape and I could do the job.

“To me, being a fan wasn’t a necessity. Having a job and getting paid, that‘s a necessity.”

Figueras had several different on-air jobs at radio stations in the Boston and eventually moved to New Hampshire for a job at a modern rock station.

“Like a lot of radio disc jockey jobs, the pay was just ghastly.”

To help make ends meet, she picked up the Sunday morning jazz shift at the station.

“I wasn’t an aficionado, but I liked jazz, I’d listened to jazz,” she said. “More than anything else it was a matter of money. It’s not easy to get people to pick up a Sunday morning shift so they were happy to have me take the shift.”

Eventually, she landed at New Hampshire Public radio as a jazz disc jockey.

Then, the station shifted to a classical music format. “They said ‘can you do classical too?’ I said, ‘sure.’”

And so her career as a classical music disc jockey was born. “It was total happenstance,” Figueras said.

Her grandfather was a founder of the Rochester Philharmonic Orchestra, she’d attended its concerts as a child and played trumpet as a child, but she wasn’t, at that point, a big classical music fan.

“It was a lot of reading; a lot of studying,” she said of prepping for those first classical shows.

And over time, as she’s learned more about classical music for her shows and attended live performance, she’s developed a love for the genre.

When New Hampshire Public Radio switched to an all-news format Figueras found a new job in her hometown, at WXXI.

So, she and her daughters, Molly, who is now 24 and Maggie, 20, packed up and moved to Rochester.

“I got lucky. I got to come home to my family.”

Her mother and a brother still live in the Rochester area.

Rochester is also where she met her husband, Peter Iglinski, a former news director at WXXI, who is currently a senior press officer for the University of Rochester.

It’s also been a city that’s provided many opportunities for her daughters, Figueras said.

“It’s not every city where your daughter can get lessons with the chief oboist at the local symphony and for a modest amount.”

And her other daughter, who was trained in bassoon, and also was a part of the Rochester Philharmonic Youth Orchestra, was chosen to appear on the nationally broadcast, “From the Top” program, which highlights outstanding youth performers.

At WXXI, Figueras gets to work around 8:30 a.m. to get ready to go on-air at 10 a.m. Once she’s on-air, while the music is playing, Figueras is working on the next day’s show, getting music from the station’s music library and doing research on what music she’ll be playing the next day and updating Facebook and Twitter accounts. By the time she leaves, the next day’s show is already planned out.

These days, many commercial radio stations tape their shows beforehand. But a live broadcast is important, said Figueras.

“I think the audience can hear the difference.”

A live show also allows the flexibility to adjust the show as needed, like if there’s an important news or weather event that needs to be broadcast or if a famous composer or artist dies.

After her midday show wraps at 2 p.m., Figueras gets to work ordering CDs for the station, listening to new CDs that have just come in to the station, putting the final touches on next day’s show and setting up interviews for “Backstage Pass.”

The prevalence of social media opens up a whole new world for radio, she said. Social media — like Twitter and Facebook — make it much easier to communicate with listeners, collecting their feedback and questions, and to update them as new information becomes available.

Meeting the listeners is one of her favorite parts of the job, Figueras said.

“Every now and then you’re going to, no pun intended, hit a chord they don’t like.”

People are very passionate about their music, Figueras said. “If you do something that upsets them, they’ll let you know.”

Once, she met a man at a party who said he never listened to WXXI because the songs were too long. “He said, ‘6 to 8 minutes is about my limit,’” Figueras said. When Figueras explained that classical compositions tended to run 30 minutes to an hour, the man suggested they only play a movement of the piece.

Discovering new music, or an old piece played in a new way, is also one of her favorite parts of the job. “I enjoy when you listen to a CD for the first time and it just blows you away.”

When she’s not on air, she enjoys New York Times crossword puzzles, which she does in pen.

“A lot of it’s about time and place, a book that really sets an era, really sets a moment in time, where you can really feel like you’re in the neighborhood where the story happens.”

And if it’s Wednesday night, you’ll find her and her team, Geeks Who Drink, at trivia night at Lost Borough on Atlantic Avenue in Rochester.