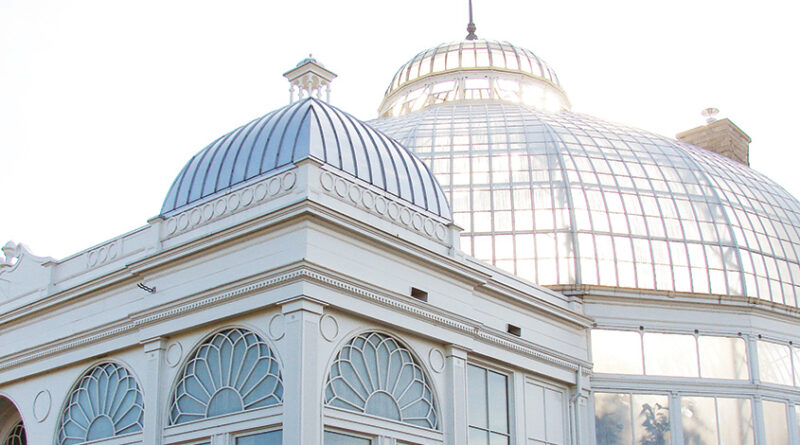 U. S. Route 20 is the longest road in the United States and is referred to as “America’s Main Street” or the “Big Daddy” (to contrast with Route 66, known as “Mother Road.”)The 3,365-mile highway starts in Boston and crosses a dozen states, including New York, before ending in Newport, Oregon. Travel in the slow lane through small towns and the rolling countryside stopping along the way to explore Central New York’s diverse heritage, natural beauty and agricultural vitality.

The state’s capital, Albany, is one of two major cities that Route 20 passes through. There is plenty to do. Take a tour of the impressive Capitol building, learn about the state’s history at the State Museum, visit one of the many art museums, or take a ride on the Hudson River. Not to miss is the Tulip Festival held each May.

Once a favorite getaway with the well-to-dos, Sharon Springs has been out-shined by Saratoga Springs. In the past decade the area has undergone a renaissance. It is the home of Beekman 1802 Mercantile featured in the TV reality series “The Fabulous Beekman Boys.” There are 177 structures in the small village on the National Historic Places. Plaques and storyboards allow visitors to wander the village to get a glimpse into the town’s grandeur in a gone-by era.

The museum of the Cherry Valley Historical Society, located in an 1815 Federal House, is the place to learn about the 1778 Cherry Valley Massacre. The massacre has been called the “most horrific frontier massacre of the war.” The museum has exhibits, including a diorama, dealing with the event along with many others that highlight the history of the area. Nearby is The TePee, a good place to grab a hot dog and enjoy the views of the Mohawk River Valley and surrounding area.

In the center of New York state, Cazenovia, is the lovely, picturesque town home to Cazenovia College. There are many parks and a public swimming beach. Many of the town’s places are on the National Register of Historical Places including Lorenzo State Historic Site, home of John Lincklaen, where there are a variety of seasonal events. The Cazenovia Beverage Trail highlights some of the state’s best agricultural products.

Two of the longest highways, Route 20 and Route 11 meet in LaFayette making it the “crossroads of New York”. The area is best known for its annual Apple Festival. Apples are one of the leading crops in New York state. There are apple orchards where visitors can buy apples and pick their own while also enjoying fresh cider and doughnuts.

The charming town on the lake hosts several annual and on-going events. The annual Antique and Classic Boat Show draws thousands of visitors as does the Dickens Christmas with many of Dickens’ characters wandering the streets. The village is also known for its historic downtown and great restaurants. Not to miss are the daily mail boat rides during the summer and the Friday night band concerts in July and August.

History buffs will find a plethora of attractions of interest in Auburn, including the Harriet Tubman National Park. Tubman was known as “The Moses of her People.” The Seward House Museum has a myriad of displays. The house stayed in the Seward family until the early 1950s. Few changes were made to the house but everything was saved. William Seward was a NYS senator and secretary of state under Lincoln. He was injured as part of the Lincoln assassination plot.

Auburn is also home to The Ward W. O’Hara Agricultural Museum. Writer Ward W. O’Hara became interested in collecting farm equipment in the mid-1900s. His wife, Ruth, joined right in and their collection grew beyond their ability to house it all.

Seneca Falls is a great destination for history lovers. The most significant are the Woman’s Rights National Historical Park and National Women’s Hall of Fame. Seneca Falls is where the women’s suffrage movement began. The village is thought to be the inspiration for Bedford Falls in the film “It’s a Wonderful Life” and there is a museum devoted to the film. In the same building is a section dealing with “voices for humanity.” The historical society has many displays as does the Museum of Waterways and Industry.

There are a multitude of attractions in the city of Buffalo, including the Martin House Complex, highlighting one of Frank Lloyd Wright’s most celebrated houses, and the Albright-Knox Art Galleries with artwork by Picasso, Warhol, and Pollack. The Botanical Gardens has the third largest greenhouse in the United States. The Buffalo Zoo is the third oldest in the United States. Buffalo is home to the professional football team, the Buffalo Bills, and also home to the Anchor Bar where Buffalo chicken wings are thought to have originated.

Along the Way: Each stop along the way has interesting things to explore within a few miles. Cooperstown is about 10 miles south of Cherry Valley. Route 20 also goes through Bouckville, home of New York state’s largest antiques and collectable show with over 2000 venders. The route offers easy access to the Finger Lakes and the NYS wine region. The road traverses the Montezuma Wildlife Refuge. There are several unique small museums just a short jaunt off the Route including the Jell-O Museum in LeRoy and Kazoo Factory Museum in Eden plus.