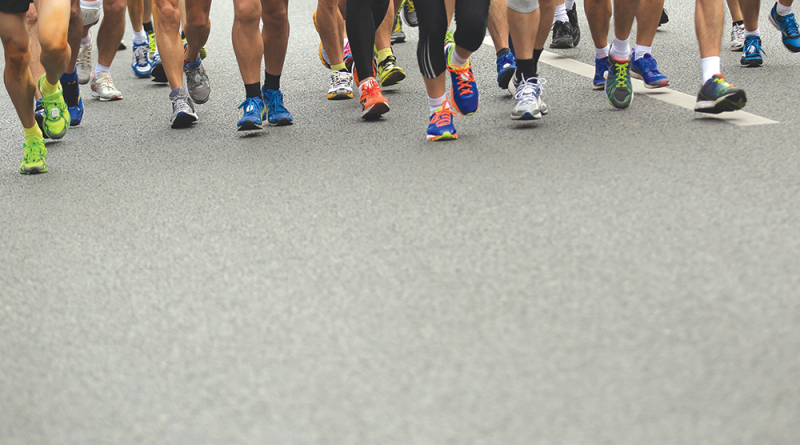 Runners show what perseverance, dedication can do

Colleen Magnussen just wanted to lose some weight and get healthier. Two goals that she believed were long overdue.

A few years ago, she decided following a couch-to-5K program would be the best way to achieve those goals. It was a surprising choice because she wasn’t much of a runner.

“I wasn’t someone who just instantly fell in love with running,” said Magnussen, 56, of Geneseo. “But my job had changed where I went from being an engineer moving around all the time to moving up to a manager’s position and being tied to my computer writing reports. My son was a runner in high school and he just talked me into trying it.”

Fifty-five-plus people continue to compete at a higher level in running throughout Upstate New York in various counties. To some, what these athletes are doing is simply amazing.

After only three years, Magnussen blossomed from a newbie to claiming a title in the USA Track & Field Masters National Grand Prix Championships. Aside from improving dramatically in her speed at virtually every distance, her 50-59-year-old women’s teams finished second in the National Grand Prix championships for three years in a row. Last year, she took second place in an individual 10K championship race.

The journey was never easy.

“I started actually walking for 10 to 15 minutes in the beginning and then I would run two to three minutes in a row,” said Magnussen. “It was very frustrating and harder than I thought because I couldn’t even run a mile without stopping all the time. But I decided not to get too frustrated and just build up to it. I smile when I look back at where I am now from where I came from.”

So she slowly ran one mile without stopping, then a second and eventually she could run three miles and more without taking a break. The key was pacing and pushing through.

“Whenever you try something new, it can be challenging. But I like to try new things and see what I can do,” said Magnussen.

In addition to her running accolades as team captain, she motivates and organizes her team exceedingly well. She also is the race director for the Innovative Edge Sports Summer XC Series. Perspective also helped keep her looking ahead and behind in a good way.

“You can look at things two ways. You can look ahead and see where you want to go in life and that keeps you motivated to forge on. But you can also look behind and see how far you have come from and appreciate that accomplishment as well,” added Magnussen.

For Carolyn Smith-Hanna, 65, she also wanted to simply run a 5K in 2007. She started training in the Greater Rochester Track Club, and participated in an eight-week clinic that teaches runners of all levels. She accomplished that and was invited to train with the Genesee Valley Harriers for cross-country.

The following year, Smith-Hanna ramped up her training and ran a mile close to six minutes at age 49. Soon she started winning national races, taking second place in the 3,000 meters in the National Indoor Track and Field Championships. After breaking world records for her age group in the mile, she was hooked on running.

“I love being outside, but not necessarily in the winter time,” said Smith-Hanna, of Pittsford. “Outside the obvious health benefits, I think it has kept my mind sharp and given me this wonderful sense of freedom.”

Smith-Hanna continues to make podium finishes and is a key member of her 60-69 year old team that has won multiple USATF National Championship team events including the past two years.

“As a former physical education teacher, I figured I might as well practice what I was preaching,” she said. “When I was young, there wasn’t Title IX and there wasn’t a lot of sports that I could get into. Running has just opened a door to social activity and just added another layer to my life. I am so grateful that I got into it because it really is special to me.”

Many of these runners are part of the Genesee Valley Harriers Club, which was founded July 1, 1996. The organization is dedicated to the sport of running in general and particularly to the sports of cross-country, track and road racing.

“We have so many tremendous runners who are at the top of their age group who are older than 55,” said Mike Reif, 67, Harriers Club founder and track coach. “We have people who are 70 years old who are competing in national events. We have people running anything from the mile to marathons. When younger people come to our club, they really see these men and women as role models of how you can keep in shape and keep running for years.”

Magnussen encourages others to keep in shape for as long as they can.

“I know I want to live a long life and be healthy. I know if I continue to do what I am doing then it will happen,” she said. “You see some seniors who don’t have the energy to do things because they haven’t been active in a long while. You want your quality of life to keep going as long as you do, so stay in shape so that you can ride that bike, climb that mountain or even regularly walk the dog without any problems.”