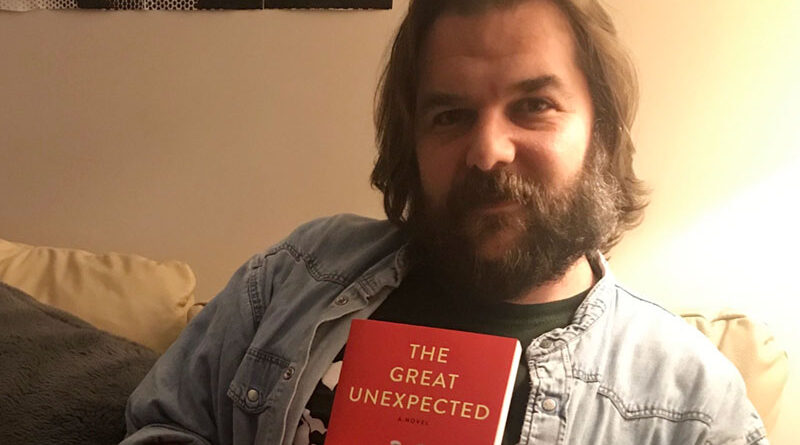 A universal tale of appreciating life no matter what

At the tender age of 36, Irish author Dan Mooney is decades away from having senior years afflictions and living in a senior home. But the young author captured the feelings and pains his grandparents experienced in the fictional characters of his bestselling book, “The Great Unexpected.”

Joel is the book’s main character and after living a robust life, things started to change. He’s in a senior home now and steadily losing his zest for life.

Joel lost his wife along with his sense of purpose and freedom to eat or sleep or anything else he wants to do whenever he wants to do it. He deeply resents being told what medications to take and when.

There’s more, such as not being that close to his only daughter and his grandchildren. He was working too hard earlier in life to get close emotionally.

Sadly, Joel considers suicide to be his only way out of the life he can’t stand anymore. Things will have to change for his love of life to return and they do as his perspective changes.

“Joel views people and staff in the home as his enemy but they never have been. You see tremendous warmth there,” Mooney explains from his home in Limerick City, Ireland. “It seems and looks like a prison but only if one treats it as such,”

A big catalyst for change arrives as Joel’s new roommate, Frank, a gay former soap opera actor, who along with others helps Joel get back on track.

Frank has a better attitude and an ability to make the best of any situation. But he has regrets too, and in a symbiotic relationship, Joel helps Frank, too.

Making Frank gay was important to the story because homosexuality has been a repressed experience in Ireland, Mooney explains. It was illegal until 1993. It makes Joel have to re-evaluate his own views and change the prejudiced way he views homosexuals.

The men are very different — Joel, the former garage shop owner, and Frank, a gay actor — but they come together. With Frank’s help, sarcasm and wit, the prospect of suicide no longer appeals to Joel.

Joel’s relationship with his daughter is another important aspect of the story. He was away and working while she was growing up. She was closer to her mother and Joel has to figure that out, too, having neglected to form a better relationship with her earlier in life.

Although Mooney lives in Ireland, he says the exact location of the senior home and surrounding town in the book could be anywhere, including Upstate New York.

“That was a deliberate decision,” says the author. “One of the things I’ve learned is place in a story gives character. By removing place from the story readers can place it wherever they want.”

The surrounding town and places are significant to the characters for their special memories and experiences but not noticeable to the reader.

The pair leaves the home behind several times to regain some of the adventure they used to have and revisit places they used to go. The grandkids even meet them at a night club as Joel rebuilds his relationship with them.

Ironically, an English reviewer assumed it was set in England and said the book was good English humor. “I get a lot of ribbing from guys about that,” Mooney says. You don’t have to be a history buff to know the Irish don’t want to be called English.

As Mooney says, seniors in a similar situation should not let circumstances get them down. The message is, get a renewed zest for life no matter how old you are.

“I like the idea of exposing men’s issues that have led to isolation in older men,” Mooney says, despite being in a different age group. More motivation for the book came from the fact that people are often shunted into senior homes. Their independence is suddenly taken from them and they’re expected to deal with it, he says.

“The Great Unexpected” is Mooney’s second book. Despite the universal acceptance of his book, he’s holding onto his air traffic controller job for now although he knows he won’t be able to sit on the fence forever.

The book has been published in Spain, China, Germany, the Czech Republic and the US, of course. The US launch was held at his brother’s tavern in Manhattan. His wife, Christine, is from Maine so the east coast is a frequent destination for the couple.

Mooney says it felt like he was hanging out with Joel and Frank as he wrote their story and missed them when it was finished.

“To find people engaging with the story is so gratifying,” he says. Mooney dedicated the book to “Granddads everywhere.”

Critics tell him he got it right but more importantly he feels his grandfathers would have liked it, too.

The COVID-19 era with its reduced air traffic and work hours has provided time for him to get started on a third novel.

His new novel is about “a generation of differences between people with climate change as a backdrop” 20 years in the future. Success means he can publish it whenever he’s ready.