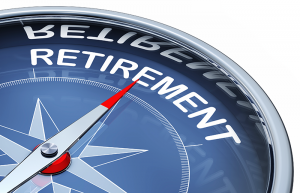 There are many age-related milestones. This is one of them.

Other than wishing for the good old days when your physical and mental capabilities were a bit sharper, age 66 does bring some benefits when it comes to Social Security retirement benefits.

So, what is magic about FRA?

First, don’t confuse FRA with actual retirement. One can retire from full or part-time work years prior to reaching FRA — or years following FRA. Full retirement age is simply a name used by the Social Security Administration to indicate the age at which full retirement benefits are payable. These benefits are determined via a formula based on your highest 35 years of earned income adjusted by inflation. The FRA benefit is called the primary insurance amount — or PIA.

Using age 66 as FRA for today’s baby boomers, if one starts to receive benefits at age 62, say, the benefit would be about 75 percent of PIA. If one delays benefits beyond age 66, the benefit increases by 8 percent of PIA for each year of delay up to age 70, making the age 70 benefit equal to 1.32 times PIA.

For FRA greater than age 66, the numbers are a bit different but the idea is the same.

Second, three options are instantly available at FRA that were not options at a younger age.

Earnings test disappears — If benefits start earlier than FRA, earned income exceeding an inflation-adjusted threshold ($16,920 in 2017) results in having a portion of benefits withheld. Earned income is defined as W-2 or self-employment income. For ages 62 to 65, the reduction is $1 for every $2 of earned income in excess of the threshold.

Note that if you are subject to the earnings test, the retirement benefit is recalculated at FRA to account for the withheld benefits, resulting in an increased PIA. The increase is modest, however, taking until about age 80 to make up the difference.

Ability to temporarily suspend benefits — Although the rules changed a few years ago to no longer allow an unlimited “Do-Over” option (ability to stop and pay back benefits at any time to completely restart the benefits “clock”), there still remains flexibility to adjust for earlier claiming decisions that are later judged to be unwise.

Fortunately, Congress preserved the ability to suspend benefits at or after FRA, following the earlier commencement of benefits. During a suspension, deferred benefits grow at a rate equal to 8 percent of the FRA benefit (PIA). An extreme example is when an individual begins reduced benefits at age 62, taking a 25 percent “haircut” compared to the age 66 benefit. If that person suspends benefits for four years starting at age 66, the new enhanced benefit at age 70 would about be equal to the original age 66 benefit.

This is a great way to partly correct for an earlier claiming decision that is later regretted.

A limited “Do-Over” option, any time between ages 62 and 70, is still allowed, but it is only available for up to 12 months following commencement of benefits. One’s future benefits will then grow as if he/she had never previously filed.

Ability to Restrict Benefits to Spousal Only — This option is now reserved for a very limited group of people, those born on or before Jan. 1, 1954. These folks who are now grandfathered are allowed to file for spousal benefits only at or after age 66 — provided the other spouse is receiving benefits.

Restricting benefits to spousal only is a great way to sequence spousal-followed-by-own benefits and take advantage of enhancing one’s own benefit by an additional 32 percent starting at age 70.

As we always warn, choosing an optimal Social Security claiming strategy is a complex exercise that should be carried out in partnership with a trusted financial adviser who knows all the rules.