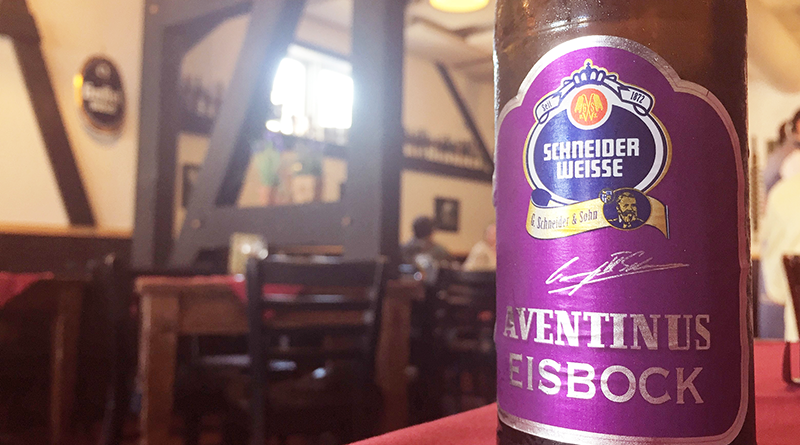 It’s too easy to call Canandaigua’s Rheinblick German Restaurant a step back in time.

Yes, the Tudor-style dining room and dark wood tables, cut and scraped by years of use and enthusiastic slamming of stone beer steins are not cutting-edge style. The nutcrackers and decorative beer steins that line the wall tread the line between authentic and delightfully kitschy.

Yes, true German restaurants that serve the likes of sauerbraten, kartoffelpuffer and, on weekends, sauteed calf’s liver with onions and bacon are something of a dying breed in cities across Upstate New York. In Syracuse alone, Danzer’s closed in 2015 (though is expected to reopen soon), Weber’s closed in 2009, Gruen’s closed in 1994 and Mirbach’s closed in 1981 after being fixtures in the city for decades.

But Rheinblick doesn’t rely on nostalgia. Its food — from the locally sourced sausages and crispy fried schnitzels to the homemade desserts and the best red cabbage I’ve ever eaten — speaks for itself.

Dinner started, as so many good things often do, with a platter of meat. The Deutsche Wurstplatte (German sausage plate. $9.99) includes brie and butterkase cheeses and four types of cured meats, highlighted by Black Forest ham. This ham bears more resemblance to an Italian speck or prosciutto than it does to the large lobes of ham found behind the usual supermarket deli counter that somehow shares a name with this delightfully smoky and salty treat.

Green salads come with every entrée and while it’s easy to phone it in with the usual iceberg lettuce, a few cherry tomatoes and a single slice of cucumber offering, knowing that diners can’t complain too much about a “free” salad, Rheinblick doesn’t ignore this start to the meal. The chopped romaine mix is topped with shredded carrot, radish, red cabbage, sunflower seeds and a creamy homemade dressing that looks very sweet, but actually has quite a bit of tang.

The menu has about two dozen entrée choices, including 11 types of schnitzel. Like listening to a new band’s greatest hits album, we wanted a crash course on the best Rheinblick had to offer, so we went for the Oma’s Teller (plate) for Two ($44.75), a large sampler platter with sauerbraten (German braised beef pot roast), schweinebraten (Bavarian pork roast), bratwurst, bauernwurst (a smoked pork and beef sausage), kartoffelpuffer (German potato pancakes), red cabbage and spätzle (German egg noodles).

Recipes for sauerbraten always seem to be passed down from German grandmothers and I wouldn’t be surprised if that’s the source of the recipe they use here — a time-tested take on the classic dish that results in tender, but not fall-apart mushy beef and a rich sauce cut by the dish’s characteristic vinegary bite.

Pork roast always sounds good in theory, but the final product is often a too-bland, too-dry roast that no amount of gravy can rescue. That’s not the case here, where the pork is tender and just-so-slightly shreds when cut with a knife. It’s a fair bit leaner than the beef, which makes this dish’s delicious execution that much more impressive.

The pair of sausages are sourced from Artisan Meats (formerly known as Hartmann’s Old World Sausage), also in Canandaigua. Both were deeply grilled until the casings just began to rip and placed on top of the platter like the cherry on top of a banana split. Both were great, but the white bratwurst, seasoned with garlic, nutmeg and other spices, was the standout of the two.

The beautifully irregular spätzle soak up some of the gravy from the pork and beef, adding another element beyond the butter they’re tossed with. Toothsome and satisfying in the way that homemade pasta always is, it’s one of the better renditions of the dish I’ve tasted.

The kartoffelpuffer pancakes were well-seasoned and fried to perfection — the inside remained creamy, while the exterior was golden brown and crunchy, providing a welcome textural and temperature contrast to the chunky applesauce served alongside. Fried potato pancakes can sometimes be too greasy and while these are far from a diet food, they did not feel too heavy.

How do you know Rheinblick is a proper German restaurant? Even the vegetables are cooked with meat. The red cabbage is stewed with pieces of meat (beef, I believe). Those chunks of meat, stained deep red by the cabbage, are ethereally tender, yet pack an even bigger acid punch than the sauerbraten. The cabbage is sweet, sour, warm and pairs brilliantly with the other components of the plate.

After dinner, our dirndl-donning waitress came to our table with a platter of plastic models of the restaurant’s homemade desserts. A little corny? Sure, but very effective. With little room left after our meat-laden feast, we opted to split a slice of sachertorte ($7.75), a classic Viennese chocolate sponge cake with a layer of apricot jam in between the two layers and a thick coating of chocolate icing on top. Apricot and chocolate is an unlikely pairing, but the fruitiness of the jam helped keep the richness of the chocolate in check and kept the whole dessert light, which after consuming a dinner of eight different meats, was just what the doctor ordered.