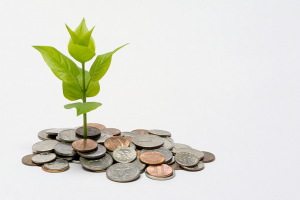 In a column last year, we focused on required minimum distributions (RMDs) and reviewed the consequences resulting from failure to follow the RMD rules.

Generally, for pre-tax retirement accounts (traditional IRAs, 401(k)s, and other employer retirement plans), the first RMD must be taken by April 1 in the year following the year the account owner reaches age 70-1/2. The next RMD is due by Dec. 31 of that same year.

Since most folks do not want a double “hit” in the first year, it is customary to take the first RMD by Dec. 31 in the year age 70-1/2 is reached.

One exception is for folks who are still working beyond age 70-1/2 and have a 401(k) or similar employer retirement plan. As long as the plan allows (not all do) and the worker is not more than a 5 percent owner of the firm at the end of the year the worker reaches age 70-1/2, RMDs are not required from that year forward until retirement. (Note that this exception does not apply to IRAs, SEP-IRAs, or SIMPLE IRAs, even if the person is still working.)

Frequently, folks who continue to work and receive earned income do not also want to receive the 401(k) plan RMDs, particularly if RMDs push them into a higher marginal tax bracket or create undesired tax consequences as a result of a higher adjusted gross income.

Strangely enough, if the worker becomes a greater-than-5-percent owner in a subsequent year at that firm or a new firm, the 401(k) RMD exception still applies at both firms. But, if the worker is greater than a 5 percent owner in the year he/she reaches age 70-1/2, RMDs cannot be deferred at that firm even if ownership later drops to or below the 5 percent level. If that worker later leaves for another firm, the exception applies at the new firm even if ownership exceeds 5 percent.

Also curious is the fact that the IRS has not yet defined what it means to be still working. A 40-hour week schedule is not required. Apparently, any schedule is OK as long as some level of earned income (W-2 income from the employer) is involved.

Although IRAs are not eligible for the still-working exception, there is a work-around some people use. As long as the employer plan allows for accepting IRA rollovers into the plan (not all do), you can roll your pre-tax IRA into the employer plan and avoid taking RMDs on that money as long as you are still working.

If the rollover is done after reaching age 70-1/2, an IRA RMD must be taken prior to the rollover. However, that impacts less than 4 percent of the account value, so the remaining 96-percent-plus can be “protected.” If you are younger but anticipate working into your 70s, simply roll over that money prior to reaching RMD age, thus protecting the entire amount from RMDs.

There is one huge watch-out that trips up folks when they finally retire after enjoying the still-working exception. This has to do with the start-up of RMDs.

When retiring, the first RMD is due to be paid by April 1 of the year following retirement. Then, as mentioned above, the next RMD is due by the end of that following year.

But folks retiring, say, late in the year, must take their first RMD either that year or early in the next year, followed by another RMD in that next year. The extreme case is someone retiring Dec. 31. This will drive two RMDs in the following year – a situation that most will not find appealing.

Some believe that merely rolling the 401(k) plan over to an IRA represents a work-around. Not true. The IRS requires that RMDs be distributed from an employer plan prior to any rollover out of the plan.

A simple way to work around this unfortunate timing is to retire early in the year, as early as, say, Jan. 2 or 3, instead of Dec. 31 of the previous year — if the employer is agreeable.

Taking advantage of the still-working exception is not for everyone. For example, doing so will increase the ultimate RMDs. That may produce an undesired tax impact later in life. Also, earned income during the still-working timeframe may be low such that taking RMDs or some IRA distributions while working may be desired or even necessary.

There is no cookie-cutter strategy here. It depends, as always, on individual circumstances. Working with a trusted financial planner to help you chart your retirement pathway is still the best approach.

James Terwilliger, CFP, is senior vice President, financial planning officer at Wealth Strategies Group, Canandaigua National Bank & Trust Company. He can be reached at 585-419-0670 ext. 50630 or by email at jterwilliger@cnbank.com.