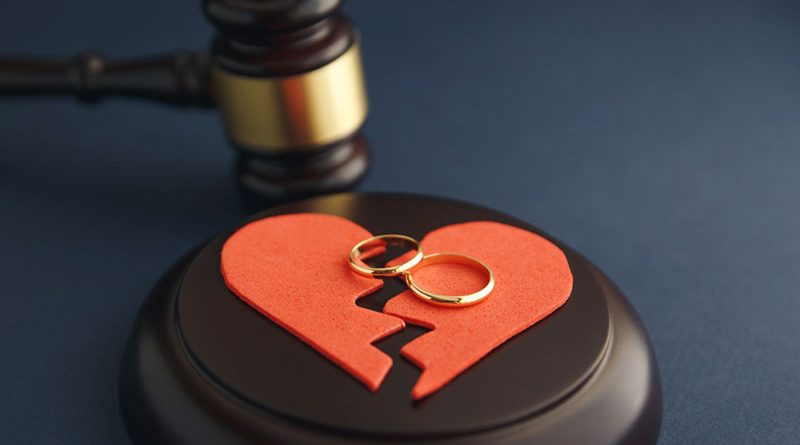 Parting ways at age 50 or older is on the rise. In an October 2014 paper “Gray Divorce: A Growing Risk Regardless of Class or Education,” Bowling Green State University researchers Susan L. Brown and I-Fen Lin revealed that since 1990, the divorce rate for couples aged 50 and older has doubled. Among those 65 and older, the rate increased even more. A 2017 study by Pew Research indicates similar findings.

Of course, a prenuptial agreement would help make the divorce a little smoother; however, only 5% of couples have this protection in place, according to the Centers for Disease Control and Prevention.

“If they have their spouse as beneficiaries, power of attorney or health care proxy, they need to change that as soon as they know they’re divorcing,” Livingston said.

Fortunately, New York law states that divorce will modify or sever appointments in these documents, even if the person who had them drafted doesn’t formally change them. But if the person dies before the divorce is finalized, “their assets and those powers may go where they no longer want them to,” Livingston said.

Couples should also look at their long-term care planning to revisit how their assets are held since their resource levels may change.

New York’s laws for dividing assets (property owned) and liabilities (debt) are pretty straightforward, according to Ethan Wade, senior vice president at Brighton Securities in Rochester. But it’s important to understand the differences between marital and non-marital assets.

If the money has been spent, the other party will not be expected to “pay back” the funds.

At this age, most couples have purchased a home. If one partner wants to keep it, he or she will likely have to refinance it if it still has a mortgage attached to it and cannot simply take off the other spouse.

“Going for a mortgage as a single person may have more challenges because they are on one income,” Wade said. “They could be forced to use some of the assets they get in a divorce to pay down some of the debt on the home so it’s more affordable for them.”

People married more than 10 years who have not remarried are eligible for spousal benefits from their ex-spouse, who will not receive any less income nor will even be aware of the payments.

Wade also said that people who have divorced should consider becoming more growth-oriented with their retirement plans since they will have less time before retirement to overcome any financial losses they experience from the divorce.

People facing divorce need to also look at their budgets, as their income and expenditures will change through the divorce process.

“Develop an income and expense plan so you know how much to save and how much to manage day to day finances,” said Pina Formicola, accredited wealth manager and accredited investment fiduciary with Sage Rutty & Company in Rochester. “Cash flow needs will change, as there were two incomes and now there will be one.

“Make sure you have some liquid assets set aside to pay for the attorney and other costs associated with the divorce and three to six months of non-discretionary living expenses,” she added.

They should also consider what debt they may take on because of the divorce. New York law states that each person is liable for the debt accrued during marriage, even if the debt was caused by the other spouse.

“When you go to court and in the process of divorce is where you can state your case and say, ‘I’m not responsible for half that debt and this is why,’” Formicola said.

She added that it’s important to change passwords and key credit-accessing information as well as monitor the credit report to prevent loss due to fraud.

“It’s easier to address if you catch it early,” she said.

A spouse may be responsible for debt such as a credit card in the other person’s name or student loan debt acquired by the other spouse. Legally separating before the divorce is final can help protect against the other spouse racking up more debt and then trying to split it 50/50 during the divorce.

Shared expenses that are easy to forget about include a video streaming account, bundled phone plan and insurance policies. These should also be separated.

“If someone owns a business, you need to consider having an appraisal done for a business buy-out,” Formicola said.

For a non-working spouse, it may make more sense to leave the business alone as that could be the other spouse’s means of paying maintenance. If both were involved in the business and can move forward amicably, becoming only business partners may be a good option. Or selling one’s share in the business to someone else could provide a way to break away.

An unemployed spouse may want to consider electing for COBRA, which allows a former spouse to stay on the ex-spouse’s plan for 36 months if the employer has a minimum of 20 employees. Working spouses may enroll in their own employer’s insurance plan during a 60-day, special enrollment plan enabled by the divorce.

James Englert, certified financial planner, enrolled agent with the IRS and president and CEO of High Falls Advisors, Inc. in Rochester, said that taxes can change after a divorce.

“Filing single can increase your exposure to taxes so you have to have a solid understanding there,” Englert said.

Since many people by the time they’re 55-plus have accumulated retirement funds, they need to keep in mind that these funds “are divided pretty much in half,” Englert said.

While it may seem unfair to a working spouse that the one at home with the children should have half of the funds, the spouse at home has provided the services that enabled the other spouse to go to work.

Going it alone through a divorce is not a good idea.

“It’s extremely important that both spouses are adequately represented by knowledgeable people,” Englert said. “I have witnessed some supposedly friendly divorces that didn’t look like it, even to me. It’s important to have a credentialed third party in all cases.”