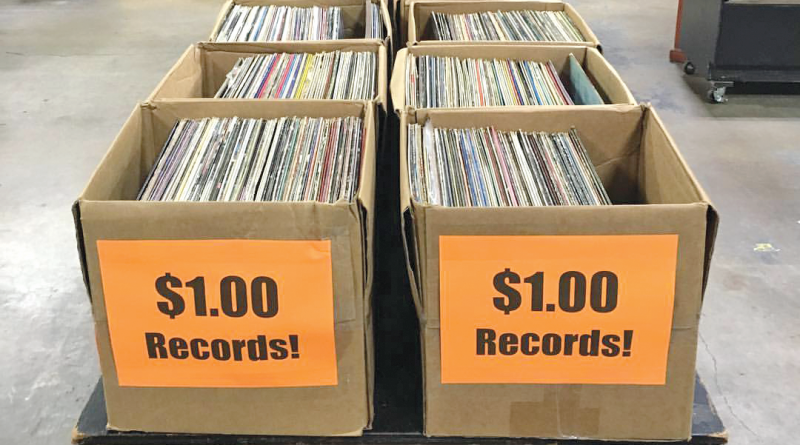 Want to find a special record or expand your collection artist? Try Record Archive in Rochester. Take your time flipping through its collection of more than 250,000 records, ranging from vintage to the latest releases.

In the lounge, you may discover a vintage sofa style you once loved or loathed. Record Archive claims its LP and 45 collection is the largest selection of vinyl records in the Northeast. As one wanders the sprawling — and at times, messy aisles — that’s completely believable.

The store also boasts an impressive selection of CDs, cassettes, and 8-track tapes, plus new and used Blu-ray, laser discs, DVD, and VHS. Most are about $5. Record Archive buys used media and buys, sells and repairs audio equipment such as speakers, turntables, amplifiers, receivers, and consoles.

As is the nature of a store that sells secondhand items, Record Archive’s massive selection can seem jumbled, since much of its stock has one to few copies. Sorting through display after display of media to find one special recording may take some time. The shop allows customers to try before they buy used recordings and can special order items it does not carry.

For Record Store Day, an annual sale that occurred in April, some diehard customers waited in lawn chairs to secure their place in line before the store opened. The event is that big of a deal to fans of Record Archive.

Record Store Day is also one of the few days per year that shoppers can sip a craft beer while shopping at Record Archive. Four times per year, coinciding with store events, Record Archive obtains a special use permit to serve alcohol.

“Ol’ Record Man Ale” debuted at the most recent Record Store Day to celebrate the store’s 40th anniversary. The brew represents a tribute to Dick Storms, who founded the shop and developed “The Record Man” persona during TV spots. Developed by local Rohrback Brewing, the beer references Storms’ nickname. The septuagenarian is still involved in the business, though Alderman handles its day-to-day operations.

Alderman said that the business is working toward a beer and wine license, which would allow it to serve alcohol anytime, but especially for special events. Record Archive hosts performing arts events on its two stages and its Backroom Lounge can host events of up to 130 people. Vintage decor, chairs and couches keep the atmosphere retro and festive. Since it’s all for sale, the furniture constantly changes.

Keeping with their vintage vibe, Record Archive sells vintage clothing and bicycles. It makes sense to sell these things in a store already appealing to a vintage-loving population.

The quirky diversity of the store’s offerings seems to work.

“We’re constantly evolving,” Alderman said. “There have been numerous record stores that have gone out of business because of streaming and digital music, but we can happily co-exist.

“People are defined by our stuff: clothes, cars, and things we have. The cool thing we have with vinyl is it’s a generation bridge builder. Grandparents are coming in with their grandkids.”