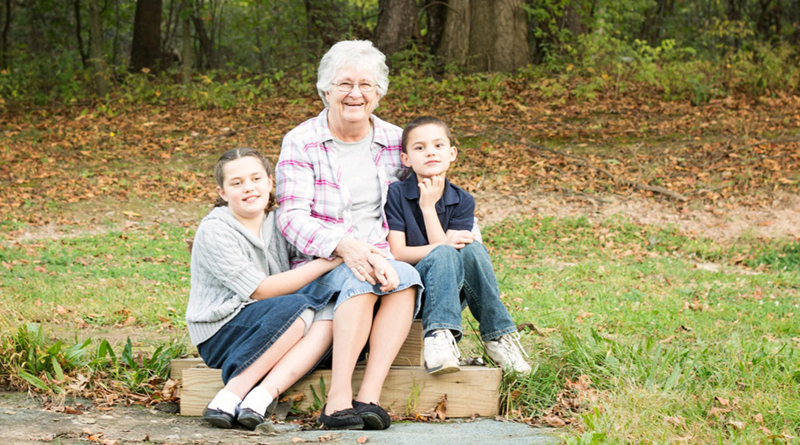 If you want a certain grandparent name to stick, start early

Now that you’re a grandparent-to-be, what do you want the little one to call you? If you want a certain grandparent name to stick, you’d better start using it early, whether it’s Gigi, Mimi, Gran or Gram and Pops, Grandad, Papaw or Gamps.

Why not stick with the tried-and-true Grandma and Grandpa? For families in which grandchildren have come early, the family may have four living generations. To avoid confusion with the “first” grandparents, Grammy and Poppy may be in order.

For other grandparents, Grandpa and Grandma sound too old. Aren’t grandparents the folks that while away the day shucking peas on a porch swing and griping about whippersnappers on their gizmos? For these grandparents, names like Granny, Gramps, Granpappy, Pappy and Nana don’t make the cut. They consider trendier sounding names like G-ma, Nema or Glammy and G-pa, G.P. or Pop-pop.

Some grandparents fully intend upon the traditional names, but when the little ones begin speaking, they can’t manage saying Grandma and Grandpa. So, Gamma and Bompa it is. And sometimes, that’s what sticks.

That’s partly how Phelps resident Dee Kuhn became Mema to her grandchildren. One of her granddaughters, now 23, couldn’t say Grandma, so it came out Mema.

“I’ve read that African Americans use that for a grandparent name and she’s half African American so I think it was just something she picked up,” Kuhn said. “It stuck with my other grandkids.”

Kuhn’s grandchildren total 26, plus two great-grandchildren. Her husband, William, goes by Grandpa or Poppy, as chosen by the children.

“You have to leave it up to the grandchild,” Kuhn said. “But what you call each other in front of them when they’re little is what they may call you, since what they hear is what they pick up.”

Thankfully, Terri Bobry of Pittsford wasn’t fussy about what her new grandchild would call her. She chose Grammy, since it sounded younger to the then 58-year-old. But Grammy proved hard to say, and for awhile, she was known as Gaggy to her second grandchild. Now both her grandchildren call her Grammy.

“I said, ‘Whatever they call me, I’ll love because I love them,’” she said. “If they call me ‘Poopyhead,’ I’ll still love it.’ It’s funny how what you think you want to be called and what you end up getting called aren’t always the same thing.”

Bobry said that one of her grandma friends goes by Coco, a nod to Coco Channel. Several others like Gigi. And a few like Glamma, to sound more hip.

As a reference to her Jewish heritage, Bobry’s mother-in-law, Betsy Bobry, is called Bubbe, a traditional Jewish grandparent name. Bobry’s sister-in-law, Linda Raff, liked the name, too. When she became a grandmother, she was dubbed Bubbe Red for her red hair.

“Pick something you like and that is fun and endearing,” Bobry said. “The truth is, even when they called me Gaggy, it was said with such love and affection, it’s fine. If it’s said with love, it’s a terrific name.”

Ann Cunningham, executive director at OASIS in Rochester, said that once she had children, she asked her parents what they preferred. They were re-christened as Grammy and Pop-pop.

“Sometimes, it’s between the parents and grandparents,” Cunningham said. “Sometimes, if both want to be called Grandma, it’s ‘Grandma Marie’ to tell them apart. With some, the names get morphed as the kids get older and they’re able to say the names.”

For more name inspiration, visit www.grandparents.com/family-and-relationships/grandparent-names for a list of grandparent names of all sorts.

How to Pick a Name

The American Association of Retired Persons (AARP) offered the following tips for picking a grandparent name:

1. Check with the other grandparents…

to make sure they haven’t already nabbed your preferred choice.

2. Don’t get too attached to your choice.

Your grandchild might have other ideas maybe better ones and what she picks will likely be used by her siblings as well.

Remember that the name is going to stick around and you may not want to be Gummy when you actually are.