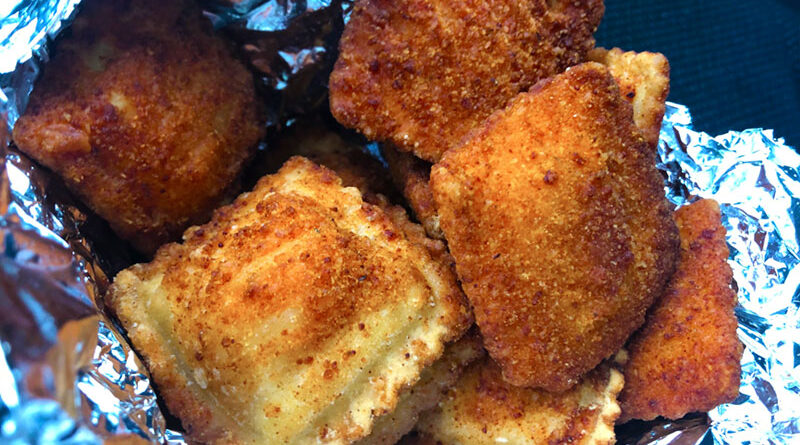 I’m kicking myself as I write this review of Canal View Family Restaurant: I should have gotten breakfast.

It’s not saying dinner wasn’t tasty, it’s just that breakfast is a key to my heart. However, traveling an hour with breakfast items doesn’t sit well. There are too many risks for potential soggy food, and cold gravy isn’t as good heated up. With pancakes, it’s the same.

Canal View, like many other eateries in July, is abiding by state-required guidelines for operation with limited seating but still allows customers to take away food to their home.

What caught my eye about Canal View, save this being my first stop in Newark ever, is the restaurant itself. Had I not Googled restaurants in the Wayne County village and traveled there on the whim, this family-style diner would have caught my attention for sure due to the aesthetic value of looking like a no-holds-barred diner.

As a car snack for my commute back home – giving in to food aroma is a celebrated vice — I started the meal off with deep fried pickles ($6.99). The small takeaway container was filled to the brim with quarter-sized fried delights. With a side of ranch, the option was complete. They didn’t fail to satisfy, and I actually saved a few for my fiancé.

It was difficult to say no to the spicy fried raviolis ($6.99). They needed to be enjoyed early as well. After all, who knows what would happen with an hour-long commute? Similar to the pickles, the raviolis were lightly fried. Being pasta, there is always a slight chewiness where the raviolis are pinched but it didn’t compromise the overall enjoyment of the appetizer. A side of marinara came with the raviolis. The slight sweetness of the sauce and subtle heat of the spices married well.

For an all-American diner in Upstate New York, it was necessary to go with the classic: burger and fries. I opted for the tower burger ($9.99).

Between two buns sat two char-broiled beef patties, bacon, cheese, lettuce, onion and tomato. The beef was good as requested and didn’t have a bland flavor. Combined with the aforementioned ingredients, it was a satisfying option. The fries were also very good.

The “Land and Sea” ($16.99) was the first entrée, which is what it sounds like: a 12-ounce New York strip steak, mashed potatoes, and three battered shrimp and scallops. It wasn’t bad but it wasn’t wonderful. As all food does after it gets off the grill or out of the oven, the steak continued to cook on the ride home. The medium rare slab of meat was slightly more done than expected but that’s OK. It also lacked seasoning. The naked steak also adopted some of the flavor of the shrimp and scallops as iffy compensation. Regardless, it was a good cut of meat.

The scallops and shrimp were good, especially since we received three of each. The breading fell off of them but the flavor and size of the shellfish were good. The mashed potatoes hit the spot.

We also went with the stuffed haddock ($12.99). The broiled haddock was filled with what is described as a “crab meat stuffing” per the menu, and judging by the price tag, it was deduced to be imitation crab. Although it wasn’t the real thing, it wasn’t rubbery or have an off-putting flavor.

The haddock was very good. The notable fish was broiled very well and was a very generous portion. The baked potato, well, was a baked potato. It was slightly dry and the skin was a tad tough.

Overall, you can’t go wrong with Canal View Family Restaurant, especially with a $60 bill for all this food.

In a world of chains, this hometown hero will satisfy your needs in a world with or without COVID-19 and restrictions.

I’ll be going back, for sure, to try the breakfast.

Photo: It was difficult to say no to the spicy fried raviolis served at Canal View Family Restaurant.