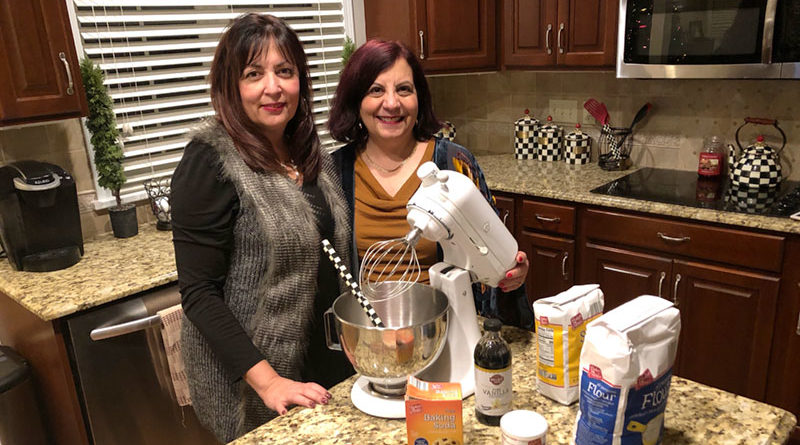 Diane Cook, 57, and Karen Zempel, 64, are sisters, not raised together but adopted into different families.

This is not uncommon. Due to choice or circumstance, many biological parents have not raised their own children.

The Adoption Network reports that 135,000 children are adopted in the United States each year. Currently, about 7 million Americans are adopted.

In the 1930s through the 1950s, adoption records were sealed to protect the reputations of parents who conceived a child out of wedlock as well as to prevent the child that no one wanted from being called a bastard.

Many babies were placed in loving homes, often matched according to race or ethnicity. Basic information — such as birth date and birth weight — was shared with adoptive families and with the adoptees themselves, but everyone involved was promised anonymity. Asked for genetic history about heart disease and diabetes, adopted children have nothing to say.

So how was it that Cook, who lives in Spencerport, and Zempel, a Fairport resident, were able to find each other?

Both women wanted medical histories. For other adoptees, it is a need for knowledge to fill a hole that can’t be easily explained to people raised by birth families. It is neither unhappiness nor a lack of love for their adoptive families; but rather some way to fill the gaps in their identity and gain a greater sense of self.

Cook and Zempel completed paperwork for the New York State Adoption Registry. They waited. Within a short time, they received each other’s names. Enter Facebook and learning that they shared a common friend.

More amazing was the fact that Zempel had been Cook’s college instructor in the 1980s. “I couldn’t believe we lived in the same county, much less having been within five feet of one another for months, with no idea we were related,” says Cook.

Cook says that she now has a sister and best friend. “But on a deeper level there is what I can only term a ‘cosmic connection,’ and what I mean by that is we just ‘get’ each other — whether it is a food preference we share or an outlook about life, truly I cannot begin to name them all.

“I see now it is so true that DNA cannot be refuted or denied. When I am sad, lonely or upset, my sister soothes my heart like no one else. We cheer each other on and revel in each other’s successes and happiness. We share a deep bond. I love my sister with all my heart, and know she feels the same.”

Zempel says some of their mannerisms are remarkably similar. “We both love most of the same foods, including our passion for mint chocolate chip ice cream and all sweets. We love jewelry, fashion and purses. Neither of us has ever ordered a beer in a restaurant because we hate beer, are totally awful in math, and we have zero mechanical abilities. Neither of us likes sports. We are also both left-handed!” she said.

“Finding Diane came at the perfect time for me. My kids were almost grown — both of them are adopted and couldn’t be loved more — and my husband had recently died. My heart had so much more room for inclusion and expansion. I realized that this student I had so admired was my younger sister and wanted me in her life as much as I wanted her. It was life-changing,” Zempel added.

The sisters agree they were loved by their parents but wanted to know their health history. In the process, they found each other. “For us, personally, we never had the need or desire to contact or know birth parents, because we have always thought of our [adoptive parents] as our only parents,” Zempel said.

Sometimes adoptive families feel threatened about their children seeking birth families while others are open to the idea. Cook’s adoptive father was living at the time of her search. Finding Karen, her dad was “absolutely over the moon.”

“He said, ‘Honey, you could not have found a better sister!’ I’ve gotten to know Karen’s mom, now 100 years old, and her sister- and brother-in-law. They have been very loving to me. Our adult children are accepting of us finding each other. It has been a win-win situation,” Cook said.

The sisters realize it does not always work out well, and some families may have trouble accepting a new biological family member.

The sisters have fun together, whatever they do. They enjoy going out for dinner, going to casinos, shopping, cooking, and attending plays, movies and concerts. They have traveled together. “It seems we are always on some adventure. God has blessed us,” Cook said. “We wish adoptees searching the same happy outcome we have enjoyed.”

Advice for Searchers Looking for Relatives

• It takes time to search. Some people might suggest you are “obsessed.”

• Your original birth certificate might contain the name of your birth parents.

• Be realistic about your expectations. Rejection is as much of a possibility as is acceptance.

• It takes time to get to know each other; you cannot really make up totally for all the lost years.

• Both parties need to want this new relationship.

With the advent of DNA tests and newer open laws surrounding privacy issues, there are no more “secrets.” However, DNA testing does not guarantee you will find biological relatives. Half siblings often appear as “first cousins.”

Photo: Diane Cook (left) and Karen Zempel found each other decades after their adoptions. Of the many things the sisters have in common, baking is a shared passion.