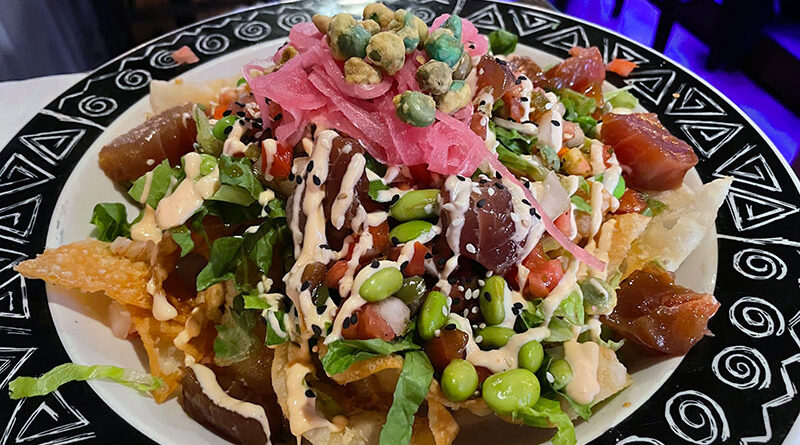 Satisfy your foodie desires at KiX on Main

To begin, here’s some major kudos for KiX on Main owners Kimberly Vakiener and Executive Chef Alexander Bacon, the “Ki” and “X” respectively (according to the restaurant’s website).

After learning these two names and some Internet searches, these familiar faces made themselves known as soon as I stepped into the door of 170 S. Main St. in Canandaigua.

So, it wasn’t the food that made the first impression.

These two are crushing hospitality. Vakiener kept striking up conversations with patrons, including me, and made sure I was being taken care of. Bacon was doing the same, walking to tables and making sure the food and service was more than sufficient.

To see the owners in the heart of dining hours is wonderful, especially for a new restaurant that opened in March.

Although KiX wasn’t my first choice for this month’s review—the first destination was closed for the evening—this restaurant caught my eye. It seemed so great that I pulled an illegal U-turn in order to park. I wanted to trust gut instinct. And my gut was starving.

The speakeasy-looking eatery boasted a lengthy tap list, and I opted for the Canandaigua Lakeshore Lager ($6) by the local Three Huskies Brewing. Instead of a malty amber lager, a golden beer filled my pint glass. After some Google research, I deducted that I was drinking the same brewery’s Canandaigua Premium Lager, a helles lager, because of the crisp sweetness. Regardless, it was enjoyable and refreshing.

The cauliflower wings ($12) made it out to the table first. Between truffle buffalo-style and honey barbecue, I opted for the former.

A couple handfuls of bright, red-orange breaded cauliflower florets were served with a cup of ranch or blue cheese.

To be honest, I didn’t try the sauce because (a) I dislike blue cheese and (b) these wings were delicious enough to not have a dressing distract from the flavor. The combination of truffle and buffalo wing sauce is incredibly balanced. They were coated and lightly fried to a firm crispiness. What’s supposed to be a shareable item may turn into a cutthroat competition to see who gets the most.

The poke tuna wonton nachos ($16) was a much larger serving than anticipated. This easily sharable starter is a heaping pile of deliciousness. Atop homemade, crispy wontons were generous chunks of fresh ahi tuna, cilantro salsa, pickled red onions, unagi sauce and sriracha aioli, and wasabi peas.

I chuckled aloud to myself because of the tasty gratification of the rare tuna. The peas added extra crunch and flavor punches with each bite. I took some home to enjoy the following day but it doesn’t keep — the wontons get soggy from the ingredients.

Sitting in a bath of spicy light red sauce are chunks of haddock, jumbo shrimp, clams, mussels and sausage. This is the seafood fra diavolo ($24). Aside from the ingredients, there’s nothing fishy about it. It’s a hearty seafood dish served with rotini pasta, onions and peppers. This medium-spicy entrée — mind you my tolerance for spiciness is high — is something you won’t want to share. Don’t eat it all in one sitting; not only is this filling but the flavor settles in.

Can’t choose marinara or alfredo sauce? Get the red and white chicken parmesan ($21). Two large, flattened, and panko-breaded chicken breasts sit atop a bed of rotini with both notable sauces. If this doesn’t sound right or unappetizing because these flavors should never be combined—don’t knock it until you try it.

Perhaps it’s because these sauces are fresh, KiX-made. The alfredo is rich and thick. The red sauce is chunky and memorable. There’s a crispy piece of cheese-topped chicken for each and it’s okay (and inevitable) when the sauces touch.

The heavy but delicious dinner came to just under $85 before tip.

There’s a lot to enjoy about KiX, from food to atmosphere. For a new restaurant during such a strange time in history, it has a solid operation and more credit goes to the owners and friendly staff. Cheers to the many, many years to come!

Photo: The poke tuna wonton nachos ($16) at KiX on main. The serving was much larger than anticipated.