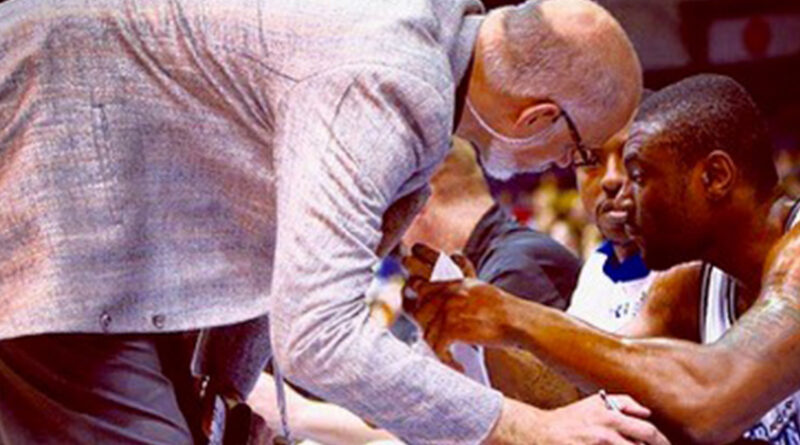 Sitting on the sidelines at age 60? Not Dan Dunne.

In 2021, he was selected as an observer in the National Basketball Association’s Assistant Coaches Program.

This intense sixth-month program is designed to teach a select group of former NBA, G-League, WNBA players and a coaching group of four observers, the ‘nuts and bolts’ of the skills needed to be a NBA or G-League assistant coach.

Dunne and the group’s participants received extensive technical training in how to operate and navigate scouting and video editing software, analytics and technologies. They also gained a deeper knowledge of player evaluations; the ability to develop detailed scouting reports and how to create individual player development plans. The program also included hands-on coaching experiences, professional development and event-based networking opportunities.

How did this all occur?

Dunne has an extensive basketball background. At 6’10”, he played collegiately at Big East conference member Seton Hall University, then four seasons professionally in Puerto Rico (his mother was born on the island), where his team won the Superior Basketball League’s championship in 1978. As a young man, Dunne was also on the Puerto Rican Junior National Team, the Puerto Rican National Team and was named to its Olympic team in 1980. He also played one season professionally in Australia.

He was the only one from New York in this year’s program and was by far the oldest participant in this year’s group (by probably 20 years). He laughingly referred to himself as the “geezer of the group.”

His coaching experience also is substantial. He has been a FIBA (international basketball’s governing body) certified coach and worked the open tryouts for several G-League teams: Raptors 905; Long Island Nets; Delaware 87ers/Blue Coats; and several others.

He coached at SUNY Brockport, Niagara University, and Molloy College, as well as internationally (USA, Puerto Rico, England, Germany, Ireland, Italy, Ecuador, Burkina Faso and Australia). This energetic basketball lover founded and managed his own player development company, Full Court International. He scouted for the Harlem Globetrotters and several teams in international leagues. (Some names readers might recognize in his vast experience include Razorsharks — Antoine Broxie (now an assistant coach with the Cleveland Cavaliers), Troy Jackson, Darren Moore, Chace McKinney, Josh Chichester and Paul Rosen. This list of achievements certainly made Dunne an attractive candidate for an observer position.

“I was very happy and excited about being selected to participate in the Assistant Coaches Program. The selection process was very competitive. There were several former NBA players who had applied to be in the program three or four times before being accepted this year. To be part of such a prestigious program and to be trained to coach at the best professional basketball leagues in the world was mind-blowing,” he said. “I learned more than I ever thought I could learn about the technology and am now comfortable in using most of the software, something I would not have been able to say six months ago. The program also taught me that there is a lot more to coaching than just knowing the ins and outs of the game.”

“Coaching in the NBA or G-League is a 24/7 job and you have to love the game to put in the time and effort to coach at that level,” he continued. “The way I look at it is that I had a great 30-year teaching career at Monroe Middle/High School. In the next chapter of my life, I can pursue my passion to coach basketball… possibly at the highest level and partly because of my being in the Assistant Coaches Program. It is very exciting! How many people at our age get the opportunity to get their shot at the Big Time?”

Dunne’s interests are not limited to sports. He and his wife, Melanie, are parents to three grown daughters (all of whom played basketball in high school, college or the Amateur Athletic Union) and two dogs. They attend St. Theodore’s Church in Gates and contribute to the parish’s food cupboard, St Theo’s Clothes Closet, Catholic Ministries Appeal and Faith Formation Classes. He is also a member of Knights of Columbus, Council 3982; Ancient Order of Hibernians, Division 7 and the Sons of the American Legion in Greece.