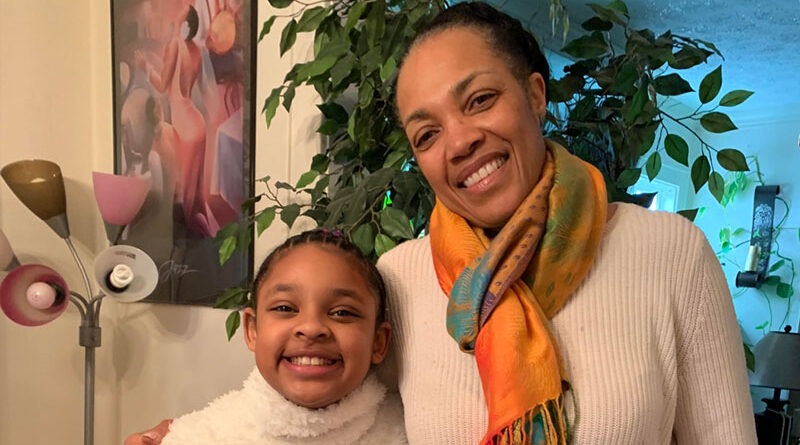 At an early age, Ghislaine Radegonde-Eison absorbed various cultures and a worldwide perspective that even most adults rarely have the opportunity to experience.

Not only were both her parents French Caribbean, she was born in Madagascar, lived in French Guiana and Martinique and her family finally settled in the south of France. Growing up as the second eldest of six children, she saw taking care of others and adding to their life as essential.

“I’ve always had a well-rounded view and understood the importance of the impact you can have on someone,” said Radegonde-Eison, 60, of Rochester. “Taking care of my siblings gave me a lot of responsibility at an early age, and I knew they were looking up to me. I had to be that example and role model for them. It was instrumental to the person I am today.”

She has spent her life taking that mindset to another level.

Radegonde-Eison is a program manager at The Frederick Douglass Institute for African and African-American Studies at the University of Rochester and is also involved in the language and culture department teaching French. She is also a member of the American Red Cross advisory committee which helps with disasters and other humanitarian hardships that affect communities.

While teaching at the University of Rochester, she joined with colleagues to form the Woman of Color Circle, intended to give women a safe space to talk about issues they are facing. For the past nine years, it has created an outlet for guidance and the common thread of supporting each other.

“College is a time when you are forming who you want to be as an adult,” said Radegonde-Eison, who has a master’s degree in human development and a doctorate in education. “You are learning the foundation of your career and where you want your place in life to begin. A strong educational environment is important so you can expand your knowledge, grow and be the best person you can be.”

During her journey in life, she met her husband, Carvin Eison, who at the time was with Garth Fagan Dance. She was involved in the International Theater of Dance in the south of France where they were performing. Eventually they met, found a connection and she eventually went on the road as a translator for the dancing troupe.

Her husband was the project director for the Reenergize the Frederick Douglass Project which placed monuments around the city of Rochester; the original statue resides in Highland Park. At the time, it was the first statue of a black man in America.

“We were long distance for around five years in a time where there was no internet so we would connect when he would land in Europe. We eventually connected our lives together,” she added.

Almost a year ago, she wanted to expand her ability to help others. She joined Big Brothers Big Sisters of Greater Rochester as a “Big” where she mentors a young woman,  Laila, once a week. Even since COVID-19, they have walked in the park or talked on the phone.

“She is an incredible young woman and I am trying to help her become her best self. When you get involved in your community, it helps you understand your community better. Frederick Douglass said it is easier to build strong children than repair broken men,” said Radegonde-Eison.

Big Brothers Big Sisters relishes having people like Radegonde-Eison as they meticulously match mentors and mentees.

“If you think back to someone who has truly influenced your life and then remove that person from your experience, you can see the impact that just one person can have,” said Lisa Mattoon, CEO of Big Brothers Big Sisters of Greater Rochester. “Having someone that makes you feel supported and cares about you can make the biggest difference in the world. We have seen the impact that connection has made.”

The organization, which has been serving Monroe, Ontario, Wayne and Yates counties for 40 years, believes in creating a strong, one-to-one and professionally supported mentoring relationship to serve as a foundation for transformative connections. There are 500 mentors like Radegonde-Eison and mentees with a waiting of at least 400 for the latter. There is a philosophy of developing positive relationships that have a direct and lasting effect on the lives of young people. Even with COVID-19, the organization has worked to make sure those lasting ties are not broken. A combination of virtual meetings, phone calls and one-on-one meetings have taken place.

“We hear our mentors talk about how they are gaining so much from this experience and that it has exceeded their expectations,” said Mattoon. “They truly feel the relationship as it grows. We have people who are committed to spending quality and quantity time and it shows in the connections that exist.”

Those mentored, also called “Littles” in the programs, can range from 8 years old to 24 years old.

“We know middle school and high school can be challenging times and these are the opportunities where a Big Brother or Big Sister can be impactful and change the course of someone’s life,” she said.

In her spare time, Radegonde-Eison gardens, planting pine and hydrangea. Being outside has been a breath of fresh air during this challenging time.

“With everything going on with COVID, it has been just relaxing and a piece of heaven to be outside planting flowers,” said Radegonde-Eison. “It’s important to take a moment and just enjoy the beauty that the world has to offer.”

Every year, she feels more invigorated and advises other seniors to feel the same.

“I don’t think because you turn 55 or older you stop being involved and stop contributing to society,” said Radegonde-Eison. “We have a lot of wisdom and time to give the younger generation. There is no limit to what you can do at any age.”

Photo: Ghislaine Radegonde-Eison of the University of Rochester and Laila, a girl she mentors through Big Brothers Big Sisters of Greater Rochester.