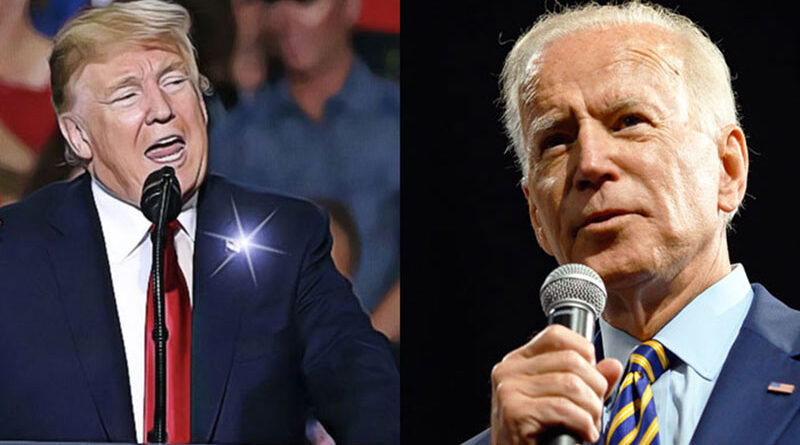 At an age that most Americans are enjoying retirement, two politicians in their 70s will face off to see who will lead the most powerful country on earth. Are they up to the task?

Regardless of which of the two presidential candidates is elected this November, a septuagenarian will be commander-in-chief. President Trump is 74; Joe Biden is 77. By the time either would finish a four-year term, he would be close to or slightly over 80 years of age.

Are these seniors up for the task?

The stressors of the job are many, including the jam-packed schedule brimming with meetings, travel and speeches. A president doesn’t have a lot of down time. While the effects of travel are often mitigated by assistance and the use of Air Force One, it still takes a toll.

There’s also the stress of acting as a public figure who’s the leader of a world power. The media watches constantly, scrutinizing every word, action and expression. It’s like living under a microscope. That’s a lot of pressure.

The president must also bear responsibility for decisions made. How will these choices affect future generations of Americans? How will they affect countless other nations? It’s really an awe-inspiring concept.

Chronic stress can be difficult for a person of any age. It can contribute to a lowered immune system, increased heart rate and blood pressure, digestive problems and muscle tension. Add to this the typical age-related maladies most people experience and it would seem that being president as a septuagenarian would be detrimental to health.

Each candidate’s baseline health also makes a difference. The webpage Ranking the Health of U.S. Presidents (https://www4.medicaresupplement.com/content/healthiest-presidents) places Donald Trump at 26 out of 44 based upon several factors. His score for diet, exercise and sleep are low. He ranks a perfect five in alcohol/tobacco and vision/hearing/dental. His body mass index (BMI) of 29.87 places him in the category of overweight. According to a CNN report, he takes a statin drug for cholesterol. CNN also reported that he scored a perfect score on the Montreal Cognitive Assessment.

Nearly half of US Presidents were overweight or obese. The site predicted Donald Trump’s lifespan will be 84.2 years, older than predicted for former Presidents Barack Obama (82.7), George H.W. Bush (78.4), Bill Clinton (75.7), and Jimmy Carter (75.4).

According to his 2018 physical when he was 72, President Trump’s blood pressure was 122/74, resting heart rate was 68, LDL was 143 and total cholesterol was 223. Each of these numbers is healthy to slightly elevated, according to the Centers for Disease Control and Prevention.

In December 2019, Joe Biden received a physical from his physician. Its published results reveal that his BMI is 24.38, his blood pressure was 128/84, pulse is 72, LDL was 69 and total cholesterol was 126. His blood pressure is considered “elevated” by the CDC; however, the rest of his numbers are within the normal range.

Although he has experienced an intracranial hemorrhage from an aneurysm in 1988, it was successfully repaired and he has not had any recurrence. CNN reported that he also takes a statin drug to control cholesterol and also takes Eliquis, medication to prevent blood clots.

“People age differently,” said Ann Marie Cook, president and CEO at Lifespan in Rochester. “We know a local 91-year-old who does ski patrol. Dr. Anthony Fauci is another great example at age 79. We have Supreme Court justices who serve the country well into their 80s. Physical and mental capacities vary by person. If physically and mentally fit, age shouldn’t be a knock-out criterion for presidency.”

To simply look at age as a disqualifier smacks of ageism.

“People age differently. We know a local 91-year-old who does ski patrol. Dr. Anthony Fauci is another great example at age 79. We have Supreme Court justices who serve the country well into their 80’s.”

Ann Marie Cook, president and CEO at Lifespan in Rochester.

Ann Cunningham, director of Oasis Rochester, has spent her adult life working with senior adults. She said the expression “age is just a number” is true.

“I work with senior adults who are vibrant, vital, energetic, engaged and enthusiastic,” Cunningham said. “They have a lifetime of experiences that shape their understanding of the world around them but are still willing to use those same experiences to shape new understandings as well.

“I’ve also seen our senior adults open to embracing change and taking risks, especially during this pandemic. We cannot underestimate the power of age and wisdom.”

Self-care plays a large role in maintaining a healthy life. Phil Berchard, doctor of chiropractic, operates Mount Hope Chiropractic & Wellness in Rochester, which focuses on self-management of health as well as therapy to help clients with their health concerns and prevent health problems.

Berchard sees patients of all ages. He said that he has seen plenty of people in their 70s and 80s “perfectly capable of functioning better so than some in their 60s who don’t take care of themselves. It has to do with their health practices.”

He thinks that good stress management can help mitigate the ill effects of stress in the position and that exercise can help people age better.

“It’s always been my observation that in general, the position where they’re overworked,” Berchard said. “As far back as I can remember, I think people serving as President are over-extended. If there were capability to allow them to have more time for their health, to not be involved for even an hour a day, that would be important.”