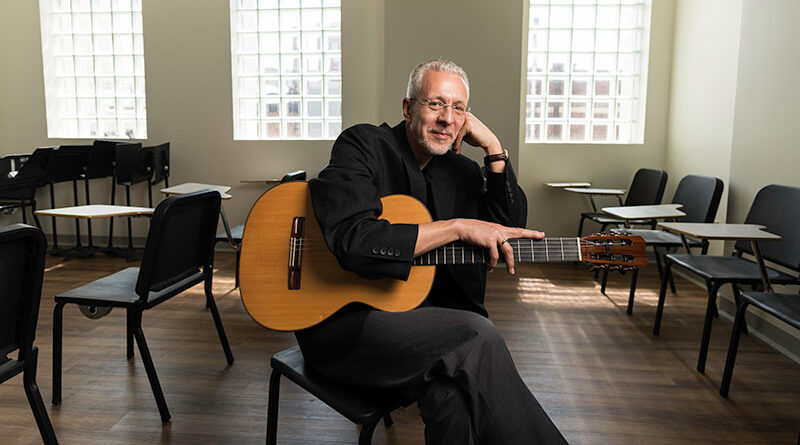 Ever wished you had learned a musical instrument? It is not too late. Learning to play later in life is pretty common, according to Brigid Harrigan, director of Rochester Academy of Music & Arts.

“Sometimes we have grandparents come in with their grandkids and they say, ‘I wish I could have done that’ and I say, ‘You can. It’s never too late,’” she said.

About 80% of her students have never played an instrument. The school’s 500 students include a 92-year-old who began studying piano three years ago, quite contrary to the idea that to learn an instrument, one must start very young or with a specific career goal in mind. Learning to play can offer benefits other than a profession.

“For seniors particularly, playing an instrument is a great way to keep socializing,” Harrigan said. “There’re a lot of physical benefits. It increases memory. It calms the heart rate, eases anxiety and even enhances the part of the brain that affects hearing.”

Unlike purely physical hobbies, most people can play an instrument all their lives.

While some might ascribe to the adage that “you can’t teach an old dog new tricks.”

“For seniors particularly, playing an instrument is a great way to keep socializing. There’re a lot of physical benefits. It increases memory. It calms the heart rate, eases anxiety and even enhances the part of the brain that affects hearing.”

“It’s a matter of how people view life,” he said. “If you look at it as a learning process and believe you can learn and grow regardless of your age, of course you can learn new things.

“In my mind, this is one of the easiest new things to try. It doesn’t take big resources. It involves no physical pain. Once you make the decision that now I have the time to try something I’ve never done before, with the right attitude anything is possible.”

The school instructs 400 students who are aged 50 and older through one-on-one lessons and through group sessions in the New Horizons ensemble and the beginner ensembles.

There are no downsides to trying a new instrument.

Eastman student and Rochester resident Patrice Rustusia, now 71, began playing at age 60. Fellow retiree Susan Miller of Rochester roped her into watching her flute lesson — with a promise going out to lunch after. During her visit, Rustusia’s resistance melted. She became so enthusiastic about playing an instrument that she signed up for lessons and found a rental instrument before the promised lunch.

“Cellos have always just resonated with me,” Rustusia said.

She liked how encouraging the instructor was, even though she had never played an instrument.

Rustusia admitted that her confidence wavers at times; however, she advises those taking up an instrument to have patience with themselves and to enjoy playing for the sake of playing.

“The cello is for me so I find that when I play the cello, it’s my time taking care of me,” she said. “It’s something I do for my pure pleasure. I have spent my whole life in service to other people; this is for me.”

John Bucci, owner of The Music Store Inc. in Webster, said that personal satisfaction is a common reason many older adults take up an instrument.

“They want to play a favorite style or a few certain songs,” he said. “Some want to be able to play the guitar around the campfire. It’s not something they are doing for other people.”

Although returning to music after decades of hiatus is a common theme among adult students at Mobile Music in Canandaigua, co-owner Tim Chaapel said that many older adults start learning to play because they never had the time to do so before. The school provides 400 lessons a week.

“Many are lawyers, doctors and professionals that take their instrument to work and on their lunch break, they pull out their instrument and find it a good break in the middle of the day,” Chaapel said.

“Studies show it’s not only relaxing and helping people unwind but what it does for memory is good. You have to coordinate your mind and hands.”

His wife, Denise, co-owns the business. She said that unlike some younger students, “older adults are extremely hard on themselves. They’re the first to beat themselves up if they didn’t practice. They’re paying for the lessons instead of paying for a child so there’s more accountability. They’re taking it seriously. They definitely want to be here and excel.”

Photo: Petar Kodzas, associate dean and director of Eastman Community Music School in Rochester. The school instructs 400 students who are aged 50 and older through one-on-one lessons and through group sessions in the New Horizons ensemble and the beginner ensembles.