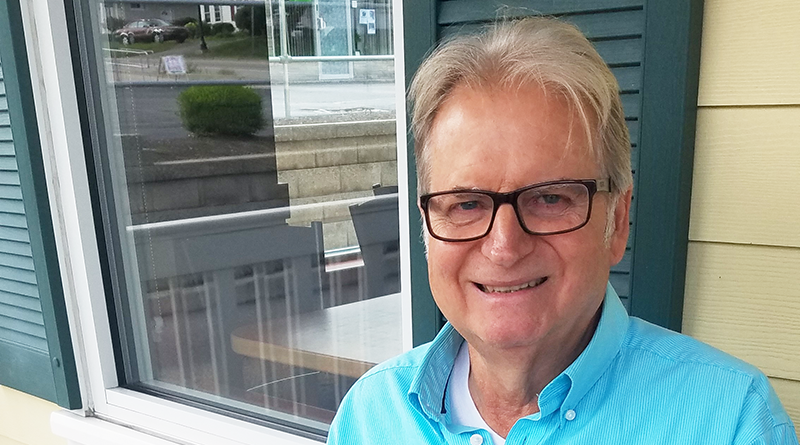 Jay Diedreck worked for Monroe County Health Department for 30 years. He left, wrote and published a book. He’s now working on his second one 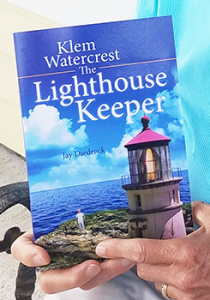 Fifteen years ago Jay Diedreck, 67, built a 13-foot lighthouse in his backyard in Chili. At night the Fresnel lens shined bright, a beacon for anyone who was looking for guidance in the dark.

He and his wife Alicia live in Spencerport now, but the lighthouse still stands at their old home. He’s almost as proud of it as he is of his latest book, Klem Watercrest the Lighthouse Keeper (Christian Faith Publishing, 2017).

Before he became a published author, Diedreck worked for 30 years for the Monroe County Health Department as a health inspector. A storyteller by nature, he started writing when his son got married.

Tasked with a traditional father-of-the groom speech, he went above and beyond by actually writing a small book filled with “some precious moments and some silly moments” from his son’s childhood.

But Diedreck knew that there was a bigger story in him. In 2015 he retired from his job with the county and by February 2017 he had almost completed The Lighthouse Keeper. The story came to him quickly and his typing fingers struggled to keep up with the story and his ideas

“The storylines and the people just flooded into my mind. The scenes in front of me were zipping by so fast I could hardly get it down fast enough. It was truly so much fun to write, and sometimes my thoughts flew so fast that it took some fast fingers to get it all on the printed page.”

The setting of the story is the fictional town of Port James on the coast of Maine. The central character, Klem, is the proud and gentle lighthouse keeper and a source of light and wisdom for the residents of Port James.

Diedreck and his wife have a special fondness for Maine and have visited at least 14 times. “I guess I have saltwater in my veins,” he said about his love of the sea and coastal Maine.

Sections of the book are delineated by charming illustrations drawn by Diedreck himself and include everything from rustic garden gates to watchful seagulls and tiny fish.

The core of the story is one of community with a hint of adventure, but at the heart of it is a love story about Klem and his wife, Jane.

“I think it reinforces the beauty of marriage and the relationship and how to nurture that and enjoy it,” said Diedreck. “The thought of writing a love story filled with caring friendships, triumphs, struggles and a splash of adventure was exciting for me.”

The book is also an exploration of faith and how Klem helps those around him find solace and joy within the church. Klem is always available to spiritually advise his friends who are struggling through tough times:

“Hank, my friend, faith is a journey. Just like a person taking a lifelong nature walk. Sometimes, your faith is strong, like you have reached the top of the hill in your walk. And sometimes, it is weak, like when you are in a valley. I call this my faith journey and everyone faces this in their lives.” (page 34) 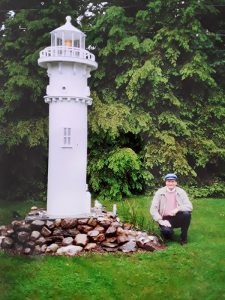 Seth Oakman of Christian Faith Publishing told 55 Plus that the publishing house, “looks for books that share our core Christian values, and this book does just that. Jay has been very good to work with. He’s a gracious individual, and we are very proud of our work with him.”

Responses to the book since its release in February have been overwhelmingly positive, and the book has particularly resonated with Rochester area locals, the author said.

Diedreck’s neighbor, Bruce Hinman of Spencerport, was excited to hear that his friend wrote a book and was eager to read it. He was very impressed with his writing skill and the storyline especially since this was Diedreck’s first effort at fiction. Hinman who is a frequent visitor to Cape Cod and the New York coast enjoyed the seaside setting and said that reading it was, “almost like reading a story in Yankee Magazine!”

Art Reimherr of Chili also appreciated the setting but the characters are what really resonated with him.

“The characters in his book are what I’d classify as typical New Englanders with the kind of virtues us older Americans value so highly: love of community and family, dedication to service for the well-being of others, and certainly love and respect for our mates.”

Reimherr, like many others, is also very excited for Diedreck’s forthcoming book, Seaside Journeys of Faith. “You can be assured that when it comes out for sale I’ll be close to first in line to purchase it,” said Reimherr.

Diedreck was excited to get his book out into the world, and it can now been found in seven public libraries in Monroe County. He has also been stealthily placing copies in “Little Free Libraries” around the area as well as presenting them to lighthouse gifts shops not only in Maine but in Rochester, including the Charlotte Lighthouse. Klem Watercrest the Lighthouse Keeper can also be purchased on the Amazon and Barnes and Nobles websites.