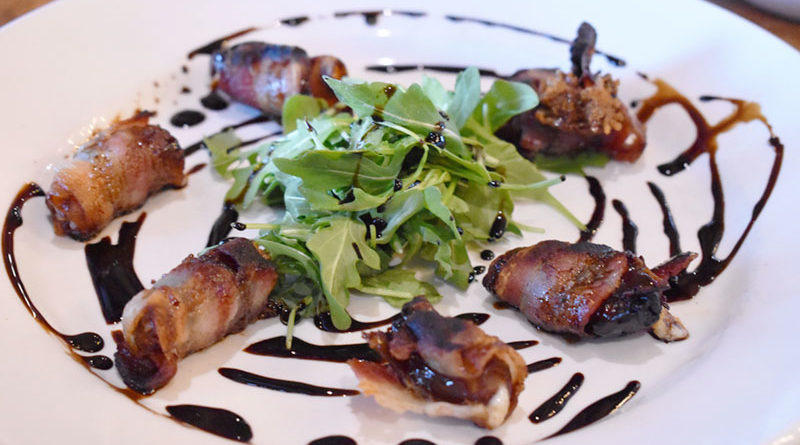 Head to the The Gate House for remarkable meals

There were a plethora of things running through my head when I stepped into The Gate House, 274 N. Goodman St. in Rochester. It’s great to be greeted immediately. It’s so bright and warm, and the décor and staging are posh magazine worthy. Colonel Mustard really did use the candlestick as the weapon of choice in the conservatory.

The large-paned windows welcomed a lot of sunlight into the photogenic restaurant, which is located in the local-focused Village Gate Square. The Gate House is surrounded by Italian restaurant Polizzi’s and craft cocktail lounge Nox, and it shares a building with unique and independent boutiques. All this sits appropriately on the cusp of the arts district of the city.

Upon the arrival of my friends’ family, we placed our drink orders: a glass of the house cabernet ($8), a coffee ($3), and two teas ($3 each). The great thing about the tea, is that it steeped in mini porcelain kettles. Fellow patrons opted for the tea, a setup I saw while waiting in the dining area. It was difficult to say no to that steeping aesthetic.

For the 12-and-under crowd, there is a notable kid’s menu with delectable go-to options. The kids went with the mac and cheese ($7); a peanut butter, banana, and Nutella sandwich on honey wheat ($7); and a bowl of ice cream ($2).

The cliché is appropriate — life is short, eat dessert first. The bowl of ice cream came out first, and, without hesitating after agreeing the ice cream’s presence was totally fine, the older of the two gals devoured the dairy treat, which was surrounded by a halo of whipped cream.

Although I didn’t put my hand in the way of a child’s mouth and her bowl of ice cream, I did steal a sample of mac and cheese and a bite of the PBBN sammy. The creamy mac was nice and flavorful. It doesn’t reinvent the wheel, but it is woodfired. The hint of smoke is top notch. The youngest devoured her sandwich, and the piece I had — I’d personally order that.

The Gate House does have a wood fire oven, and they’re not afraid to use it whenever possible, especially for their pizzas.

For the oldest three kids at the table, our selections from the large menu included bacon-wrapped dates ($12) and the baked brie plate ($13) for starters. We also opted for the Xerox pizza ($17) and Gate House vegetarian lasagna ($19).

The baked brie plate’s description is an easy sell with bacon jam, pecans, (more) dates, and a warm baguette. It came out with style. The warm bulbous brie was topped with the aforementioned items. Baguette wedges were placed in the corners of the serving board, and each of those were cut in slices. The aroma and congruence of the fruit, nuts and bacon jam is award winning.

Many of the offerings are named after something Rochester-related. The Xerox wood-fired pizza is no different; although what it’s composed of may not have anything to do with the company, it is a pie to replicate. Topped on a thin crust sits arugula, pancetta and chicken, plus mozzarella and ricotta cheeses. Instead of olive oil, lemon garlic butter adds that extra flavor.

It’s a nice light pizza and was just as good as leftovers. The chicken is crispy, which is always a tough practice. There was a slight dryness to the chicken as a result of frying the poultry up and then sticking it in the oven. However, that was the only thing I could zero-in on.

The generous slice of stacked-high lasagna came out smothered in tomato sauce, baked in (you guessed it) the woodfire oven. A blanket of mozzarella with a golden singe covered the variation of the Italian staple. The proverbial cherry on top: creamy basil pesto béchamel. The butternut squash was plentiful to the point of intimidation, but this was a table favorite.

This entrée does come with a salad, but we passed due the number of us, and opted for the garlic rosemary fries. The dusted crispy fries were some of the best due to the garlic and rosemary seasoning, which was just enough. It wasn’t poured on, and it appeared as freckles on the stick potatoes.

Before tip, for three adults and two children, the food to feed a small army came to $104.76. The little ones seemed to enjoy it as much as we did. Family or dates, The Gate House has its doors opened.