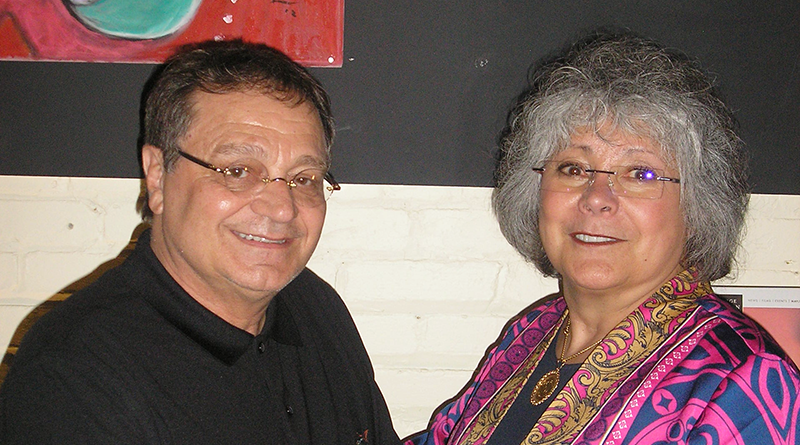 “Opportunities have always been presented to me, and I took them,” says the founder and head of Delta Strategem, Inc.

That willingness to grab for the brass ring seems to run through Mangione’s family. Back in the late 1950s, Rochester was one of the hubs of the clothing industry. Hickey Freeman, Bond Clothing, and Michaels-Stern & Co. had factories here back then. Though Hickey Freeman still makes top-of-the-line suits here, the other firms are out of business.

Over in Torino, Italy, Anna Mangione saw a chance for a better life for herself and her family. Her skills as a seamstress were in demand in Rochester, and she managed to obtain a job here before leaving her home.

Anna, her husband Aldo and Tony, their 14-year-old son, arrived in the United States at the end of 1961. Though neither of the adults spoke English, they managed to settle into a home on Rochester’s Miller Street. While Anna worked as a seamstress, 40-year-old Aldo, a skilled woodworker, walked to the now-defunct Edwards & Son department store on Main Street. There, he made his way to the store’s furniture repair shop.

“He walked right in, and he sat down, picked up some tools that were there, picked up a piece of broken furniture, and he started fixing it,” Tony explains.

Others in the shop told him to leave, but Aldo continued working. After a time, they recognized his level of skill.

“They hired him on the spot,” Tony says, with a hint of pride.

Aldo almost lost that job the next day, when he began eating the lunch he’d brought with him, which included a beverage most people drink with meals in Italy.

“In Italy, everyone has a glass of wine,” Tony explains.

Someone pointed out that Edwards’ employees couldn’t drink at work. Thereafter, Aldo left his wine at home.

Tony’s parents began attending night classes in English, and enrolled their son in a local Catholic school. Though the boy spoke Italian, and some French and German, his rudimentary command of English left him at a disadvantage.

Though he flunked most of his subjects that first year, Tony subsequently went on to acquire three master’s degrees, including a Master of Business Administration from the Rochester Institute of Technology.

Tony’s work history reflects that kind of drive. He spent 23 years with General Motors, working his way from production line worker to comptroller of its component assembly plant in Rochester. In 1993, he left GM to form his own company. Delta Strategem, Inc., which helps transform small companies from the bottom up.

“I developed a methodology where I’m able to take a company that is ready to go bankrupt, and within six months turn it into a profitable operation without laying anybody off,” Tony asserts.

Since he founded the one-person firm, Tony has helped more than 100 firms grow, some of which were overseas. At the age of 71, he picks and chooses his clients.

Instead, Tony appears to give much of his attention to running the Italian Film Series and traveling with Sharon, his wife of 46 years, who is the human resource director for global business and functions for Carestream Health. They visit Italy at least once a year.

“I always go to Torino as a base, and then we go off and take a different chunk of Italy,” Tony says.

The couple has also visited London, Paris and parts of the Caribbean. They also spend time with their two grandchildren and their son, who is stationed with the U.S. Army outside of Washington DC.

Ask Tony what’s in store for him in the next few years, and he offers up a smile.

“I’m not one of those five-year plan guys,” he says. “I believe life will always throw opportunities to you, and you just go with it.”