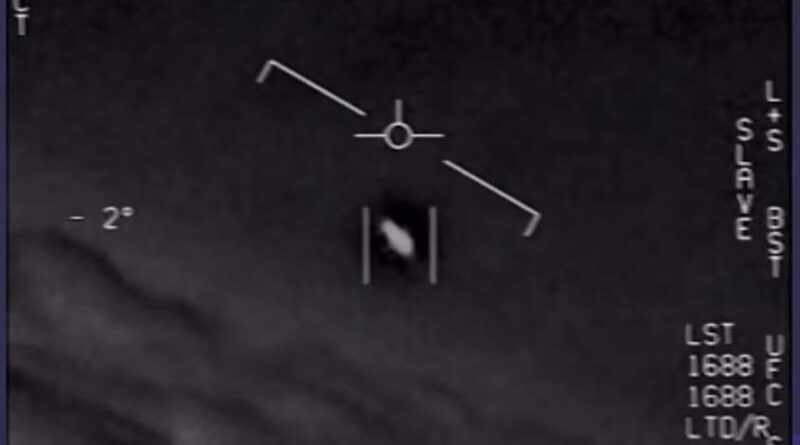 Rochester had the most reports in 2020 with 10, followed by Buffalo with eight, Utica, six, and Kingston, three

As one observer put it, either aliens were extra curious about what was happening on earth in 2020 or perhaps we were cooped up too long during the COVID-19 pandemic.

Whatever the reason, UFO sightings in Upstate New York nearly doubled in 2020 compared to 2019.

Make no mistake about it, UFO interest among those interested in this phenomenon is at a fever pitch, both in the United States and abroad, propelled by a government report that came out in mid-2020. UFOlogy, as it is often called, is big business and rakes in millions from fascinated followers some of whom claim to have had unexplained experiences that could have involved alien intervention.

I had two such experiences in my life. Do I believe in UFOs? Even now, I am conflicted and ambivalent in trying to provide an answer. My experiences were not definitive; they could be explained by other factors, but then again… More about this later.

Perhaps the best known paranormal location in our region is Historic Thompson Park in Watertown, which contains a zoo, pavilions, tennis courts, trails and a paranormal vortex that reportedly transports visitors to another time and space only to return them confused and disoriented.

According to hauntedhistoryrail.com, eyewitnesses have reported seeing the vortex move throughout the park during the past century. Mysterious disappearances and reappearances have been reported since the park opened in 1905, according to NNY Living.

While this sounds like a fun urban legend, the city of Watertown has recently acknowledged the strange tales, although you won’t see references to it on the city’s website or its promotional brochures.

Here’s an oddity for you: I am sure that many of you have heard of the infamous Area 51 in Nevada, which is a hush-hush U.S. Air Force Base. The top secret nature of the base has made it the subject of conspiracy theories concerning UFO stories. Well, the codename for Area 51 is “Watertown.” It seems that the head of the CIA when the name was given was Allen Dulles, a Watertown native.

One guidebook gives this advice to those planning to visit Thompson Park: “Just be sure to say your goodbyes in case you get blinked into another dimension.”

At Mexico Point in Oswego County, Casey’s Cottage attracts those interested in the supernatural and other phenomena. According to promotional material, after the death of the cottage’s owner, Dr. William Casey in 1978, visitors started reporting hearing faint organ music or cries for help. They also reported instances of furniture being moved, candles dropping from shelves and missing keys showing up in bizarre places. There also have been reports of a young girl standing near a tree on the property under which she was buried.

Several visitors reported a UFO hovering over the property several years ago for several minutes, but an investigation never confirmed the report.

Meanwhile, the interesting Pentagon report about the distinct possibility of UFOs seems to have been overlooked to a large degree among the flurry of reports about the COVID-19 pandemic, but to those of us who remain fascinated with UFO sightings it was a major revelation, especially since the government has often pooh-pooed the existence of UFOs.

The Pentagon officially released three short videos showing unidentified aerial phenomena that had previously been released by a private company.

The videos showed what appeared to be UFOs rapidly moving while being recorded by infrared cameras. Two of the videos feature military pilots reacting incredulously at how fast these objects were moving. The U.S. Navy released the videos officially in March after previously acknowledging them on September 2020.

The Navy said it was releasing them “to clear up any misconceptions by the public on whether the footage that has been circulating was real, or whether there is more to the videos,’’ according to Pentagon spokesperson Sue Gough.

“As I got close to it, it rapidly accelerated to the south, and disappeared in less than two seconds,’’ retired U.S. Navy pilot David Fravor told CNN.

“This was extremely abrupt, like a ping pong ball, bouncing off a wall. It would hit and go the other way.’’

President Joe Biden has ducked the question about whether he believes in UFOs. When asked at a news conference about comments by former President Barack Obama, who made reference to the Pentagon report on these unidentified flying phenomena, Biden suggested to the reporter who asked the question that he query Obama.

Like many Americans, former President Donald Trump is skeptical of UFOs. After seeing the videos, Trump said, “I wonder if it’s real. That’s a hell of a video.” Trump said people say they see UFOs all the time. “Do I believe it? Not particularly,” he said.

The government has been studying UFOs for decades. One high profile program initiated through the efforts of former U.S. Sen. Harry Reid of Nevada was scrapped in 2012 after five years after the Pentagon said they had higher priorities for funding.

A former Pentagon official, who led the government program to research UFOs, said he believes there is evidence of alien life reaching Earth.”My personal belief is that there is very compelling evidence that we may not be alone,’’ Luis Elizondo told CNN.

I have had two unexplained UFO experiences in my lifetime. The earlier one was in my hometown, Summit Hill, Pennsylvania, when I was 14 years old. I remember waking up during the night and seemingly being compelled to walk about six blocks from my home to a coal bank across from the catholic church I attended.

I was telepathically instructed to board a cylindrical craft which had landed there. My next recollection was my mother’s voice waking me up several hours later. I was in my bed.

My mother was angry. She wanted to know why I tracked coal soot through the house. She looked at the bottoms of my feet and found her proof. Where were you without shoes? She demanded to know. I could provide no answers.

I didn’t tell her about my experience because I wasn’t sure I believed it. Was I sleepwalking? I had never walked in my sleep before this nor since. Was this a dream? If so, why were my feet so dirty?

I didn’t even tell my best friends, because I thought they would laugh at me and figure that I made up the whole thing. After all, they knew the impact the motion picture “War of the Worlds” had on me. We had seen it just a few weeks earlier in 1953. It was the scariest movie I had ever seen to that point and it left me so shaken that I sneaked into my parents’ bedroom after I had seen it and curled up and went to sleep at the foot of their bed.

The second experience was about 20 years later. I had fallen asleep on our living room floor in our home near Stroudsburg, Pennsylvania, one evening after playing indoor football with my three young sons.

Suddenly, I was jolted awake. Still trying to get my bearings after coming out of my deep sleep, I felt this compulsion to go outside. I put on my coat.

“Where are you going at this hour?” my wife asked. “I don’t exactly know,” I replied.

When I stepped into our front yard, I was compelled to look up into the star-filled night sky. I saw this cylindrical object seemingly hovering above me just above rooftops on our street. “What the heck?” I muttered. I stared at it for about five minutes. Then, it moved straight up, made a right-angle turn and was gone in an instant. The following day, I learned of numerous other reports of sightings throughout the Poconos.

I wrote a first-person account of my experience for the Easton, Pennsylvania, newspaper for which I worked at the time, and the episode was recounted in the book, “UFO Exist!” by Paris Flammonde of East Stroudsburg, Pennsylvania.

Featured image: Screenshot from a video posted by the Pentagon on YouTube. This and other videos were released in March 2021, showing what appears to be UFOs rapidly moving as recorded by infrared cameras.