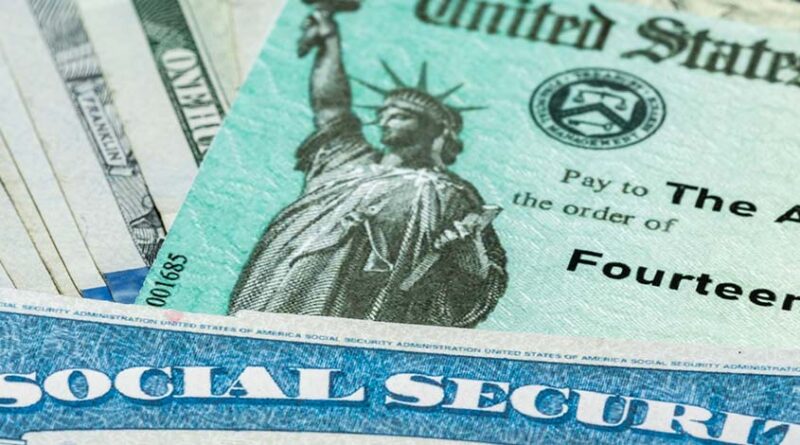 According to the 2020 annual report from the board of trustees of the Federal Old-Age and Survivors Insurance Trust Fund and Federal Disability Insurance Trust Fund, Social Security’s income is expected to exceed its expenses this year. The report projects that reserves will be fully depleted by 2035 and annual taxes are expected to cover only about three-quarters of the benefits each year after that.

See what else awaits Social Security in the near future and find out what the program will look like in 2035 — you might want to learn how to stretch your money now.

Part of the problem can be attributed to longer life expectancies, a smaller working-age population and an increase in the number of retirees. By 2035, the number of Americans 65 and older will increase to more than 78 million from about 56 million today. As a result, more people will be taking money out of the Social Security system — but there will be fewer people paying into it.

That doesn’t mean the program will run out of money entirely, though. Payroll taxes are expected to cover about 76% of scheduled benefits. But, if the 21% funding gap isn’t filled, retirees could get lower Social Security payments or workers might need to pay more into the system. If no changes are made, this is what Social Security could look like in the future, according to experts.

If you plan to rely on the program in 2035, keep in mind there’s a chance you could receive less in Social Security benefits than you might have expected. If no changes are made to deal with the trust fund shortfall, benefits will have to be reduced by 23%, according to the 2020 annual report from the trust funds’ board of trustees.

Is It Likely That Benefits Will Be Cut?

Some experts doubt that a big slash in Social Security benefits is forthcoming.

“The ramifications of that event would be beyond traumatic for everyone in the country,” said Joseph E. Roseman Jr., a Social Security expert and retirement planner at Retirement Capital Planners. “You’ve got a national disaster on your hands.”

That’s why he thinks Congress will step in before 2035 to prevent such a deep cut in benefits. Mary Beth Franklin, a Social Security expert and contributing editor for Investment News, agrees that a big cut in benefits is unlikely.

“As pensions are disappearing, people are relying more on Social Security,” she said. Because of the program’s popularity, politicians won’t want to tinker with benefits for existing retirees and will likely have to find other solutions to the trust fund shortfall.

Even though Social Security isn’t expected to run out of money for 15 years, several options for changes have already been floated to deal with the budget shortfall. These options include:

If benefits aren’t cut, tax revenue for the program will likely have to increase. One way to do that is to increase the payroll tax rate. Social Security is funded through a 6.2% payroll tax that workers pay, plus another 6.2% that employers pay (self-employed people have to pay the full 12.4%).
What Would Happen: If the trust fund reserves become depleted, the payroll tax would need to increase by 3.14 percentage points to increase revenues enough to sustain the program, according to the 2020 annual report from the board of trustees. If nothing is done until 2035, the increase would need to be 4.13%.

However, Roseman doesn’t expect Congress to raise the payroll tax to boost trust fund reserves. “There’s probably the least appetite for that than anything you can look at,” he said. “It’s a tax increase.”

➋ More Wages Could Be Taxed

What Would Happen: To help the trust fund remain solvent, the taxable wage limit would have to be even higher — or lifted entirely — so that all income would be subject to the payroll tax, Franklin said. This change would affect high-income people whose earnings above $144,000 currently escape taxation for Social Security.

What Social Security Would Look Like in 2035 With This Change: Raising the taxable wage limit would only affect people whose wages exceed the current contribution and benefit base. For example, if you make $80,000 per year, you pay Social Security taxes on all of your income, so whether the limit is $130,000, $300,000 or removed entirely, it doesn’t affect your payroll taxes.

Because tax hikes aren’t popular, Congress will more likely raise the full retirement age for Social Security benefits, Roseman said. That means younger generations will have to work longer before they can start collecting benefits.

The Social Security funding shortfall could be solved by cutting benefits by 19% for all Social Security beneficiaries — including those who are currently receiving benefits, according to the 2020 annual report from the board of trustees.

What Would Happen: Both Roseman and Franklin said there are proposals to raise the full retirement age gradually to 69 — that would keep more money in the trust funds. At the same time, it might eliminate a popular strategy that retirees use to maximize Social Security income. Currently, if you delay collecting retirement benefits past your full retirement age, your benefit increases each year you wait until age 70, Roseman said.

➍ The Social Security COLA Could Be Reduced

What Would Happen: To keep the Social Security trust funds solvent, there could be changes to cost-of-living adjustments, Roseman said. Most likely, the formula wouldn’t change for people born before 1960. But, people born after 1960 might see a reduced COLA, he said.

If that happens, benefit checks will not keep pace with inflation. People who rely heavily on Social Security might have to find ways to reduce spending to make ends meet.

What Social Security Would Look Like in 2035 With This Change: As the past few years have shown, inflation adjustments to Social Security benefits can be small or nonexistent. Low cost-of-living adjustments could make it very hard for people living on fixed incomes to pay their expenses in places where housing and rent costs are rising each year. Plus, seniors spend more than younger people on healthcare costs, which tend to rise faster than the cost of inflation.

➎ Benefits Could Be Cut

What Would Happen: Should the Social Security reserves run out in 2035, benefit cuts could take various forms. The simplest cut would be an equal one across the board. Another option would be to cut benefits differently based on income. For example, the top 25% or top 50% of earners might see their benefits reduced, whereas benefits for lower-income Social Security recipients would remain intact.

Similarly, Social Security could become a means-tested benefit, determined in part by the recipient’s income or other assets. Currently, if you paid into the Social Security system, you’ll receive benefits regardless of your income or assets.

Is This an Easy Problem To Solve?

As Roseman sees it, the Social Security shortfall problem is easy to solve — but it’s not easy to get Congress to make the necessary changes. “Nobody wants to compromise,” he said.

This article was originally published in March 2022 on GObankingrates.com. We have reproduced the article with permission. —The Editor