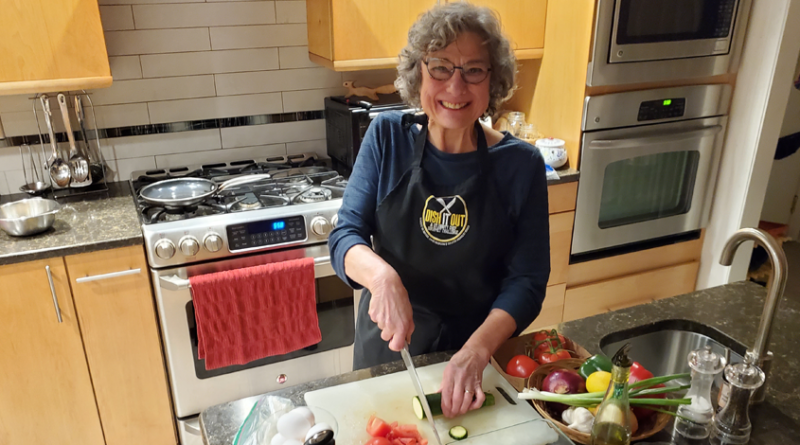 Immigration laws forced Angelina Caridi to emigrate from Italy in 1948 before she turned 21 or lose the right to enter the U.S. She reluctantly left her husband and her 1-year-old baby, Rosita, in Italy and boarded a ship bound for New York City. It would more than a year before Caridi would be reunited with her daughter. A tiny traveler; at age 2 and a half, Rosita Caridi was the first child to fly unescorted across the Atlantic Ocean in 1949. 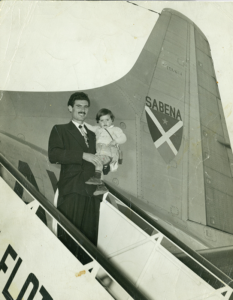 “I don’t remember being scared,” said Rosita Caridi, now 75. After 22 hours in the air, the prop-plane landed in NYC’s Idlewild Airport (now JFK). A room full of strangers, her grandfather–sponsor, her mother and newspaper photographers and reporters greeted little Rosita.

Rosita Caridi lived in a predominantly Italian neighborhood in Long Island City until she was 11.

“I was bilingual. We spoke the Calabrian dialect with my father and grandmother and English with others. For me, growing up Italian in America presented challenges with identity and culture. What was I? Italian or American? I grew to embrace both cultures. I am an American, an Italian American with a rich heritage.”

The Caridi family “moved up” to Jackson Heights in Queens. Rosita Caridi attended high school at Holy Cross Academy in Manhattan, followed by Mount St. Mary College in Newburgh, where she earned a BA in mathematics and Rochester Institute of Technology for her MS in computer science.

In 1968, Caridi married and moved to Rochester.

“I worked at Kodak for one year before the birth of my children, Mark and Kristin, and I stayed a ‘work-at-home’ mom until the late ‘70s. I knew there was more out there for me to explore. When I returned to the workforce, it was as a teacher of mathematics, data processing and computer science at Monroe Community College.”

After earning her MS, she returned to the corporate world to work as a software engineer at Scientific Calculations followed by positions in technical management and marketing at Kodak and Xerox.

It was an interesting time for a woman in corporate America. Women were just beginning to share their skills in the technologies, science and business.

“While it was not easy (in fact, it was often darn right frustrating) to be the ‘only woman in the department,’ I was proud of the fact that I was ‘making it’ in a male-dominated profession,” she said.

“I am happy that my children and grandchildren, female and male, have a more open world in which to use their talents.”

At 55, Caridi decided to end her lucrative corporate career and follow her heart.

“I loved the technologies, but I felt unfulfilled in that arena,” Caridi explained.

In 2005, with no experience in the food industry, Caridi became a self-taught chef, plunged the food business and opened Cibi deliziosi, offering Italian-inspired cuisine, catering, cooking classes and cooking parties. 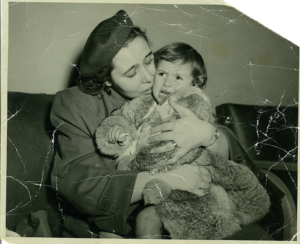 Caridi sums up her culinary career as: “I never worked so hard for so little money and loved it so much.”

Cibi not only fulfilled Chef Caridi’s dream of owning her own business, but it also introduced her to lifelong friends, strengthened her passion for food and cooking and gave her many chances to share that passion.

Caridi explained that food is important in Italian culture.

“It brings family and friends together and shares our love. Because of conquering forces (the Arabs, Romans, Greeks, and Spanish among them) and the geography of the land, the 19 regions of Italy each offer distinctive cuisines. But it is all Italian. The food is simple using few ingredients with emphasis on freshness and quality. It is comforting as well as exciting,” she explained. “Cibi customers often wanted to learn to cook homemade pasta, regional sauces and seasonal vegetable dishes in cooking classes and hands-on cooking parties.”

Her early Cibi customer and now dear friend, Elizabeth Osta, brought Caridi into the Sons and Daughters of Italy in America, which celebrates and strengthens Italian American heritage. Chef Caridi leads the Italian Regional Dinners, an annual event focusing on a different region of Italy each year and produced by SDOIA members.

In 2022, Rosita Caridi-Miller earned SDIOA’s Lifetime Achievement award. From that 22-hour trip from Italy to her life in America, Caridi embodies the love of her birthplace and continues its traditions in the U.S.A.