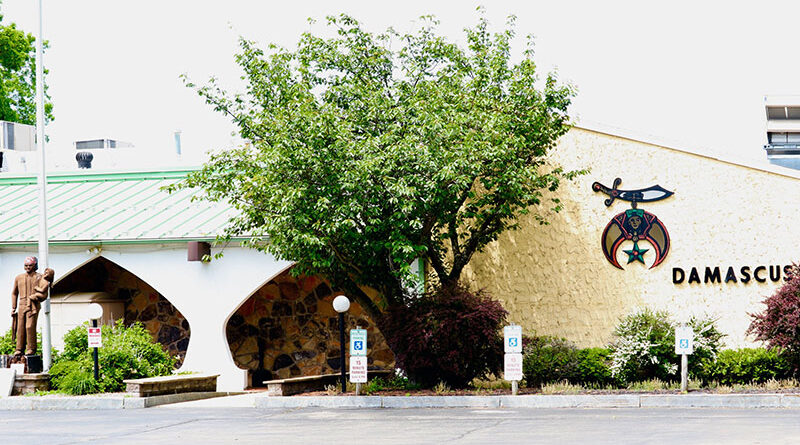 It’s self-fulfillment, becoming the person you feel you should be

Is this the perfect time to consider joining a fraternal organization?

The members of the Damascus Shrine in Webster think so. And, they have a lot of reasons.

First, as COVID-19 restrictions lift, we’re all finding out how much we’ve changed; and in how many ways, in the last year and a half. Many of us have discovered that we’re missing some things in our lives.

Second, we’ve seen America change. We’re not as civil with one another, not as pleasant and neighborly and, most important, not as honest.

Freemasons and Shriners believe in personal integrity and the sanctity of one’s word.

Third, we’ve gone through decades of slow, quiet migration from houses of worship and a connection with a supreme being. The Freemasons and Shriners aren’t religious brotherhoods, but members do accept that a higher power guides their lives and calls for leadership through service to others.

Fourth, the social part of our lives has become more important in balancing our mental and physical outlook. Many of us lost a great deal of that social fabric during COVID-19 and getting it back isn’t so easy. Shriners is a brotherhood of fun in community service.

Fifth, we like to think of ourselves as decent human beings, deserving of respect and possessing integrity. We enjoy being around people who are like that.

Bruce Katz is the assistant rabban at the Damascus Shrine in Webster. He serves as the Shrine’s communications director and public relations guy.

“In the heyday of fraternal organizations, we might have had 3,000 members in the 1920s and 1930s,” Katz said. “Back before you could get 200 channels on your TV, people joined organizations. That was the social life of many families.”

Katz pointed out that there have been little surges of interest in Freemasonry after the movie National Treasure and Dan Brown’s movies and books (Inferno, The DaVinci Code, Angels & Demons) because of the storylines involving Freemasonry symbols and rituals.

He feels that what Masons and Shriners offer today are spot-on important for so many men seeking a richer life.

“If ever there was a need, it’s now,” he said. “Freemasonry is a fraternity of the brotherhood of man. I came to the Masons to be part of something larger than myself, associating with other good men with similar interests for a good purpose. It’s self-fulfillment, becoming the person you feel you should be.”

Katz admits that he, the Masons and Shriners have a challenge—to increase membership and keep these brotherhoods alive and community-relevant.

The Shriners are Masons, yes, but with a different bent.

“Shrine is the playground for masonry,” he said. The Masons have a great purpose; the Shriners want to have some fun on the way to that great purpose.”

Once you’re a third-degree Freemason, which can take about six months to go through the process, you can apply to be a Shriner.

Rochester has always been important to the Shriners, who organized right after the Civil War in New York City with 13 Freemasons, one of whom was Walter Fleming, a Rochester doctor who established the Damascus Shrine as the second in what are now 200 Shrine Centers in the world. In response to the polio epidemic, Shriners opened their first hospital in Shreveport, Louisiana, in 1922. There are 20-some Shriners hospitals today providing specialized care for children with orthopedic, burns, spinal cord, cleft lip and palate issues.

Now that COVID-19 restrictions are falling, Damascus Shrine is doing its best to let members know it is alive and well and seeking to interest new members.

Cruise nights will begin July 2 at the Shrine site on Bay Road. You can polish your wheels and join the fun for free, with the Shriners offering food and drink as a fundraiser. The nights will continue each Friday into the Labor Day weekend.

Katz said the Shrine’s leader, Potentate Jason Simmons, “is absolutely incredible on the social aspect of things” and is moving to get his membership more visible and involved.

The Shriners’ “clown cars,” for instance, are being renovated and refreshed for a new year of service.

“He organized a cornhole tournament,” Katz said. “That got a lot of people in the door who had never heard of Masons or Shriners. We’re planning a music event for later this summer. We have a sportsman’s raffle coming up in July for guns and meat packages for $30. We’re also putting together a miniature golf tournament.”

Other groups are thinking about a golf league, a band, a craft-brewing course, a shooting sports club and a yacht club.

The efforts are beginning to succeed.

“It feels vital at times,” Katz said. “But there are times when we have a function and we’re hoping to get 75 people and 30 attend.”

He has high hopes for the cruise nights, which are highly visible and well-attended.

“We’ve not done a good job of providing awareness of who we are,” he said. “There are a lot of things we can do. We flailed in COVID-19. It took us months to get together using Zoom. But we expect things to change soon. Now it’s time to do something.”

A statistician by training with an MBA, Katz believes

Again he stressed that Potentate Simmons has his finger on where the membership needs to go and what it’s willing to try.

The Shrine itself has a large banquet room, a lovely pavilion that overlooks Irondequoit Bay, a full commercial kitchen and decent-sized bar. All of it is for rent for parties, gatherings and weddings.

Katz is on the board of the Shriners’ Hospital in Springfield, Massachusetts, and sees the impact of what an organized fraternity can support. Each Shriner makes a contribution to the hospitals across America and there are reminders everywhere of the Shriners’ dedication to helping children.

“A man does not stand so tall as when he stoops to help a child,” Katz said, echoing the mantra of the Shriners.

Right in front of the Damascus Shrine is a statue of a Shriner carrying a child.

Photo: The Damascus Shrine, in Webster. Shriners are members of a benevolent fraternal organization that supports 20-plus hospitals that provide special care for children with significant medical needs. The Shriner motto is, “No man stands so tall as when he stoops to help a child.”