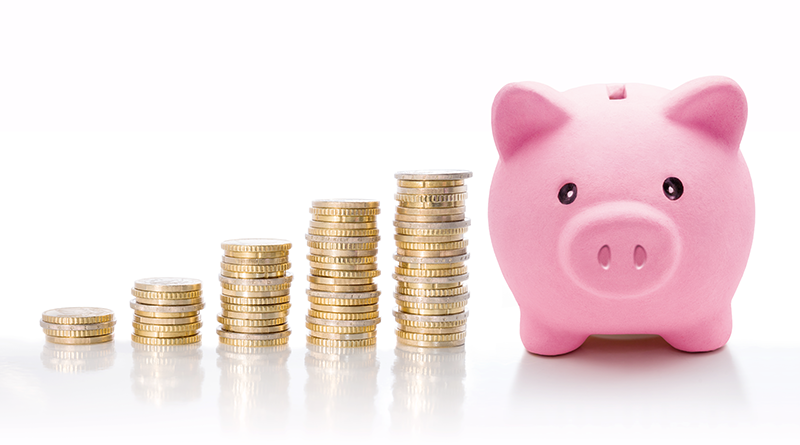 The concept of saving for retirement can sometimes be more daunting than saving itself. It’s especially the case if you decided much later in life to start thinking about your financial future.

However, experts say even a later start in life past the age of 50 can still set you up for a better path in retirement.

Katrina Smith, senior vice president of Wealth Management at Sage Rutty in Rochester, believes once people get over the mental anxiety of the saving, the rest is simple.

“It is very easy talking to a professional and setting up a plan for your life,” she said. “The hardest part is not beating yourself up if you feel like you waited too long in life or the other side of feeling like saving will affect you living your life. Those two fears can paralyze someone from even starting.”

Smith has a vast amount of experience with retirement planning and understands much of her senior clients’ challenges. She said one of the early barriers she encounters is getting someone to talk about their money. A person’s finances can be one of the most personal aspects of their existence.

“When you are talking to an expert about your finances, I understand that people feel a little vulnerable and exposed. Usually money is something you talk about only to the people who you are closest with,” she said. “But you can’t let that fear keep you from making that first step.”

When Smith first talks with clients, she asks many questions. That’s because in order to offer a person a plan that fits them, she says she must understand their lives, whether they want to be aggressive savers or play it safe. The first advice she gives people is being honest about their finances and realistic about their goals.

“I can’t tell you to buy certain mutual funds or stocks, if I don’t know what a person feels most comfortable doing. With the market being an emotional being by itself, people also tend to forget that they lead with their hearts more than their heads,” said Smith.

Nat Goodhartz is one of Smith’s clients. She sought financial expertise in her early 50s because she wanted to retire early. Smith helped make that happen. Goodhartz said she grew up with not having much so it was important to be financially comfortable. After already establishing a retirement plan from her job at the State University of New York at Brockport, she wanted to find a financial adviser so she could transition to her greater passion, which was coaching fencing.

“What drew me is that she didn’t speak in incomprehensive language that overwhelms you,” said Goodhartz, 74, of Hilton. “It’s not about being babied but having a common language to explain how I could retire in six years. She helped me find a path where I could be financially comfortable without taking risks.”

After the first step of talking with a financial adviser and then deciding the plan that makes you more comfortable, the next step is even more personal — changing your mindset. Experts say not prioritizing your new financial plan has the same effect as not prioritizing New Year’s resolutions.

“Anything where you don’t put your full effort toward your goal will make it harder to maintain and succeed,” Katrina Smith said. “You have to create your new pattern and follow through. Anything you can save even if you started at 55 years old will give you a little more cushion in life later on.”

Even though you can save at any age, an early start remains the best option. That’s what Charles Willard did, another one of Smith’s clients. He began saving right after college. At the time, he wasn’t married, but knew one day he would want a wife, kids and the ability to support his family.

“My folks lived through the depression and I was born at the end of it,” said Willard, 78, of Rush. “The way we received things in life was to save for them a little bit at a time. I remember being 8 years old and saving my allowance to buy a $5 baseball glove. I kept that thinking throughout my life.”

It’s an example of how beginning earlier in life can pay off.

“When you save in your early 30s, there is simply more you can do,” added Smith. “With the market being volatile, you can adjust to the ebbs and flow of it because you started decades before retirement. Plus you can make money work for you when you start early.”

While her clients vary in personality and habits, she said people might be surprise, about what type of clients are hardest to manage. The most difficult people are the ones who are intrinsically saving their money.

“Those are the people who are natural savers and have been saving all their lives. It makes them feel good whenever they put money into their savings accounts,” said Smith. “When they start getting closer to retirement age and have to start taking the money out, they sometimes panic. It’s very hard to change that mentality too the other way.”

If you are starting later in life, she suggests first putting away a little bit a time. That will lessen the feeling of completely changing your life without making you frozen in time by standing still. Smith said put money into your 401 K and retiring system until it hurts. And if it starts hurting then you can pull back.

“The bottom line is you want to be able to stay independent until your last day in life,” she added.

Expert: Be Your Own CFO

”Focus on your goals and objectives, and use money as a way to meet those. If you need your money in 10 or 20 years out, you shouldn’t panic when there’s market volatility,” said Nannette Nocon, a financial adviser with Ameriprise Financial Services in Rochester.

“Just look at that long-term perspective. If you have a short-term need, your money shouldn’t be exposed to short-term volatility. Also, look at doing comprehensive planning, because one point of life that changes has ripple effects on other points. Working with a financial adviser that fits your personality is important too. You have to make sure you’re comfortable communicating with your adviser.”

Here are some tips from Nacon, if you started saving later in life:

Nacon believes that you want to start putting a little money into your employer’s matching system as soon as possible. If they match up to 6 percent, start putting 3 percent of your salary in or at least whatever you can start. Then after that, the key is increasing every year. If you increase from 3 to 4 percent the following year and keeping going 1 percent higher each year then you will see a significant difference. The worst thing that can happen is that you end up saving too much money.

In retirement, you will be living off a lot less than the income you are currently making. You should practice for six months living off what you think you need for retirement. After the experiment, it will let you know if you need to save even more money or if you believe what you are saving now will be sufficient. It is also a great test for people who think they are ready to retire. It will let you know what your financial quality of life will be.

Nacon said there are apps or websites that can help you track how you are spending your money. Once you recognize a pattern of financial leakage, it can help educate you on what financial challenges you may have on your horizon.

“You have to be your own chief financial officer,” added Nocon. “Saving a little bit at a time even if you started later than expected can make a difference. You can never spend enough time thinking of your financial future. I have a philosophy that says raise the bar higher than your last personal best.”