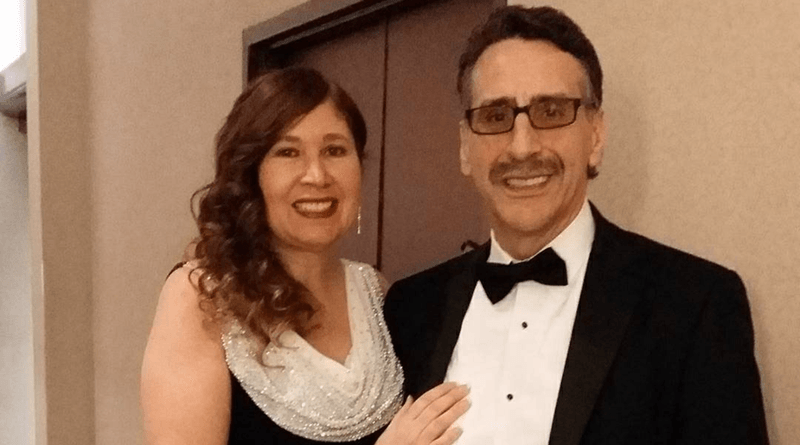 On Sept. 20, 2017 María Delgado Sutton, 55, of Spencerport watched the TV news in horror as Hurricane Maria forged a path of destruction through Puerto Rico. Torrents of rain and winds upwards of 155 mph pounded the island. By the time the storm had settled, millions of people were without power and thousands lost their lives.

As she continued to watch over the next few days her anxiety rose and grief set in. The place of her birth was a scene of horrific destruction. She couldn’t reach any of her loved ones for days. The TV was showing images of flattened homes, uprooted trees and people separated from family members in the ensuing chaos. There was a shortage of food and supplies. People waited in lines for hours to get water.

“My heart broke for the people there,” said Sutton. “I clearly remember crying at home. I was frustrated that I could not just hop on a plane. The island was calling my name.”

Her friends in the Rochester area felt the same as Sutton — helpless and worried. Concern grew that the United States government was not adequately assisting with the relief efforts. Lisa Beth Nanartowich, 54, also of Spencerport couldn’t believe the suffering she heard about. “I’d watched enough news to know that the government was not doing enough fast enough,” she said.

Steve McAlpin 59, of Webster met Sutton in the 1980s when they were both in the US Army Reserves. He was very upset that the Puerto Rican population wasn’t getting enough help.

“These are Americans as much as you and I are,” he said, “I was pretty upset about that, the way the people were being treated.”

Sutton’s husband, Jim Sutton, is a physician assistant at Rochester Regional Health and is on a disaster medical assistance team (DMAT) with the Department of Human and Social Services. After the hurricane he was deployed to Puerto Rico to provide medical care. “I stuffed telephone numbers and addresses of family into his uniform,” Sutton reported. She was comforted by the relief efforts of local organizations such as Puerto Ricans United in the Distance, Ibero, The Red Cross, and Poder Radio station.

One Box at A Time

“I contributed to the Red Cross, I assisted in helping agencies here in Rochester to help our people there, but still I knew I had to make more of a personal contribution.”

She brainstormed on what to do and decided that sending “One Box at A Time” was where to start. She packed boxes with supplies like batteries, canned food, and flashlights. “All the boxes are filled with at least three meals and hygienic products,” Sutton noted. “Each box contains a letter of hope, encouragement, and support. Each box contains a self- addressed stamped envelope to foster relationships across the ocean.”

The supplies and boxes grew in number and she realized that she couldn’t do this alone anymore.

“I reached out to my family, neighbors, schools in my Spencerport community, and local churches. I reached out through social media, and I knew many ripples were being created. Pretty soon interviews began, word began to get out, fundraisers were started, many donated and wanted to help my cause. I will forever be grateful to Lisa Beth Nanartowich, Terri Werth, and so many others that believed and supported me in this project!”

Nanartowich was “hooked” on the project after sending three boxes. She sat down with Sutton and worked diligently to find ways to get more out. “We both wanted to solve the problem all by ourselves but reminded each other along the way that we would serve everyone better if we could get more people involved,” Nanartowich commented. “If only we could get organized and get the word out. So, we did. We have shopped, saved, boxed, raised money, and made lots of contacts. Puerto Rico One Box has made such a difference and given hope to many people.

Solangee Delgado Sutton Betancourt, 55, of Rochester has known Sutton (no relation) since they were little girls. She, too, pitched in to make the project a success. “We started to think up ideas for fundraisers to collect non — perishables food items and toiletries, stuff they needed so badly. Little by little more people joined María in this wonderful effort to help Puerto Rico and to date hundreds boxes have been mailed so far.”

In December of 2018 Sutton and friend Terry Werth, 71, also of Spencerport, took a trip to Puerto Rico — at their own expense — to connect with the church groups and individuals they had partnered with. They were extremely busy once they made it to Yabucoa, Puerto Rico.

“Every day we had a humanitarian mission to complete. We attended two church services. Delivered quilts to a boarding home for the elderly. We visited an elementary school and donated supplies to a pre-k class. Every evening we went to visit my cousin, Miguel, who has stage 4 cancer, at the hospital.”

The visit to the group home for the elderly was particularly poignant for Sutton who retired from her job as a supervisor for the Outreach team at Oak Orchard Health in Brockport to care for her aging parents.

“The elderly are our history that hold the keys to the secret of life. They need our presence, our touch, our love, and our respect.”

Betancourt also had the elder generation on her mind as she packed boxes. “My mom was very sick at the time with dementia,” she remembered. “I was doing this in her name, because I know if she was here mentally she would want me to help María every way I could. So every time I sent a box to Puerto Rico I signed it from my mother Ruth Delgado Sutton Mendez who sadly passed away June 19, 2018.”

Even though Hurricane María swept through in 2017 the relief efforts aren’t over and Sutton is still helping.

“As I continue to remember and mourn for the lives of the 3,000 plus lives lost, I vow to continue to advocate for those still in need there. More than a year has gone by, but Puerto Rico, a tiny island, a commonwealth of the United States, should not be dismissed. While this mission has come to an ‘end’ I promise to continue to do all that I can to continue efforts of rebuilding Puerto Rico and educate those with misconceptions of Puerto Rico.”

To learn more and find out how you can help please visit the One Box at A Time Facebook page: www.facebook.com/PuertoRicoOneBoxAtATime/